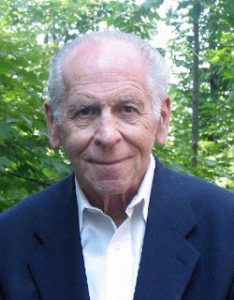 Today is the 100th anniversary of the birth of Thomas S. Szasz (1920-2012), the most unappreciated libertarian in modern times. Beginning with his book The Myth of Mental Illness in 1961 and proceeding through dozens of books and hundreds of articles, Szasz, a Hungary-born physician and psychiatrist, spent more than half a century analyzing and debunking the myriad violations of individual liberty committed in the name of health, public health, and mental health. He dubbed the union of government and medicine The Therapeutic State.

In this cause, Szasz, who was also a historian and philosopher, not only documented the many ways in which the so-called mentally ill have been persecuted, imprisoned (involuntarily hospitalized), and tortured (drugged, lobotomized, electroshocked, etc.), he also demolished the establishment’s case for the oppression and so-called “treatment” of recreational drug consumers, sellers, and manufacturers; homosexuals; would-be suicides; and other officially disapproved persons. No one was better at exposing the horror of the “war on drugs” — it’s a war on people not drugs, of course — than Szasz. And keep in mind that when he defended the liberty of gays and lesbians, psychiatry still listed homosexuality as a mental illness. (Organized psychiatry voted [sic] it off the list in the 1970s.)

Most relevant to the world today, Szasz insisted on the traditional liberal distinction between personal health and public health, specifically, between conditions that may be harmful only to oneself and conditions that may be harmful to others, such as through a serious, contagious disease. He objected to the illiberal blurring of that line, which has justified interventions against people who have not harmed others and could not do so by, say, breathing on them. No one, Szasz wrote, has the right to declare someone else a patient — whether sick or not — against his will.

Many libertarians have ignored Szasz, who was my friend and mentor, because they have regarded psychiatry as beyond their expertise. But they missed the point. Szasz insisted that  libertarian principles pertain even to people who are stigmatized by the medical establishment, which has long been deputized by the state. Until someone threatens to harm or actually harms another person, the state should leave him alone.

Pick up any book by Szasz, including his collections of aphorisms, and you’ll profit immensely. He was a wonderful writer and a fascinating thinker.

You can find a list of his writings here. Lots more information is available at the Thomas S. Szasz Cybercenter for Liberty and Responsibility. See my post “Szasz in One Lesson” here. Other posts that I’ve written over the years are here, here, and here. Also see Jacob Sullum’s interview here and Jim Bovard’s appreciation here.

And the biggest treat of all is this video interview I did with Tom in 2005.

Who’s Sick of the ‘Zombie Reply?’

On the day Hugh Hefner died I posted a picture on Twitter with a quote in which he puts forth the idea that we own our minds and bodies, and for church or state to attempt to limit that, is inappropriate. A random Tweeter deduced from the comment that if “his own mind...

END_OF_DOCUMENT_TOKEN_TO_BE_REPLACED

Taibbi's new piece is called: "Our Man in Cambridge." It's about Stephen Halper's assistant, Steven P. Schrage, who has now written this new piece, "The Spies Who Hijacked America." Update: Steven Schrage's interview with Maria Bartiromo:...

END_OF_DOCUMENT_TOKEN_TO_BE_REPLACED

Mark Joseph Stern at Slate. The bureaucratic state passes laws that make it easy for cops to stop anyone at anytime for minor offences. The system incentives cops to lie and protects them from scrutiny. It is so bad that DA offices are keeping secret databases of...