Conflicts of Interest #150: Scott Horton on the End of a Fool’s Errand

Conflicts of Interest #150: Scott Horton on the End of a Fool’s Errand 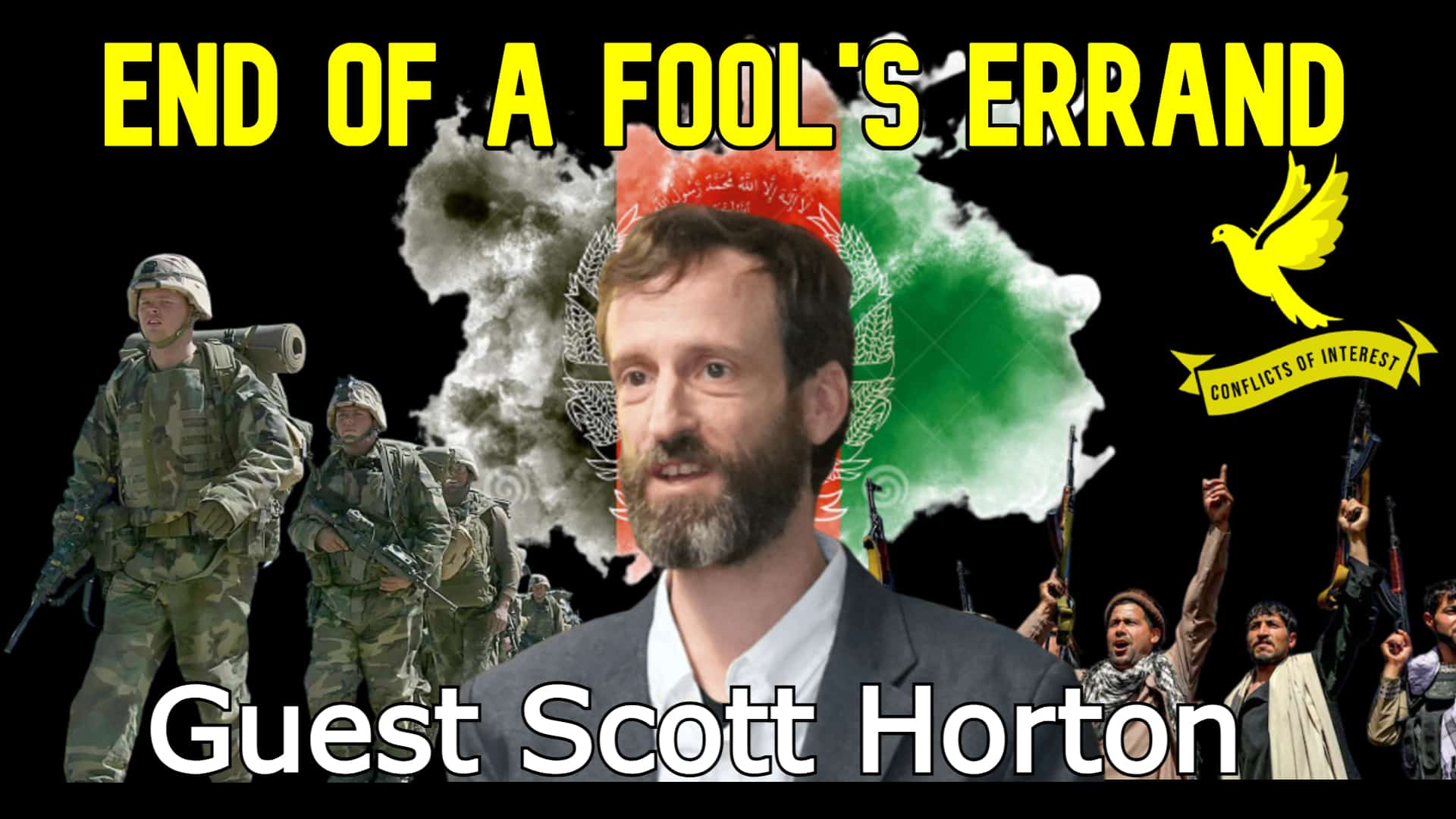 On COI #150 the great Scott Horton returns to the show to discuss the collapse of America’s sockpuppet government in Kabul. Scott explains how he seemed to be one of the only Afghan War analysts to correctly predict how quickly – and mostly bloodlessly – the Afghan government would collapse. He talks about the Taliban’s gains in recent years and how they were primed to consolidate their power.

With the Taliban now in control of almost all of Afghanistan, some Afghans – and nearly all of the corporate media – believe the Taliban will return to their same harsh style of rule from the pre-9/11 era. However, Scott explains there are some reasons to be hopeful that the Taliban’s rule may be less brutal – although still horrible. Since taking power the Taliban has made an effort to create the appearance that women will be accepted into society and the government. The group has said they are not seeking reprisals and Kabul, at the moment, remains calm under their rule.

In response to the withdrawal, the hawks’ favorite trope has been to claim the Taliban takeover makes the world more dangerous for Americans. Scott debunks the myth that the Taliban offers ‘safe haven’ to groups that want to murder Americans. However, less than a year ago, the US was backing the Taliban with drone strikes against ISIS-K, with soldiers even dubbing themselves the “Taliban’s air force.” Reports claiming an al-Qaeda presence in Afghanistan are nothing more than hearsay.

A second tactic being used by the corporate press is to spin the rise of the Taliban into a threat to American hegemony over Russia and China. Scott dismantles the argument that Chinese influence in Afghanistan is a concern for Americans. Scott also discussed the issue of Uyghur jihadists who take refuge in Afghanistan.

Kyle rounds out the show by asking Scott if he thinks America’s war in Afghanistan is over. Scott explains that the US does not have the ability to redeploy occupation forces to the country. The US would also struggle to carry out special forces missions because of Afghanistan’s isolated location, though Scott says the US may try to continue CIA operations to undermine the Taliban.

Scott Horton is editorial director of Antiwar.com, director of the Libertarian Institute, host of Antiwar Radio on Pacifica, 90.7 FM KPFK in Los Angeles, California and podcasts the Scott Horton Show from ScottHorton.org. He’s the author of the 2021 book Enough Already: Time to End the War on Terrorism, the 2017 book, Fool’s Errand: Time to End the War in Afghanistan, and the editor of the 2019 book, The Great Ron Paul: The Scott Horton Show Interviews 2004–2019. He’s conducted more than 5,500 interviews since 2003. Scott’s articles have appeared at Antiwar.com, The American Conservative magazine, the History News Network, The Future of Freedom, The National Interest and the Christian Science Monitor. He also contributed a chapter to the 2019 book, The Impact of War. Scott lives in Austin, Texas with his wife, investigative reporter Larisa Alexandrovna Horton. He is a fan of, but no relation to the lawyer from Harper’s. Scott’s Twitter, YouTube, Patreon.