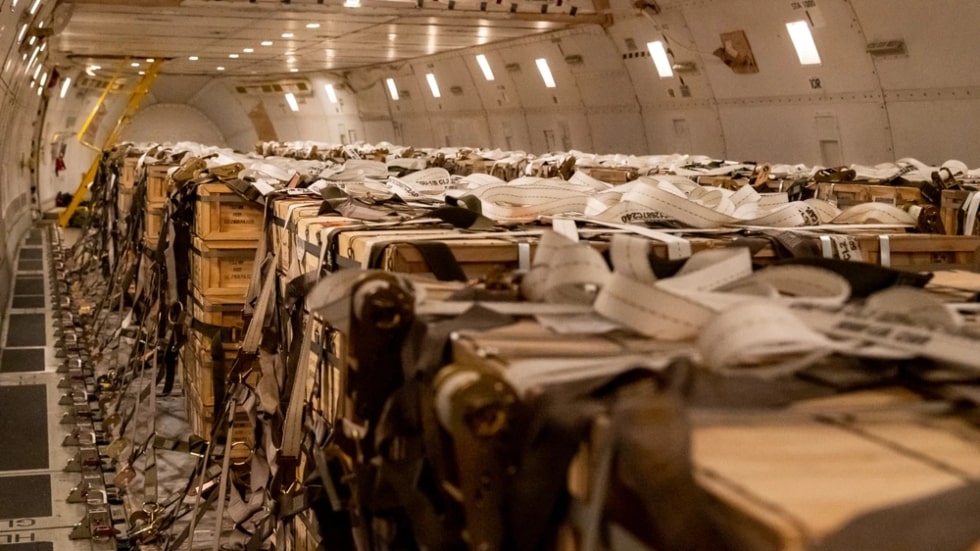 As Western nations continue to funnel billions in weapons and other military hardware into Ukraine, some within the NATO bloc and the EU are calling for a system to track the arms, raising concerns they will disappear into the black market.

Several NATO members are in talks with Kiev about establishing a monitoring mechanism, two unnamed Western officials told the Financial Times on Tuesday, noting that could include “detailed inventory lists” to help account for gear sent to the country.

“All these weapons land in southern Poland, get shipped to the border and then are just divided up into vehicles to cross: trucks, vans, sometimes private cars,” one of the officials said, adding “from that moment we go blank on their location and we have no idea where they go, where they are used or even if they stay in the country.”

During a Tuesday press briefing, US Under Secretary for Arms Control and International Security Bonnie Denise Jenkins said Washington has “continued contact” on the issue with Ukrainian officials, arguing that the US government has a responsibility to prevent “diversion or illicit proliferation.”

“We are confident in the Ukrainian government’s commitment to appropriately safeguard and account for US [weapons],” she added.

However, after nearly five months of non-stop Western arms shipments and numerous reports that the weapons are not being traced, the monitoring efforts may be too little, too late.

In April, a source familiar with the transfers told CNN that the United States has “almost zero” ability to track weapons after they enter Ukraine’s chaotic warzone, saying they fall into a “a big black hole” and quickly disappear. The head of Interpol, meanwhile, warned last month that the diversion of Western arms into Ukraine’s black market was inevitable, predicting an “influx of weapons in Europe and beyond” over the next few years.

The EU’s top policing body, Europol, also stated in April that smuggling had already begun, claiming that while Ukrainian officials initially kept “registers” for donated arms, that practice was “abandoned as the war progressed and firearms have been distributed without records since then.”

The Pentagon’s inspector general recently highlighted similar shortcomings in monitoring US aid going to Kiev, warning that it had “identified multiple areas of concern that, if not adequately addressed, could reduce the traceability of Ukraine supplemental funds and the transparency in the DoD’s reporting.”

Even before the latest conflict erupted, Ukraine has long been a major hub for the illicit arms trade, with both criminal networks and corrupt military officials helping to facilitate the flow of weapons out of the country.

In an attempt to prevent trafficking, the EU announced that it would establish a “Support Hub” in neighboring Moldova earlier this week, hoping it will help coordinate efforts by local and international law enforcement bodies. The interim head of the European Border and Coast Guard Agency, commonly known as Frontex, noted that Moldova was selected because it often serves as a first stop for arms smuggled out of Ukraine.

Kiev, for its part, has downplayed the extent of the smuggling, with an adviser to Ukraine’s defense minister, Yuriy Sak, saying the claims do not “correspond to reality” and “could be part of Russia’s information war to discourage international partners from providing Ukraine with weaponry that is necessary for our victory.”

“Any movement of weaponry either into Ukraine or out of Ukraine – when such movement is required for repairs when necessary – is very closely monitored and supervised both by Ukraine and our international partners,” Sak added.