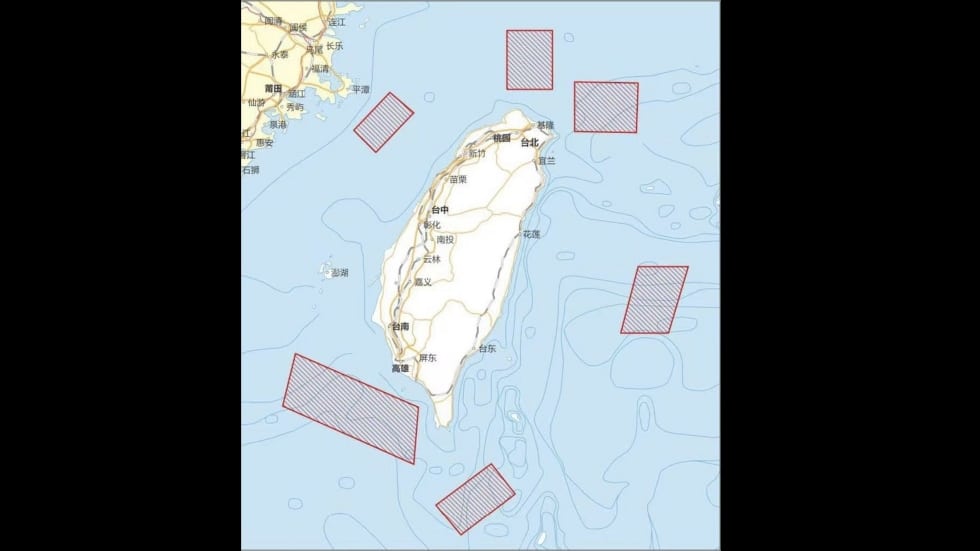 China’s People’s Liberation Army (PLA) is closing off six areas around Taiwan from Thursday to Sunday and is expected to hold drills, including live-fire exercises, in some areas within 12 miles of the island.

The drills are expected to be bigger than the missile tests China launched during the Third Taiwan Strait Crisis that was sparked in 1995 by the US granting a visa to former Taiwanese President Lee Teng-hui.

Both Chinese and American analysts believe that the unprecedented military exercises could become routine, a consequence of Pelosi’s provocative visit.

China also imposed sanctions on Taiwan because of Pelosi, including a ban on the export of natural sand, and a halt on imports of fish and fruit products from the island.

During her brief visit, Pelosi met with Taiwanese President Tsai Ing-wen, visited the island’s parliament, and met with Taiwan’s leading chip manufacturers. During her meeting with Tsai, Pelosi said the US will “not abandon our commitment” to the island.

The US hasn’t had formal diplomatic ties with Taiwan since 1979 when Washington formally opened up with Beijing. The US currently has no commitment to defend Taiwan if China attacks, a policy known as “strategic ambiguity.” But some hawks in Washington are looking to drastically change the US’s Taiwan policy, including Sen. Rick Scott (R-FL), the last member of Congress to visit the island before Pelosi.

Scott visited Taiwan in early July and President Tsai thanked him for supporting the Taiwan Invasion Prevention Act, a bill the senator introduced in 2020 and 2021 that would give the President Biden war powers to fight China if it attacked Taiwan. As usual, China responded angrily to Scott’s visit and sent warships across the median line that separates the Taiwan Strait in response.

In recent years, congressional delegations to Taiwan have become more frequent. Pelosi claims her trip and the increased support for Taiwan are about defending “democracy,” but the visits are clearly part of Washington’s new focus on confronting Beijing.

Last year, Raymond Greene, the deputy head of the de facto US embassy in Taipei, summed up the new US policy toward Taiwan and China. “The United States no longer sees Taiwan as a ‘problem’ in our relations with China, we see it as an opportunity to advance our shared vision for a free and open Indo-Pacific,” Greene said.

END_OF_DOCUMENT_TOKEN_TO_BE_REPLACED