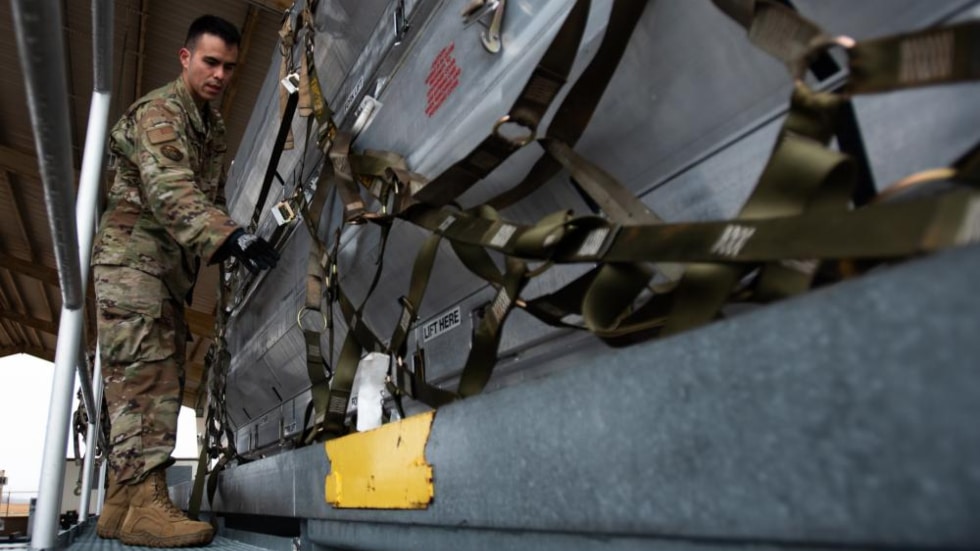 The White House is set to approve another $750 million weapons shipment to Ukraine, with officials telling multiple outlets the lethal aid will include heavy artillery, sea drones and attack helicopters.

The Joe Biden administration intends to use the Presidential Drawdown Authority for the new military package, which allows the White House to authorize aid without Congressional approval, two unnamed officials told Reuters on Tuesday.

Citing three sources familiar with the plans, Politico reported that the aid will also include unmanned aerial vehicles, howitzers and protective gear for chemical weapons attacks, while NBC noted that naval drones and Mi-17 attack helicopters would be sent as well.

US officials have predicted an upcoming Russian chemical attack for some time, and Ukrainian authorities alleged this week that such weapons were recently used in the town of Mariupol. As of Tuesday, however, the Pentagon said it is still unable to confirm those reports.

Deputy Defense Secretary Kathleen Hicks also told reporters on Tuesday that the Pentagon was considering supplying weapons with “a little more range and distance,” echoing comments from a senior defense official who said the administration was looking at how to get “more long-range air defense systems” into Ukraine. Though Washington recently facilitated the transfer of a Soviet-era S-300 missile platform from Slovakia, agreeing to replace it with a US-made Patriot battery, the officials did not outline exactly what systems were under consideration.

Reports about a more robust aid package follow similar proposals from other NATO states, with UK Foreign Secretary Liz Truss declaring that the alliance had agreed to send Ukraine “new and heavier equipment” following a meeting between members last week. US Secretary of State Antony Blinken also said officials were reviewing ways to provide “new systems” that would “make a difference” on the battlefield after the NATO summit, though he also stopped short of citing any weapons by name.

On Wednesday, the Pentagon will host the CEOs from eight of the country’s largest arms-makers to increase the supply capacity for some weapons, with Hicks stating officials would discuss “what can we do to help them… to generate supply.” The meeting comes on the heels of reports that the military is facing shortages for some weapon parts, including for Javelin and Stinger missiles.

Since taking office, Biden has authorized over $3 billion in military aid to Ukraine, $2.4 billion of which was approved in the weeks since Russia launched its invasion in late February. Along with the upcoming $750 million arms package, the US is also offering intelligence assistance and other forms of humanitarian relief to Ukraine, though President Volodymyr Zelensky has argued that support is still not sufficient.