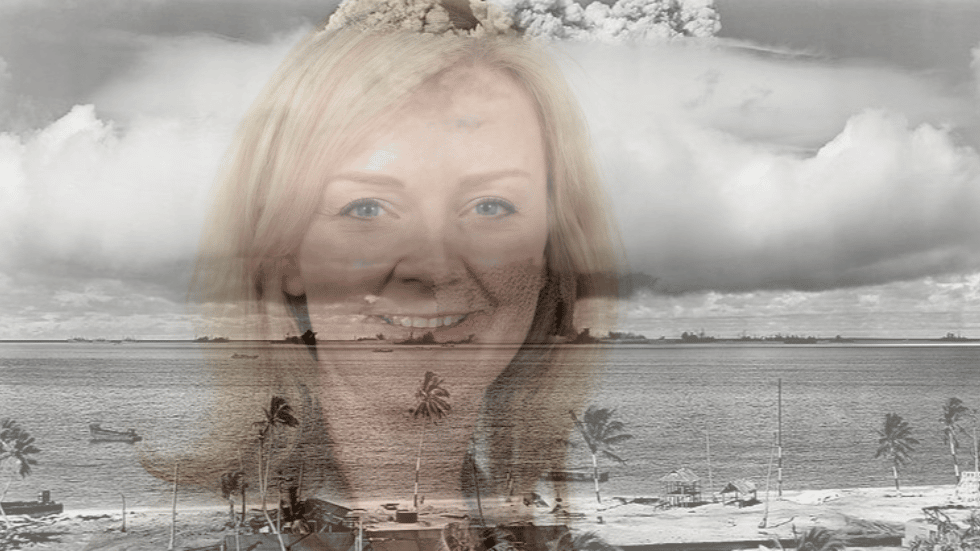 UK Foreign Secretary Liz Truss has declared that she is ready and willing to kick off thermonuclear warfare should she take over as prime minister, stressing her hawkish bonafides as she seeks to replace Boris Johnson.

Appearing at a town hall event in Birmingham on Tuesday, Truss was asked how she would feel about ordering “global annihilation” in the event of a nuclear standoff with a foreign adversary.

“I won’t ask you if you would press the button, you’ll say yes, but faced with that task I would feel physically sick,” said host John Pienaar, who went on to ask: “How does that thought make you feel?”

“I think it’s an important duty of the prime minister and I’m ready to do that,” Truss replied, drawing applause from the audience. When Pienaar asked again how that decision would make her “feel,” she simply stated “I’m ready to do it.”

While no foreign state was mentioned by name during the exchange, Truss has been among the most bellicose British officials in her comments about the war in Ukraine, issuing a steady stream of hostile rhetoric toward Moscow while encouraging escalation at virtually every turn.

Despite serving as her country’s top diplomat, the foreign secretary has made little effort to seek out a diplomatic solution to the conflict, instead calling for Russia’s “defeat” on the battlefield regardless of the cost in Ukrainian blood.

With Prime Minister Boris Johnson preparing to leave office after announcing his resignation in July, Truss is now vying against former Finance Minister Rishi Sunak for the PM spot. While Johnson’s hawkish stance toward Russia may be hard to outdo – having visited Kiev multiple times in recent months to discourage a negotiated settlement to the war – his replacement appears set to continue London’s policies on the conflict regardless of who wins.

‘Hotter Than the Sun: Time to Abolish Nuclear Weapons’ – the latest book from Libertarian Institute director Scott Horton – is now available for purchase!