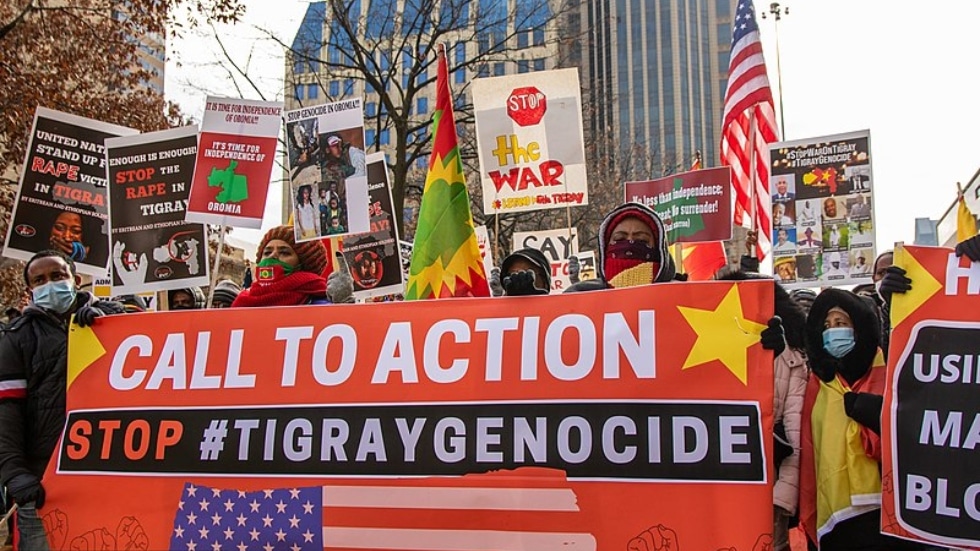 The Joe Biden administration is resisting pressure from Congress and humanitarian orgs to blacklist African leaders, Robbie Gramer reported in Foreign Policy. Lawmakers and several NGOs have argued the sanctions are needed to punish human rights abuses across the continent.

The White House “is sitting on dozens of potential sanctions for human rights violators and coup-plotters in countries in Africa,” yet Biden has refused to “pull the trigger despite mounting pressure from US lawmakers and human rights advocates,” Gramer wrote, citing seven officials, congressional aides and experts.

The State Department has drafted far-reaching penalties against officials in a number of African nations, and already has “extensive dockets for possible sanctions on people involved in grave human rights violations” in countries including Sudan, South Sudan and Ethiopia, according to Gramer.

Former CIA and State Department official Cameron Hudson told Foreign Policy that the current lack of sanctions “makes us look like a paper tiger,” while Democratic Senator Bob Menendez recently said the issue has created a “gnawing question for those of us who are big advocates for human rights and democracy.”

It remains unclear why the White House has resisted the sanctions proposed by lawmakers, as Biden has not shied away from economic penalties since taking office last year. Commenting on demands to sanction Sudan, the State Department simply said blacklists were “only one tool the US government has at its disposal,” offering no elaboration.

Over the past two decades, sanctions have become a favorite tool for both Republican and Democratic presidents. As noted by Antiwar.com contributing editor Daniel Larison, such actions against foreign officials “are perceived as low-cost, low-risk measures that penalize other governments for their abuses or other undesirable activities.”

However, while sanctions have delivered punishing blows to the economies of target nations, they have been largely ineffective in prompting the kind of radical policy changes desired by Washington. The United States currently maintains embargos on Cuba, Venezuela, Iran, Russia, Syria and North Korea, yet has failed to significantly alter those nations’ policies in ways favorable to itself – in some cases even pushing US ‘adversaries’ into closer cooperation.

On its face, such economic warfare is intended to compel foreign states to follow dictates from Washington in exchange for eventual sanctions relief, but, as Larison explained in a recent article, American leaders have become increasingly unwilling to grant those concessions, creating a policy of permanent escalation with no off-ramp.

“The inability of the US government to deliver credible, lasting sanctions relief is one of the bigger impediments to successful negotiations with targeted governments, because the other side has no reason to believe that the US will make good on its promises even if they make all of the concessions that Washington seeks,” Larison wrote.

Despite their failure to bring about sweeping policy changes, sanctions are sharply felt by average people living in targeted countries, hitting the poor the hardest. According to Richard Hanania, a research fellow at Columbia University’s Saltzman Institute of War and Peace Studies, countries under US sanctions see their GDP shrink by around one percent per year on average, or a 13.4-percent drop over seven years. The researcher observed that “the more stringent the sanctions regime, the greater the economic decline.”

The fall in GDP often results in critical shortages of staple goods such as food, fuel and medicine, with studies on Iran and Venezuela finding that American sanctions likely caused or contributed to tens of thousands of deaths over the last several years.

A recent sanctions campaign against Mali could offer a look at what’s to come should the Biden administration heed the calls to impose new penalties. Following a coup in the African nation – its third in 10 years, all led by Pentagon-trained military officers – the Economic Community of West African States (ECWAS) sanctioned Bamako in an effort to immediately force a new election. The West African bloc failed to produce the desired outcome, however, and after months of warnings from NGOs about the suffering the sanctions would cause, as well as protests by the Malian people, ECWAS agreed to lift the penalties in July. Mali’s next general election is now ostensibly set for 2024, having been delayed for two years by the military junta in power in defiance of ECWAS’ earlier demands.