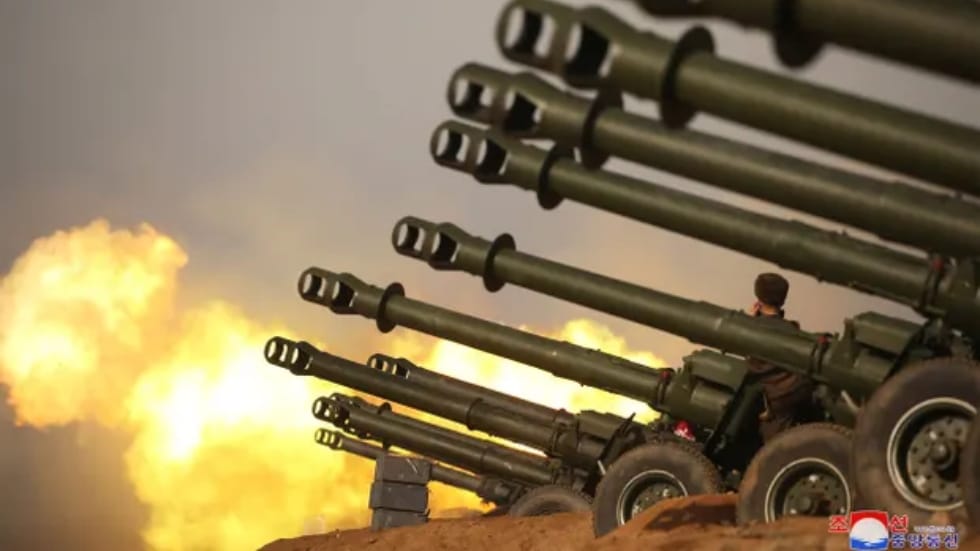 Seoul kicked off annual war games on Monday, prompting Pyongyang to fire over 200 artillery rounds toward the South’s maritime border in retaliation. American forces are taking part in the military exercises.

Dubbed ‘Hoguk,’ the South Korean drills will run for 12 days and end on October 28. Seoul claims the drills are designed to help it “master both wartime and peacetime mission performance capabilities by conducting real-world, day and night field training exercises which simulate countering North Korea’s nuclear, missile and other various threats.”

Last Friday, before South Korea began its latest round of war games, North Korea denounced the exercises and fired about 560 artillery rounds, as well as a short-range missile, into the ocean in a similar show of force. Pyongyang followed up that barrage by firing off around 250 projectiles on Wednesday, with North Korean state media reporting that the artillery drills conducted a “threatening, warning fire toward the east and west seas … as a powerful military countermeasure.”

Military activity on the Korean Peninsula has significantly escalated in recent months. In August, South Korea and the US conducted joint live-fire war games for the first time in five years, while the North has tested a record number of missiles in 2022. Before the recent spike in tensions, the peninsula saw a period of relative quiet, and even some diplomatic breakthroughs between the two Koreas and the United States. Led by South Korean President Moon Jae-in and President Donald Trump, a series of talks with the DPRK produced a moratorium on North Korean missile tests, while joint US-South Korean war games were extremely scaled back between 2018 and 2021.

The Joe Biden White House has largely put North Korea on the backburner as it devotes massive resources to Ukraine’s fight against Russia, but has nonetheless called on Pyongyang to give up its nuclear weapons, echoing demands made by previous US administrations. Supreme Leader Kim Jong-un previously rebuffed an American offer to talk under those terms, deeming the demand a non-starter. In response, Washington said it would seek closer military cooperation with South Korea and Japan.