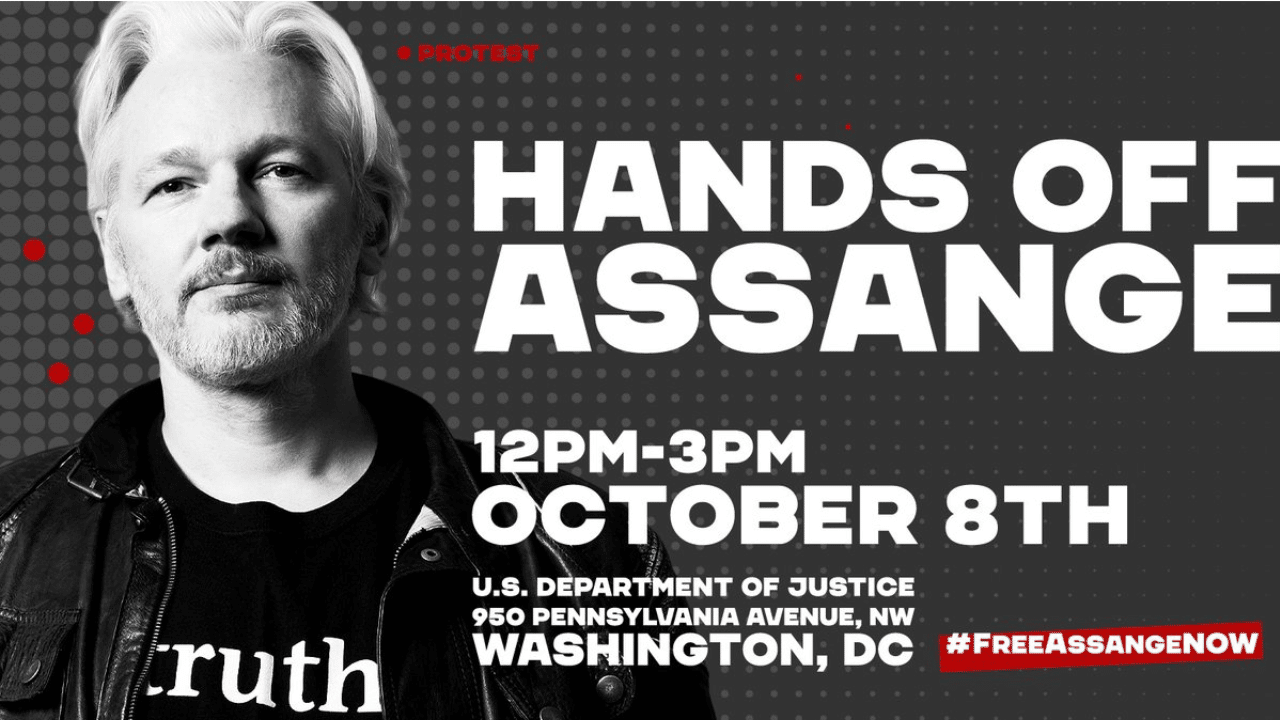 Supporters of journalist Julian Assange and freedom of the press are holding international protests on October 8th. The founder of Wikileaks is set to be extradited to the United States. Advocates for Assange say his conviction in an American courtroom would mean the death of the free press.

HandsOffAssange.com lists over a dozen worldwide events. In London, activists, led by Julian’s wife Stella Assange, will form a human chain around parliament. Assange is currently being held in a British maximum security prison pending extradition.

Washington has charged Assange under the espionage act. If convicted, Assange as editor of Wikileaks would be the first publisher to go to jail for providing the American people with authentic documents.

However, some analysts believe the charges against Assange are merely an effort to keep the prolific publisher behind bars. UN official Niles Melzer said Assange “had been subjected to inhumane treatment” and found “massive due process violations” and facts “distorted deliberately” by states and media.

The White House is hoping to convict Assange for releasing documents proving war crimes and other corruption by the Washington government. Protesters in DC will hear from a long list of speakers at the Department of Justice. The speakers come from a wide variety of political ideas, showing cross-spectrum support for Assange and free press.

“What’s happening to Julian Assange is happening to all of us. It’s the criminalization of truth. These rallies are about bringing people together from across the political spectrum and around the globe to make it clear. The world is watching and the tide is turning. Journalism is not a crime,” Winston said in a statement to The Institute.

Kyle Anzalone, the Libertarian Institute’s news editor, will be speaking at the Hands Off Assange event in Denver.