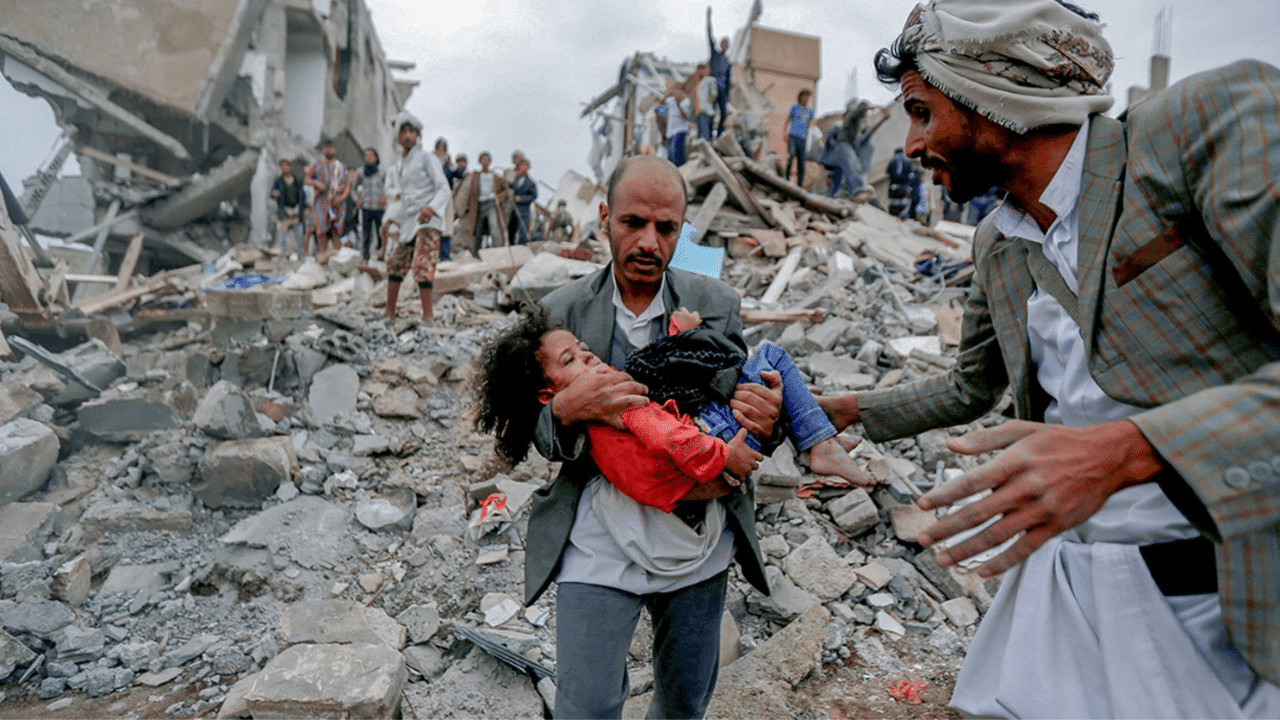 A human rights monitoring group has released a new report finding at least 87 Yemeni civilians were killed with American or British weapons during a 14-month period. The Oxfam report reviewed 1,700 attacks on civilians and found Saudi Arabia used US or UK weapons in over a quarter of those incidents.

For this report, Oxfam reviewed incidents that occurred between January 2021 and February 2022. The author of the report, Martin Butcher, Oxfam’s Policy Advisor on Arms and Conflict, said, “[t]he intensity of these attacks would not have been possible without a ready supply of arms. That is why it’s vital the UK government and others must immediately stop the arms sales that are fuelling war in Yemen.”

Butcher reported the American or British arms were used by the Saudi military to kill 87 civilians, bomb 19 medical facilities, and displace over 300 people. The Oxfam study found that of the over 1,700 attacks on civilians during that 14-month window, a quarter were committed with US and UK weapons.

Since March 2015, Riyadh has waged war against its southern neighbor and has received substantial support from Washington and London. For much of 2022, Saudi Arabia and the Houthis, the group that controls most populated regions of Yemen, have scaled back fighting under a ceasefire. However, even with ceasefire conditions, Eye for Humanity Centre for Rights and Development estimates over 600 Yemeni civilians were killed last year. The Oxfam report looks at data from the 14 months prior to the ceasefire.

Throughout the war, the use of American and British bombs to kill civilians has been a consistent occurrence. In August 2020, a Lockheed Martin-made bomb was used by Saudi Arabia to kill nearly 50 children traveling on a school bus. Tufts University’s Martha Mundy released a report showing how Riyadh was intentionally targeting Sanaa’s food infrastructure.

At least 400,000 people have been killed during the eight-year war. The bloody nature of the war has not prevented three American Presidents Barack Obama, Donald Trump, and Joe Biden from supporting Saudi Arabia’s war in Yemen. Congress has made several efforts to pass war powers resolutions to force the White House to end support for Riyadh. President Trump used his veto powers to quash the bill. Under President Biden, the White House exercised its political muscle to force Senator Bernie Sanders to abandon the legislation.