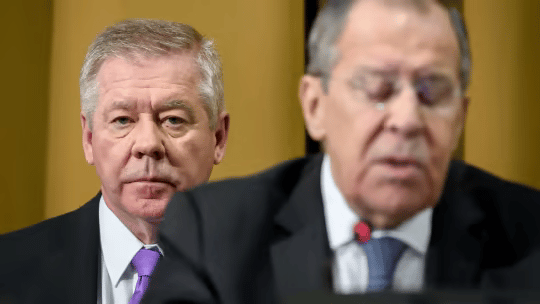 In an interview with the Financial Times, a top Russian diplomat says there is no communication with Western diplomats at the UN. The complete freeze in contact led the Kremin to assess there is no possibility of a diplomatic solution to the war in Ukraine.

He said the lack of contact between officials means there is no potential to end the war through talks. “Now, I do not see any possibility for diplomatic contacts. And the more the conflict goes on, the more difficult it will be to have a diplomatic solution,” Gatilov said.

US Secretary of State Antony Blinken has only spoken with Russian Foreign Minister Sergei Lavrov once in the past six months. Gatilov said Western military support for Ukraine and preventing peace talks means the war will have a military end. “And so they [Kiev and its western supporters] will fight until the last Ukrainian,” he said.

Gatilov praised Turkey’s president Recep Tayyip Erdoğan for attempting to facilitate a diplomatic end to the war in Ukraine. Ankara has hosted talks between Kiev and Moscow. Turkey and the UN were essential in crafting a deal that allows wheat to be exported through Black Sea ports.