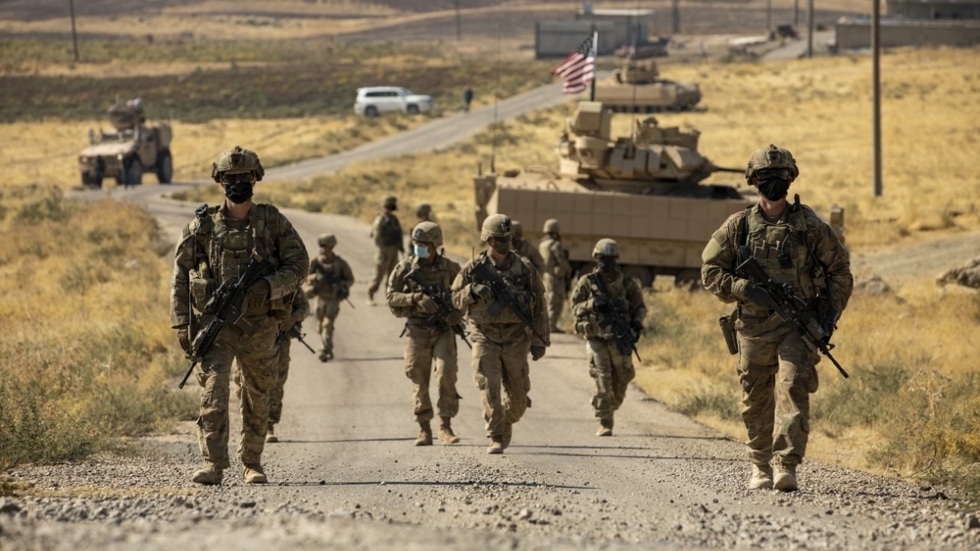 FILE PHOTO: US Army troops make their way to an oil production facility at an undisclosed location in Syria, October 27, 2020. (Credit: US Army / Spc. Jensen Guillory)

The US launched more airstrikes in Syria on Thursday, marking the third day of violence since President Biden ordered the bombing of facilities in Deir ez-Zor, Syria, on Tuesday night.

A US official told CNN that Thursday’s strikes were launched from an AC-130 gunship and killed a number of “enemy combatants” in Deir ez-Zor. The official said the strike was in response to rocket attacks that hit US bases in eastern Syria on Wednesday, which injured three US troops.

But Washington had already launched helicopter strikes in response to the earlier rocket attacks. US Central Command (CENTCOM) said in a press release Thursday that over the past 24 hours, CENTCOM forces had struck “Iran-affiliated” fighters with “AH-64 Apache attack helicopters, AC-130 gunships, and M777 artillery.”

CENTCOM announced the initial airstrikes that started the escalation on Tuesday night and said they targeted “infrastructure facilities used by groups affiliated with Iran’s Islamic Revolutionary Guard Corps,” but Iran denied having links to the groups.

According to the UK-based Observatory for Human Rights (SOHR), the facilities targeted in Tuesday’s strikes were used by Fatimiyoun, an Afghan Shia militia. The SOHR said six militants were killed, while Deir ez-Zor 24, another monitoring group, said 10 people were killed.

While Iran has denied links to the groups the US targeted, the Pentagon said that these strikes are a message to Tehran. The bombings come as the US and Iran appear close to reviving the nuclear deal. Colin Kahl, the undersecretary of defense for policy, said that the escalation shows that US attacks on such groups “are not linked to wherever we end up on the nuclear deal.”

CENTCOM said Tuesday’s strikes were in response to an August 15 drone attack on the US base at al-Tanf, which did not cause any casualties. The command claimed the strikes were done in “self-defense” and cited Article II of the Constitution. But the US cannot claim self-defense because its presence in Syria is an illegal occupation that is opposed by the Syrian government.