Dave DeCamp joined me to discuss the American reaction to the war in Ukraine. We discuss how the sanctions and information war seem to be targeting Americans rather than the Russian politicians. Is the Biden Administration utilizing propaganda to manufacture consent to enter the war? Dave twitter Antiwar.com Discord Libertarian Institute 19 Skills Pdf Autonomy Course Critical Thinking Course Donate Patreon...

END_OF_DOCUMENT_TOKEN_TO_BE_REPLACED

Eric Brakey from Young Americans for Liberty interviewed me about Afghanistan.

END_OF_DOCUMENT_TOKEN_TO_BE_REPLACED

Fed’s Economy: the “Wealth Effect” and How it Impacts Americans Individually 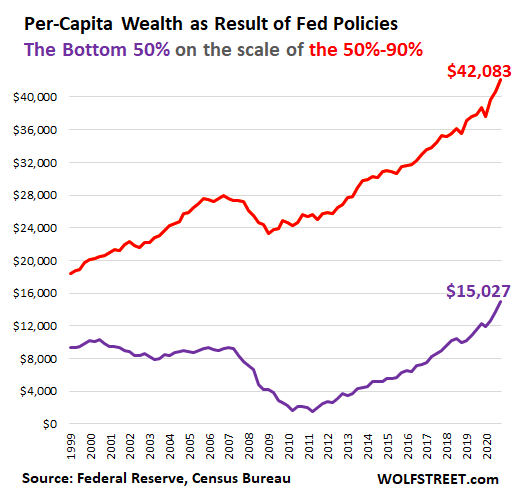 "This is an effective way to tear a country apart — and the Fed is trying to cover it up with its ludicrous rhetoric. But politicians in Washington of all stripes – who could stop the Fed’s policies with legislation – are fully on board with the wealth effect because they’re among the primary beneficiaries. And to heck with the bottom 50%. Not even populists on the left or the right, whose base is getting hit over the head on a daily basis by the wealth effect, are decrying the Fed’s policies." On the contrary.  Wolf Richter at Wolf Street More here End The Fed...