Scott talks to Brett Wilkins about Project SHAD, a Cold War era bioweapons test program that exposed thousands of American sailors to chemical and biological weapons. These veterans have been seeking redress for a slew of ailments allegedly caused by exposure to these weapons, but the government continues to evade culpability. Sadly, SHAD is only one of many incidents where the U.S. government deliberately tested dangerous substances on its soldiers, and even on its civilians. On top of such programs, the American military has left behind a wake of chronic health problems and generations of birth defects in places like Vietnam, Iraq, and Pakistan because of the toxic chemicals and heavy metals used to wage its wars.

Discussed on the show:

Brett Wilkins is the editor-at-large for US news at the Digital Journal and a contributor at The Daily Kos. Follow him on Twitter @MoralLowGround.

Donate to the show through Patreon, PayPal, or Bitcoin: 1KGye7S3pk7XXJT6TzrbFephGDbdhYznTa.

Scott talks to Kelley Vlahos about America's 30-year nonstop bombing campaign of Iraq, and the prospects for ending it. The destruction of Iraq, says Vlahos, has followed a familiar trend: American politicians sell the public on the need to get involved in some...

END_OF_DOCUMENT_TOKEN_TO_BE_REPLACED

Kalmen Barkin discusses the deplorable situation of Palestinians in Israel today, a people whose lands and rights are being slowly taken away from them by the Israeli government, while the delusive promise of a two-state solution vanishes along with them. Barkin...

END_OF_DOCUMENT_TOKEN_TO_BE_REPLACED

Scott talks to Bob Murphy about the economic side of all the covid policies this past year. Most obvious are the huge spending bills, which dwarf even the stimulus measures taken after the 2008 recession. Murphy reminds us that this kind of rampant spending really...

END_OF_DOCUMENT_TOKEN_TO_BE_REPLACED

Peter Van Buren discusses Hunter Biden's lost laptop and the shocking documents it contains. He begins by pointing out that many American voters never heard about this story at all: the mainstream media refused to cover it, the tech companies silenced almost anyone...

END_OF_DOCUMENT_TOKEN_TO_BE_REPLACED 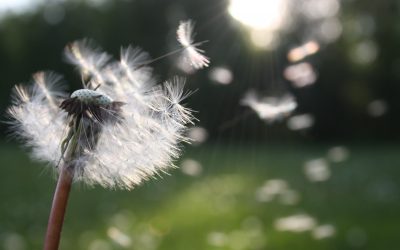 As the fiasco of U.S. democracy shreds at any sense of dignity the world watches on and pretends that the health of the American empire is vibrant, the opinionated social media activist and the interested expert all find outrage in the moment.  Biden and Trump drips...

END_OF_DOCUMENT_TOKEN_TO_BE_REPLACED

Scott interviews Kevin Gosztola about the breaking news that a British judge has denied the request to extradite Julian Assange from England to the United States. The prosecutors will appeal, says Gosztola, but this ruling opens the possibility that Assange could be...