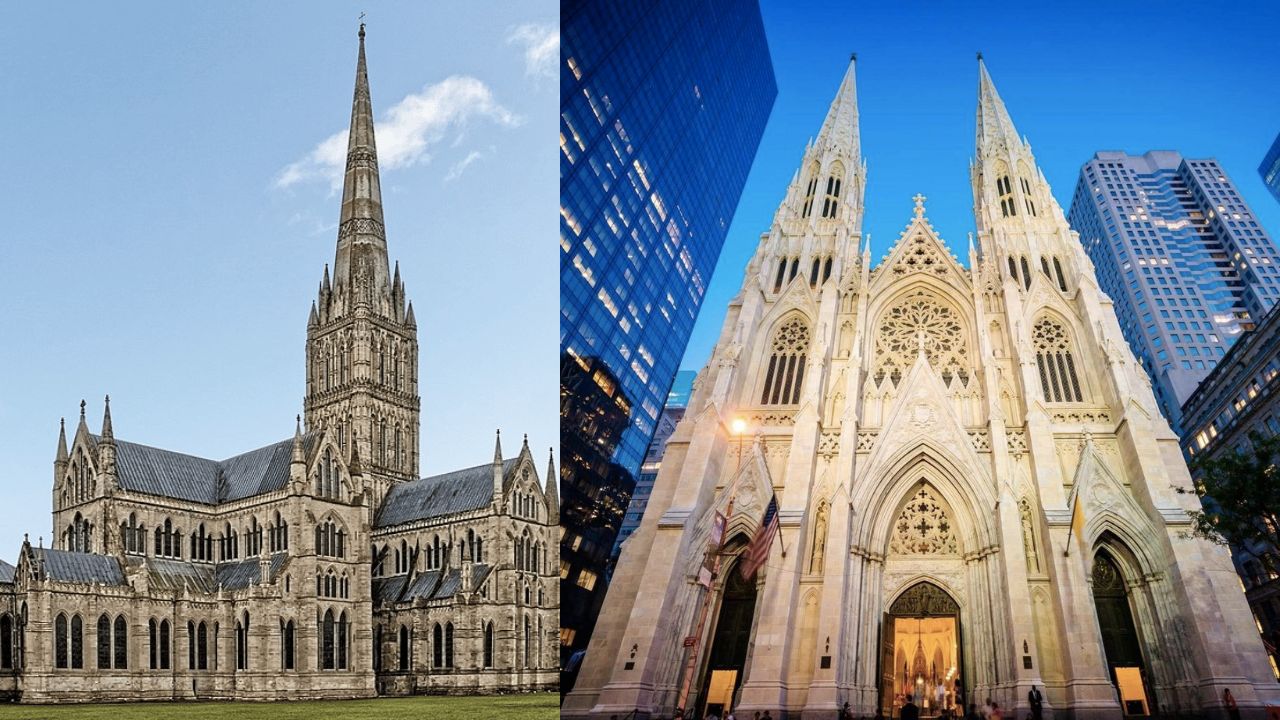 Depending on which source you look at, there are hundreds of thousands of churches in world.

Almost all Churches contain the two things Democrats constantly tell us are impossible if education were voluntarily funded instead of funded coercively via taxation.

764 years ago, the Salisbury Cathedral was consecrated in England. Considered the oldest example of early Gothic architecture in England, the old beauty maintains the largest cloister, the tallest spire, and the largest external park or “cathedral close,” of any cathedral in Britain. Inside are also one of the oldest continual-working clocks, and one of the 4 surviving copies of the Magna Carta….Construction was paid for by donations, principally from the canons and vicars of southeast England, who were asked to contribute a fixed annual sum until the building was completed.

This disproves yet another Blue Anon conspiracy theory, “the rich want to privatize education so everyone is stupid and then the rich will dominate us.”

It’s also worth noting that after 12 years of public schools and 4 years of University most people are ignorant of history, economics, science, philosophy, have few marketable skills, low emotional intelligence, and vote for immoral people like Barack Obama and George W. Bush.