5 Simple Ways To Support The Counter-Economy

5 Simple Ways To Support The Counter-Economy 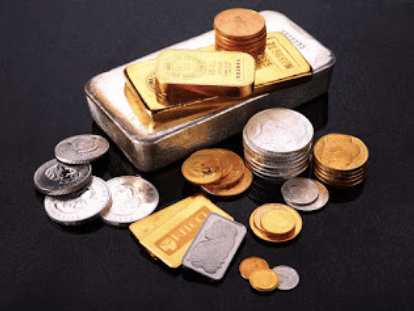 Even if you aren’t prepared to engage in radical counter-economics, there are small steps everyone can take to either participate in, or at a minimum, support the counter-economy. I’ve assembled a list of 5 simple ways everyday people can participate in the agorist revolution.

Food trucks not only often have excellent food, but they can also help push back against the state. In what is normally a cash business, food truck operators are better positioned to hide income from the state than other vendors such as chain grocery stores. Also, the more amateur the operation, the more likely the vendor is unlicensed; see the 7 year old NY child-slave, who’s lemonade stand was shut down by emissaries from Emperor Cuomo.

Given the grey market dominance of the food truck business, it’s no wonder we’ve seen the industry blossom over the past couple decades. Food trucks have progressed from the standard roach coach to the present diverse array of taco trucks, grilled cheese trucks, Korean bbq trucks, burger trucks, donut trucks, & much more.

Everyday citizens have a problem. On one hand, if they keep their wealth in cash, politicians and bankers will rob them via inflation. On the other, if they store their wealth in traditional financial instruments like securities or assets, they’ll be subjected to range of taxation. In any case, the political parasite successfully feeds from the host.

An individual who believes they’re going to be robbed, will try to spend their money before the robbery occurs. In other words, their time preference falls & they’re less inclined to save the capital necessary for production & investment. Historically, low time preference societies carry higher debt loads. Also, having a low time preference affects our personal lives. Folks who prefer present consumption over future consumption are more likely to use drugs and exhibit other risky behavior.

Agorists have a trick to avoid this trap. Rather than storing wealth in a currency subject to constant devaluation, consider using precious metals. Gold and silver bullion has been the world’s most reliable store of value for thousands of years. Simple price appreciation of precious metals outperforms the average savings account interest rate, and metals are less volatile than cryptocurrency. Best of all, your wealth is safe from political parasitism.

Like the food truck operator, the neighborhood mechanic runs an all cash business and is thus better positioned to hide earnings from the war-makers. Chances are greater than not that he or she isn’t reporting the majority of their income. Why would they?

Nor do these modern day heroes seem to care about labor laws, OSHA requirements, or the dirtbags at the EPA. Neighborhood mechanics are more willing to remove catalytic converters or employ local neighborhood kids below the minimum wage. So, next time your car is in need of repair, forget about white market franchises & go see that greasy guy your friend told you about.

Grow Your Own Food

If this seems like a no-brainer, it’s because it is. Farmers and ranchers pay tax on their production, as does the shipping firm hired to take it to market, as does the grocery store owner, the restaurant owner, etc. All of this revenue will only be used to further your own oppression. Home-grown food not only tastes better, but also comes with the added satisfaction of knowing the cost of your meal didn’t fund a child’s murder in some country you’ve never heard of.

Another one that seems like a no-brainer. Cash tips are rarely reported, but the ubiquitousness of plastic means many no longer carry bills. Although a brief stop at the ATM on the way to dinner or drinks seems inconvenient, remember: taxed money is blood money. Five minutes out of the way, will allow you to eat with a clear conscience.

Indeed, no tip is better than a taxed tip; at least the former doesn’t finance the forced starvation of children in Yemen.

Republished from The New Libertarian.