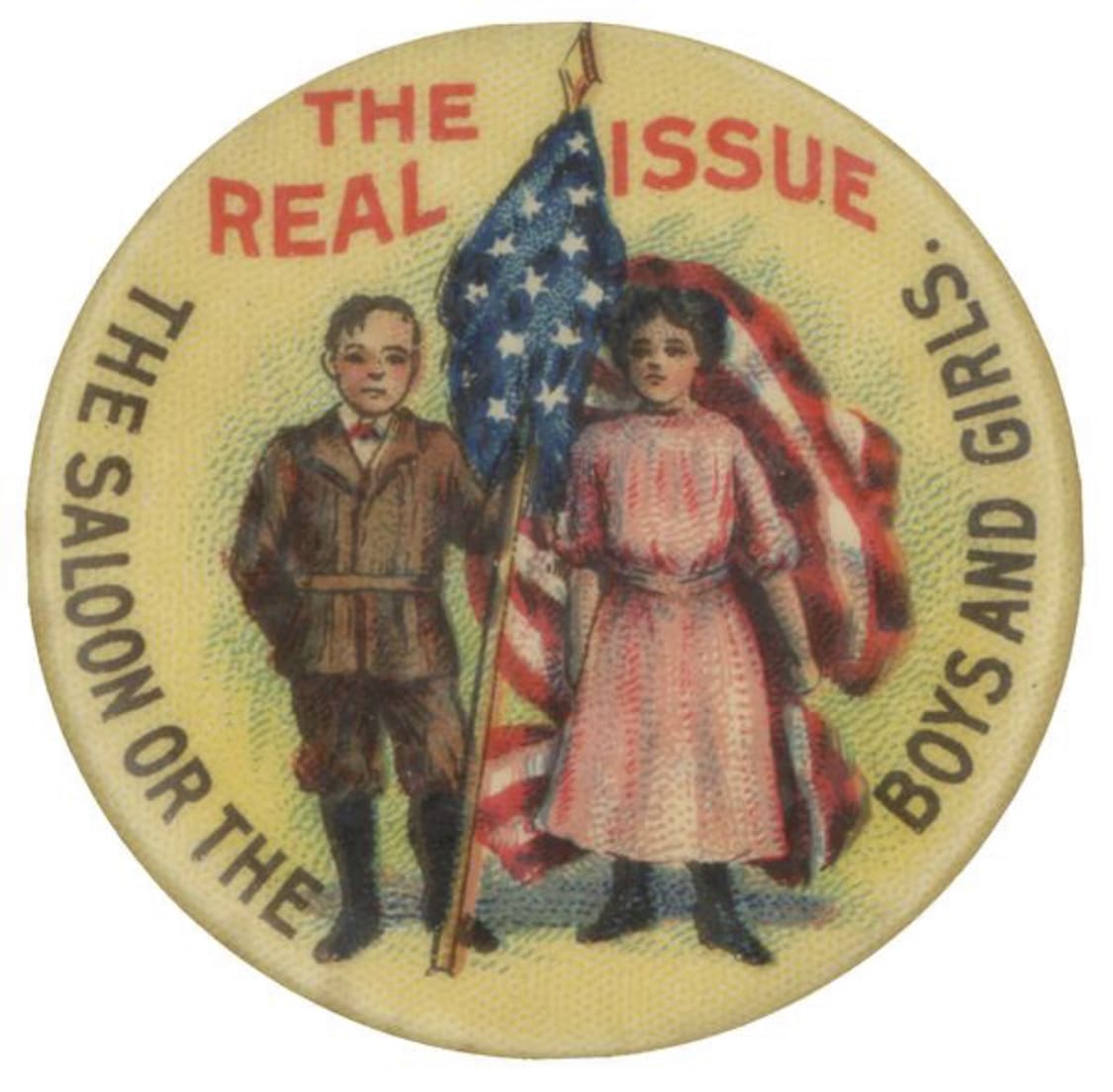 For the past decade people have become comfortable in their Culture War trenches, which for the better part of the 2010s have pitted an evangelical, PC-imposing leftwing against a more laissez-faire rightwing. When it comes to the freedom to think and speak verboten ideas that dissent from the cultural monolith, the right has been much more friendly to liberty.

There is, however, a portion of conservatives whose world outlook remains much more Tipper Gore than Dee Snider. And they made themselves loud and clear this past weekend responding to the controversy between Turning Point USA and Brandi Love. 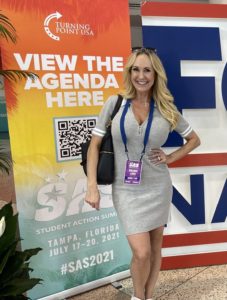 Love, born Tracey Lynn Livermore, has been an adult film star since 2004 and is one of the most recognized names in the industry (with over 824,000 Twitter followers). Brandi Love is also an outspoken conservative—she lives in North Carolina (not Hollywood), supports gun rights, opposes abortion and affirmative action, retweets the Babylon Bee and owns a MyPillow, stands for the flag and voted for Donald Trump. She’s even contributed articles to The Federalist and Newsweek discussing the intersection of her politics and her work.

Which explains her presence at an event hosted by Turning Point USA, the conservative advocacy group founded by Charlie Kirk that’s active on college campuses. If you’ve ever encountered a “Socialism Sucks” sticker on the back of a laptop, you’ve met TPUSA.

From Saturday to Tuesday, the organization is hosting an event in Tampa, Florida branded as a “Student Action Summit,” where young people can hear speeches from Republican politicians and Fox News personalities. Although geared towards high school and college students, TPUSA did sell “VIP” tickets to adults, who were sequestered to a separate part of the auditorium, complete with a bar. Video from the event indicates at least a third to half the audience were VIPs.

That crowd included Brandi Love, who was not invited as a speaker, or hosting a booth, or representing herself as an ambassador to her industry. She was attending as an individual and professed conservative.

However, after announcing her presence on social media, it did not take long for TPUSA (alerted by Groyper Twitter accounts) to revoke her $500 ticket and ban her from the event (with a refund). Elijah Schaffer with TheBlaze reported that TPUSA was “very clear that any adult themed content, influencers, or personalities will not be tolerated at events involving minors.”

“The Republican Party is broken,” Brandi Love tweeted, pointing out a contradiction between the event speaker’s opposition to censorship and her removal.

Her fellow conservatives in media and activist circles did not see it the same way:

TPUSA is not, for example, the City of Anaheim, nor does it hold itself out to be a public forum.

This should be pretty easy, actually: Brandi Love should not be allowed anywhere near the conservative movement, and neither should anyone else who argues otherwise

Why is this a thing that's being discussed.

In much of the conservative reaction, there’s a distinct (purposeful?) mischaracterization of what occurred. Brandi Love was not “invited” by TPUSA; she purchased a ticket to attend. She was not there in any official capacity; “VIP” is the general term the organization chose to call their adult ticket holders. TPUSA was not promoting her work; she promoted the event on her own social media.

But the conversation goes beyond this incident. It goes to the continued existence of people on the rightwing who want to use the state as a tool to socially engineer people to suit their personal preferences. If the left wants to ban books, criminalize “hate speech,” and prosecute observant Christians, the right wants to ban pornography, prosecute those who perform and distribute it, and enforce “obsenity laws” on media platforms.

Most people would broadly define pornography as a vice. Sustained viewing can lead to addiction (an observation Love disagrees with), and negative physical side effects such as erectile dysfunction. People introduced at a young age can permanently disfigure their views of sexuality and adult relationships in grossly unhealthy ways. Socially, it may lead to men being less interested in pursuing real-life women.

Does that mean it should be criminalized, and the full force of the state apparatus brought to bear against this “immoral” behavior? These social conservatives say yes. But we discover that some vices are more equal than others.

Conservatives up in arms over pornography are likely to have no qualms with the continuation of the War on Drugs, unsuccessful these past fifty years of decreasing narcotics use but eminently successful at arresting and incarcerating millions, breaking up families, militarzing the police, enabling government theft on a grand scale through civil asset forfeiture, and spending over a trillion dollars to ensure Americans cannot grow specific plants or purchase clean needles.

Perhaps fewer would say there should be complete bans against gambling. Only the most fanatical Christians support a return to the prohibition of alcohol. And even most Mormons wouldn’t acquiesce to a public ban on coffee for Gentiles. Does anyone besides Michael Bloomberg want to ban smoking (and enforce a death penalty against cigarette sellers)?

In 2000, author Bill Kauffman interviewed and profiled Earl Dodge, the perennial presidential nominee of the Prohibition Party—yes, it still exists! Dodge, principled to a fault, easily picked up on conservative insincerity. Alcohol, he said, takes “good people and turns them into beasts. Marijuana, LSD, cocaine: All those drugs put together don’t hurt a fraction of the people that booze does. The only parties that are honest and consistent on the alcohol-drug issue are the Prohibition Party and the Libertarians. They want to legalize it all; we want to ban it all.”

Dodge is correct, both rationally and medically. The damage to a person’s health from sustained tobacco use is infinitely higher than marijuana. And alcohol abuse often has more corrosive effects on a person’s body and temperament than even harder drugs like cocaine or heroin.

But to many of these conservatives, nothing fulfills the perception of “cool” more than chomping on a cigar with one hand and drinking a full, foamy beer with the other.

Brandy is a perfectly defensible vice in moderation, but not Brandi Love. 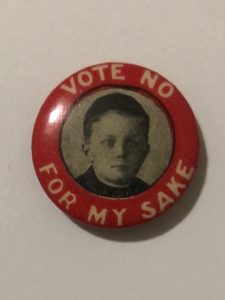 Irresponsible parents may leave their liquor cabinet unlocked. Unobservant parents may not monitor their children’s internet use enough. Both may lead to bad, perhaps long-term damaging consequences. Minors should not drink alcohol or watch pornography but only in one instance are these individuals calling for state intervention.

If these social conservatives wanted a Saudi Arabian-esque vice squad to root out all delinquent behavior, from alcohol to pornography to rock music to sugary soft drinks, that would at a minimum be a coherent doctrine. Say what you want about the tenets of theocratic puritanism, but at least it’s an ethos!

As it stands, however, their real views are far less interesting. They’re more than willing to defend or even encourage their own personal vices, just not those of others. Their particularism reveals them for what they are.