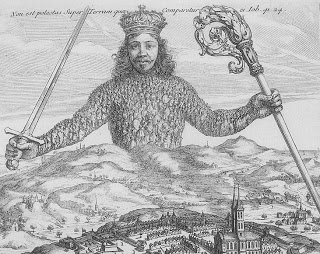 Almost 400 years ago, English philosopher Thomas Hobbes wrote a book scoffing at tyrannophobia—the “fear of being strongly governed.” This was a peculiar term that Hobbes invented in Leviathan, since civilized nations had feared tyrants for almost 2000 years at that point. But over the past 150 years, Hobbes’ totalitarianism has been defined out of existence by apologists who believe that government needs vast, if not unlimited power. Hobbes’ revival is symptomatic of the collapse of intellectuals’ respect in individual freedom.

Writing in 1651, Hobbes labeled the State as Leviathan, “our mortal God.” Leviathan signifies a government whose power is unbounded, with a right to dictate almost anything and everything to the people under its sway. Hobbes declared that it was forever prohibited for subjects in “any way to speak evil of their sovereign” regardless of how badly power was abused. Hobbes proclaimed that “there can happen no breach of Covenant on the part of the Sovereign; and consequently none of his subjects, by any pretense of forfeiture, can be freed from his subjection.”

You can read the rest of this article at The American Conservative.