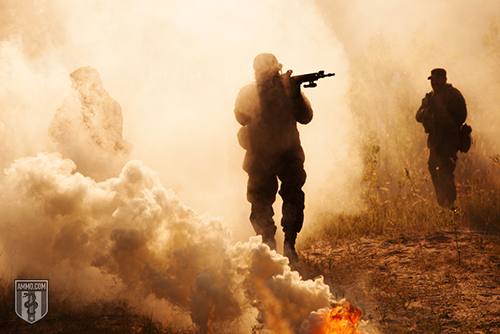 It is interesting to hear certain kinds of people insist that the citizen cannot fight the government. This would have been news to the men of Lexington and Concord, as well as the Mujahideen in Afghanistan. The citizen most certainly can fight the government, and usually wins when he tries. Organized national armies are useful primarily for fighting against other organized national armies. When they try to fight against the people, they find themselves at a very serious disadvantage. If you will just look around at the state of the world today, you will see that the guerrillero has the upper hand. Irregulars usually defeat regulars, providing they have the will. Such fighting is horrible to contemplate, but will continue to dominate brute strength. -Col. Jeff Cooper