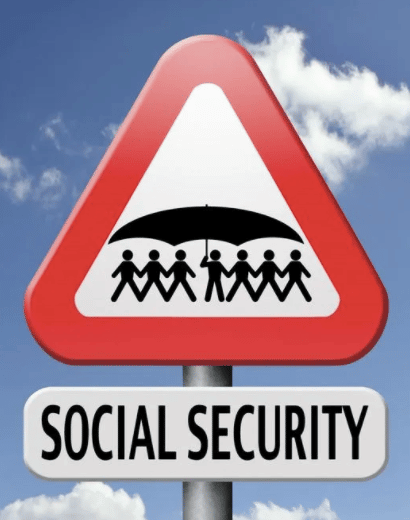 I’m a recent college graduate with my first “real” job. With that comes paying into the Social Security System. My concern is whether or not there will be funds for me someday, especially in light of the recent deficit report.

Bentley correctly observes that “many fear that the money to fund America’s Social Security program will run out and a large portion of our population will be negatively affected.” Referring to an article about Social Security (“How Much Longer Will Social Security Be Around?”) on the website of the American Association of Retired Persons (AARP), Bentley explains where the money for Social Security benefits ostensibly comes from, the projected depletion of the Social Security trust funds, the dilemma that more money is needed for the program while fewer and fewer workers pay into the system, and solutions offered by the AARP to increase the funding of Social Security.

Bentley believes that the “Worried Millennial” will “get Social Security benefits.” He maintains that “the government has a moral and legal obligation to pay out the benefits that have been paid in.” Although he considers it “highly unlikely” that the government “would ever fail to make payments to those who have paid into the system,” he acknowledges that “the value of what is paid out may be devalued and be far less helpful than it has been to past generations.”

This is certainly good advice, but is it true that “the government has a moral and legal obligation to pay out the benefits that have been paid in”?

According to Title XI, section 1104, of the Social Security Act, “The right to alter, amend, or repeal any provision of this Act is hereby reserved to Congress.” Congress can raise Social Security taxes, raise or eliminate the wage base upon which taxes are figured, cut benefits, or raise the retirement age again. Congress can even do all of those things at the same time. And under legislation enacted in 1983 and expanded in 1993, Congress now taxes up to 85 percent of some Americans’ Social Security benefits.

Americans have no contractual right to receive Social Security benefits. The U.S. Supreme Court ruled many years ago in the case of Helvering v. Davis (1937) that “the proceeds of both [employee and employer] taxes are to be paid into the Treasury like internal revenue taxes generally, and are not earmarked in any way.” In Fleming v. Nestor (1960), the Court further ruled that “the noncontractual interest of an employee covered by the Act cannot be soundly analogized to that of the holder of an annuity, whose right to benefits are [sic] based on his contractual premium payments.”

Americans pay a Social Security tax of 12.4 percent (split equally between employer and employee) on the first $137,700 of their income. The only reason Americans think that Social Security is an earned benefit instead of a welfare program is that one of their payroll taxes under the Federal Insurance Contributions Act (FICA) is designated the Social Security tax.

Citizens of Australia and New Zealand never make that mistake.

Late last year, the Organisation for Economic Co-operation and Development (OECD) issued Revenue Statistics 2019: Tax Revenue Trends in the OECD. This is an annual publication that “gives a conceptual framework to define which government receipts should be regarded as taxes.” It presents “a unique set of detailed and internationally comparable tax data in a common format for all OECD countries from 1965 onwards.” The OECD has thirty-six member countries, most of which are in Western Europe. On page 9 we read this interesting statement: “Social security contributions as a share of total tax revenues on average across the OECD accounted for 26.0% in 2017. They were highest in the Slovak Republic and the Czech Republic (43.9% and 43.0%, respectively). In contrast, Australia and New Zealand do not levy social security contributions.”

Australia and New Zealand have Social Security programs, but no taxes are withheld from employer or employee paychecks to pay for them. The total cost is financed from general revenues. That shows the true nature of Social Security in the United States.

Social Security benefits are not paid out of an individual account.

Social Security benefits are based on one’s income earned from wages during his life and calculated with an arbitrary formula that Congress can change at any time. Benefits are figured on the basis of one’s “primary insurance amount,” the average of a worker’s 35 highest years of earnings (up to a particular year’s wage base), adjusted for inflation. According to the Social Security Administration (SSA), the PIA is:

The benefit (before rounding down to next lower whole dollar) a person would receive if he/she elects to begin receiving retirement benefits at his/her normal retirement age.

The sum of three separate percentages of portions of average indexed monthly earnings. The portions depend on the year in which a worker attains age 62, becomes disabled before age 62, or dies before attaining age 62.

And as the SSA acknowledges, “The money you pay in taxes is not held in a personal account for you to use when you get benefits. Today’s workers help pay for current retirees’ and other beneficiaries’ benefits. Any unused money goes to the Social Security trust funds to help secure today and tomorrow for you and your family.”