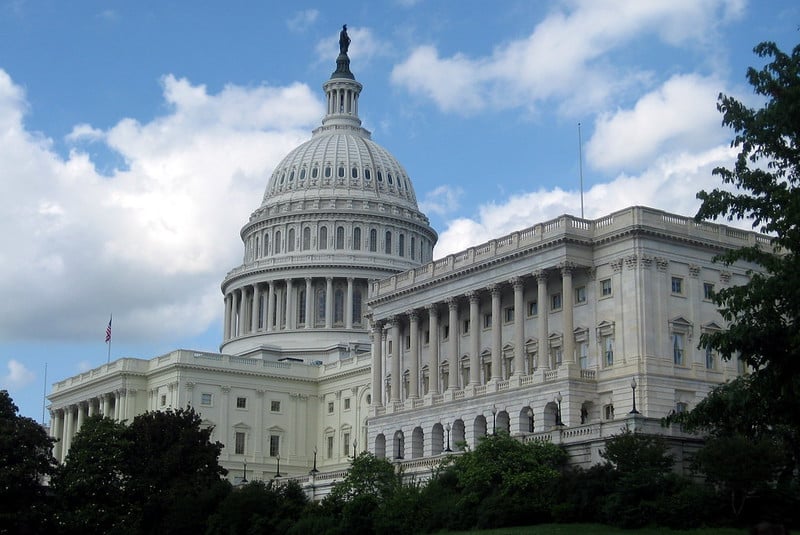 What was widely expected to happen, did happen.

American logistical support for the Saudi Arabian’s starvation campaign against the poorest country in the Middle East will continue, and the temporary cessation of large scale military engagement has lost its safety net.

Should we have expected anything less from the man who buckled and endorsed both Hillary Clinton and Joe Biden for president?

I believe in ending all U.S. involvement in the criminal war on Yemen.

I’m proud to publicly lock arms with good faith organizations, both conservative and progressive, who stand opposed to this war (and would do so again).

I supported the War Powers Resolution.

But I know—as you should know, and now I hope our ideological partners know—that it’s not going to work.

Washington DC is the center of the largest and most powerful military empire in the history of the world, drowning in hundreds of billions of dollars of bribe money from the military-industrial complex and foreign capitals.

Reform from the top down is not possible.

That’s why Bring Our Troops Home concentrates so intently on organizing from the bottom-up.

We work in state legislatures and with local officials, educating them about U.S. foreign policy, the Constitution, and their civic duties to their constituents.

The same day that the coward Bernie Sanders withdrew the Yemen resolution, State Senator Nathan Dahm of Oklahoma introduced Defend the Guard for the 2023 session.

This bill would prohibit the deployment of the state’s National Guard into active combat without a declaration of war by Congress.

I know Nathan Dahm, and he’s as firm in his convictions as any patriot in this nation. He won’t back down when the Pentagon and party leadership apply pressure.

Can you imagine what would happen if those dozens of Beltway organizations used their budgets and institutional knowledge to support Nathan Dahm’s efforts, or our other bill sponsors in Texas, Missouri, New Hampshire, and the rest of the country?

We could make undeclared, multi-decade military occupations like Afghanistan and Iraq an impossibility.

We could break the monopoly control the War Party has over decision-making in foreign policy.

We could use our leverage to end the war on Yemen and the dirty wars in Africa.

We could bring our government back from the precipice of nuclear Armageddon over far-flung Ukraine.

But instead, those organizations will probably keeping burning donor money trying to outcompete the weapons contractors and getting their hopes dashed year after year.

We won’t beat the War Party on their own turf. Every charge up Capitol Hill will keep ending in a scattered retreat.

That’s why I’ll continue to fight in Boise, and Phoenix, and Oklahoma City, and Cheyenne, and Austin and all the other beautiful cities across this country where a constituent’s voice can still be heard.

Decentralization and federalism in the tradition of our Founding Fathers is how we’ll bring our troops home.

Defend the Guard is the only road to victory for our old republic.

To learn more about the bill and what you can do to help our efforts in your own state, visit DefendTheGuard.US.