Cops Shoot and Kill 12 Year Old Boy in Back, Claim He Was a ‘Threat’ While Fleeing

Cops Shoot and Kill 12 Year Old Boy in Back, Claim He Was a ‘Threat’ While Fleeing 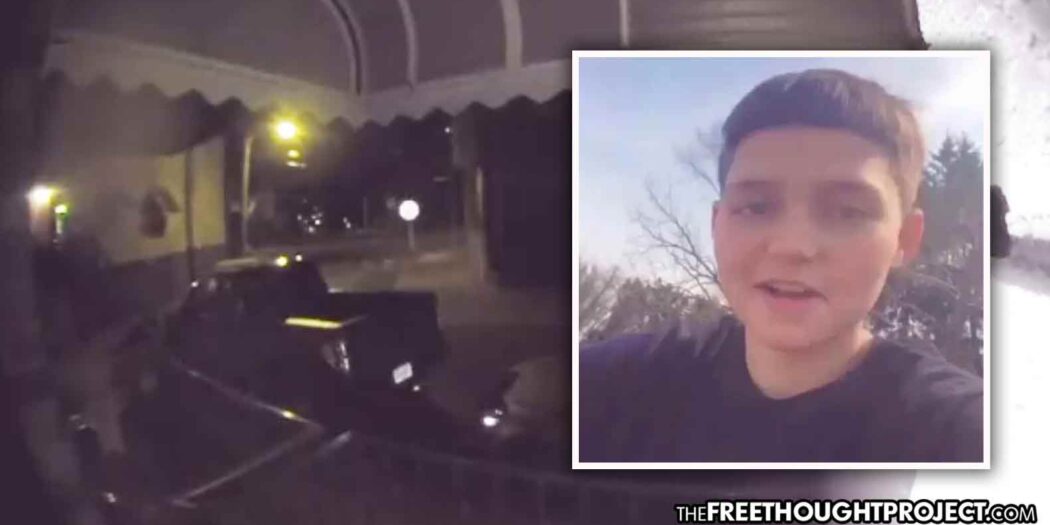 A tragedy unfolded on Tuesday in Philadelphia after a 12-year-old boy was shot in the back and killed. The boy was running from several police officers when two of them opened fire. Police have since claimed that even though 12-year-old Thomas Siderio was running away, he was still a threat.

The incident unfolded Tuesday night as four plainclothes officers, in an unmarked car, saw the boy and another child standing on the street corner. The officers claimed that one of the children appeared to be holding a handgun.

According to police, as they activated their lights in the undercover vehicle, the officers heard gunfire and a bullet came through the back passenger side of the vehicle. The officers stopped the car at which point two of them exited and shot at Thomas, who they claimed was holding a gun.

One of the officers chased after Thomas as he fled. That officer fired two times with one of the bullets striking Thomas in his back. Police said the bullet exited out of his chest.

According to police, the bullet fired into their cruiser, shattered the glass which injured one of the officers inside. That officer was taken to the hospital and treated for the glass in his eye.

Thomas, however, was not so lucky. After he was shot in the back by police, he was taken to a nearby hospital where he was pronounced dead.

According to the Philly Inquirer, “the four officers in the unmarked car were assigned to a task force operating in the South Division and were conducting what police described as an ongoing gun investigation. Deputy Commissioner Benjamin Naish said social media posts led officers to the area of the shooting, but he could not say who made the posts.”

After the 12-year-old was killed, police were clear to point out that just because he was running away, does not mean he wasn’t a threat.

Naish told reporters that the fact Thomas was running away “doesn’t mean that he wasn’t continuing to be a threat to the officers.” We will have to take their word for it as well, being that Naish said the officers were not equipped with body cameras.

A doorbell camera captured the aftermath of the shooting but it just shows Thomas on the ground as one of the officers asked, “Am I shot?”

“No, you’re not shot,” an officer responded.

Just then a neighbor comes out and asks, “Could you tell me what happened? They killed him right in front of my house.”

Security video captures what sounds like the voice of a Philly Police officer after a shooting last night.

Investigators say an officer was struck by shards of glass in his face and eye after someone fired at police https://t.co/8oFcaCBXAq @CBSPhilly pic.twitter.com/CYpwQyQaPc

Adding to the already suspicious nature of this incident is the fact that police admitted that they don’t know if Thomas was the person who fired the bullet.

Police said Thomas was carrying a semiautomatic handgun that was equipped with a laser and had been reported stolen. But Deputy Commissioner Benjamin Naish, who oversees investigations, said during a virtual briefing Wednesday that authorities can’t definitively say the boy fired the shot.

The 17-year-old boy who was with Thomas that night was not identified. However, police said he was detained for questioning before being released.

Thomas was a seventh-grader at Sharswood Elementary School, who neighbors described as having a turbulent childhood but “always tried to put a smile on everybody’s face.”