The historian Quinn Slobodian presents us in his article “Perfect Capitalism, Imperfect Humans: Race, Migration, and the Limits of Ludwig von Mises’s Globalism,” Contemporary European History (2018), with a surprising interpretation of Ludwig von Mises. According to Slobodian, Mises was a racist who favored colonial wars of subjugation to open the world to trade. In this week’s article, I’d like to look at how Slobodian reaches this conclusion.

The article begins with a quotation from Omnipotent Government: “How can we expect that the Hindus, the worshippers of the cow, should grasp the theories of Ricardo and of Bentham?” Doesn’t this suggest that Mises regarded Hindus as inferior, unable to comprehend a product of abstract Western thought? But if we look at the quotation in its context, it is apparent that this isn’t what Mises says. The sentence that Slobodian quotes is part of a discussion in which Mises claims that most people are unable to understand their own long-term interests, if doing so requires extended logical thought. Free trade is in everyone’s interest, but most people don’t realize this:

But will all men rightly understand their own interests? What if they do not? This is the weak point in the liberal plea for a free world of peaceful coöperation. The realization of the liberal plan is impossible because—at least for our time—people lack the mental ability to absorb the principles of sound economics. Most men are too dull to follow complicated chains of reasoning. Liberalism failed because the intellectual capacities of the immense majority were insufficient for the task of comprehension.

After he says this, Mises makes the remark that Slobodian highlights, as part of this passage:

It is hopeless to expect a change in the near future. Men are sometimes not even able to see the simplest and most obvious facts. Nothing ought to be easier to understand than victory or defeat on the battlefield. And yet scores of millions of Germans are firmly convinced that it was not the Allies but Germany that was victorious in the first World War. No German nationalist ever admitted that the German Army was defeated at the Marne both in 1914 and 1918. If such things are possible with the Germans, how can we expect that the Hindus, the worshipers of the cow, should grasp the theories of Ricardo and of Bentham?

Slobodian thus transforms Mises’s general skepticism about the ability of the masses to follow economic reasoning into contempt for Hindus.

Slobodian later in the article says this:

When necessary, the opening of world markets had to be achieved through violence. “Though one can think only with shudders of the fearful mass murders that prepared the basis for many of the colonial settlements flourishing today,” he wrote in a book published a year after the First World War, the net gain made it all worthwhile; in the end, “all other pages of world history were also written in blood.”

It is once more instructive to look up the passage that Slobodian quotes, which is from Nation, State, and Economy.

That nations favored by fate possess wide territories of settlement could provide no cogent grounds for adopting another policy. It is true that those colonies were not taken with smooth talk, and one can think only with shudders and anger of the fearful mass murders that prepared the basis for many of the colonial settlements flourishing today. But all other pages of world history were also written in blood, and nothing is more stupid than efforts to justify today’s imperialism, with all of its brutalities, by reference to atrocities of generations long since gone. It must be recognized that the time for expeditions of conquest is past, that today it is at least no longer acceptable to use force on peoples of the white race. Whoever wanted to contradict this principle of modern political world law, an expression of the liberal ideas of the time of the Enlightenment, would have to set himself against all other nations of the world. It was a fateful error to want to undertake a new partition of the earth with cannons and armored ships.

Thus, Mises is saying just the opposite of what Slobodian attributes to him. He is not saying, “Yes, there were horrible massacres under imperialism, but these were justified to open the world to trade, because, after all, ‘the pages of world history are written in blood.’” He is saying that people after World War I who favor imperialism should not use the excuse that the pages of history were written in blood to justify wars of expansion.

Matters do not improve as the article goes on. Slobodian says,

Empire was credited not only with increasing cumulative prosperity but with creating world society itself. As he [Mises] wrote in 1922, “the opening up of the backward regions of the Near and Far East, of Africa and America, cleared the way for a world-wide economic community, so that shortly before the World War we were in sight of realizing the dream of an ecumenical society.”

Once more Slobodian does not let us down. If you look at the context of the quotation, it first seems that Slobodian for once has it right. Mises says,

We have seen that it is always an advantage to widen the range of workers in a society that divides labour, so that even a more efficient people may have an interest in co-operating with a less efficient. This is what so often drives nations of a high social development to expand their field of economic activity by absorbing hitherto inaccessible territories. The opening up of the backward regions of the Near and Far East, of Africa and America, cleared the way for a world-wide economic community, so that shortly before the World War we were in sight of realizing the dream of an ecumenical society. Has the war merely interrupted this development for a brief period or has it utterly destroyed it? Is it conceivable that this development can cease, that society can even retrogress?

But unfortunately for Slobodian, he has fallen into a common trap. Mises sometimes sets forth at length a position he is going to criticize, and readers must be careful not to take Mises to be defending the view he in fact opposes.

This is exactly what has happened in the present instance. The passage Slobodian quotes occurs in a section called “Social Regression.” Mises in it opposes the view that trends inevitably continue. He says, “The death of a nation is social retrogression, the decline from the division of labour to self-sufficiency. The social organism disintegrates into the cells from which it began. Man remains, but society dies. There is no evidence that social evolution must move steadily upwards in a straight line. Social standstill and social retrogression are historical facts which we cannot ignore.” Mises is thus saying that whether we have an ecumenical society based on free trade depends on people’s attitudes. The opening of the world to trade does not “create world society itself.”

If Slobodan’s understanding of Mises is correct, Mises endorsed an immoral policy of conquest if the result was to extend the scope of the market. Slobodian says, “Mises’s utilitarian logic excused militaristic means for global ends. As his biographer [Guido Hülsmann] put it, Mises felt that ‘science had to deal with the world as it is, not as it should be.’ He attributed this to the influence of Max Weber … ” If you look at the passage quoted from Mises: The Last Knight of Liberalism, you will discover something that by this time should not surprise you. The passage says nothing at all about conquest to extend the scope of the market. Here is the passage:

Max Weber’s work had alerted him to the necessity of discarding normative questions from scientific analysis. Science had to deal with the world as it is, not as it should be. Mises was therefore not interested in whether utilitarianism should guide politics, but in its application: is the policy under consideration suitable to attain the proposed end? This, he saw, was the kind of question that could be answered objectively. Any other approach risked entanglement in normative questions.

Slobodian’s animus against Mises has distorted his presentation, and the considerable research he has undertaken is as a result a largely a wasted effort. Readers cannot trust what he says. 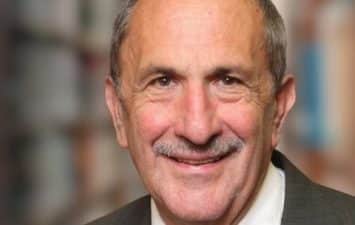