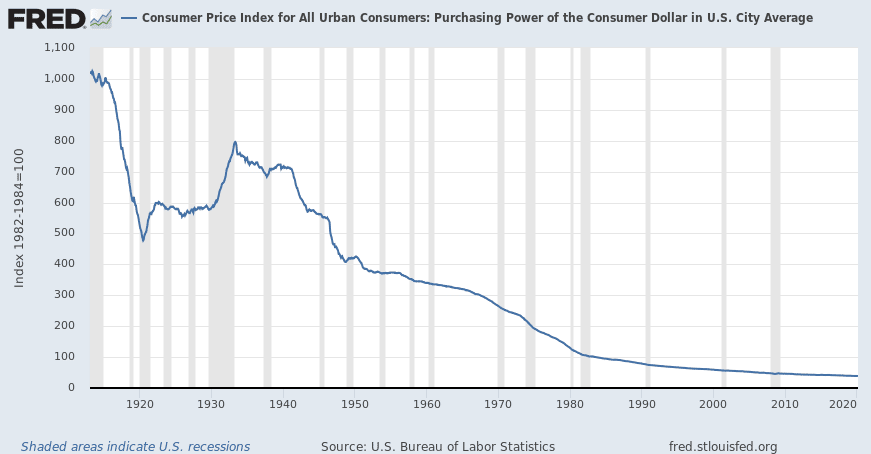 Two weeks ago, during a March 17 address to the nation in response to the COVID-19 outbreak, President Donald Trump asked that Americans work from home, postpone unnecessary travel, and limit social gatherings to no more than 10 people.

And last week, on March 27, Trump signed a stimulus package of over $2 trillion dollars to provide relief to an economy on the precipice of collapse.

The aid package includes handouts and loans to individuals, small businesses, and other distressed industries.

Despite Trump’s “having created the greatest Economy in the history of our Country,” when the markets tanked, massive and immediate government intervention was the only thing left to forestall a total collapse.

So why can’t greatest economy in the world can’t handle a temporary shock without needing trillions of dollars injected to stay afloat?

The Federal Reserve and its vicious and ongoing war on savers are to blame.

Using the Federal Reserve Note – commonly (but incorrectly) referred to as the dollar – introduces a dilemma. Because of inflationary monetary policy, Americans have long been forced to select among three undesirable options:

With businesses and Americans defaulting on their rent and other obligations only days into the collapse, the problem is clear: Few have any savings… and why should they when saving their money at negative real rates of return has been a sucker’s game?

Lack of sound money, or money that doesn’t maintain its purchasing power over time, has discouraged savings while encouraging debt-financed consumption.

American businesses and individuals are so over-leveraged that once their income goes away, even briefly, they are too often left with nothing.

Fiat money is especially pernicious in the way it harms its users. To some, small 2% losses can go easily unnoticed, year to year. Over 100 years, the loss has been well over 97%.

And who can save for emergencies when you’re being forced to work and spend more – simply to maintain the same quality of life?

Over 100 years, the Federal Reserve has destroyed more than 97% of our currency’s purchasing power.

With the Fed slashing short-term rates to zero, the US Federal Reserve Note has been further destroyed as a method of preserving savings. (And negative nominal interest rates could be coming next.)

Inflationary economic policy, absent the guardrails of sound money, has created a situation with an obvious and deadly conclusion: that many Americans lack savings to protect themselves against downturns.

This situation isn’t necessarily the fault of the people, but rather the fault of a system in which discouraging and punishing savers is a crucial tenet of the entire framework.

The Federal Reserve, the U.S. Treasury, and the White House are trying to reassure the public that everything is “under control,” that “the U.S. economy’s fundamentals are still strong,” and that the economy will skyrocket once COVID-19 is taken care of. What if they’re wrong?

Maybe the greatest monetary experiment in history is coming to an end. Maybe sound money can still save the day, but we must not waste any more time in restoring it.