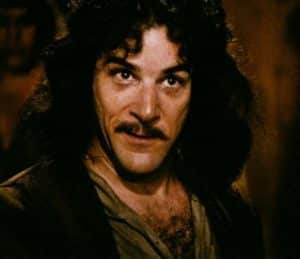 Donald Trump seems to think we’re all stupid, or he really is stupid. Then again, maybe we can just chalk this all up to neo-McCarthysim. What, you may ask, am I talking about?

The ‘Dear Fuhrer’ keeps using a word as a fear-inducing pejorative, and I don’t think that it means what he thinks that it means. It’s even more ridiculous than something from ‘The Princess Bride.’

If you’re talking about people who may not always self-identify as ‘anarchists,’ but technically are living a given lifestyle consistent with some traditional vein within anarchism, then even pacifists such as the Amish communities can count as a type of ‘anarchist.’ And, in fact, anarchists are typically not bomb-throwers, but garden-growers. Anarchists may sometimes just include people who tend to have an aversion to being organized in authoritarian and violent hierarchies, and choose rather to surround themselves among people who problem-solve with a countenance towards peaceful resolutions which respect everyone’s natural rights and freedoms.

I’ve been happy to self-identify as an ‘anarchist’ of a stripe for many years now because I find the concept of consent and voluntaryism to be the highest of all the ideals in both morality and law.

an·ar·chism
/ˈanərˌkizəm/
noun
“Belief in the abolition of all government and the organization of society on a voluntary, cooperative basis without recourse to force or compulsion.” (Google Online Dictionary)
“ANARCHISM is a political philosophy and movement that rejects all involuntary, coercive forms of hierarchy. It calls for the abolition of the state which it holds to be undesirable, unnecessary and harmful.”  (Wikipedia)

(In)famous atheist activist Madalyn Murray O’Hair was a self-identified anarchist, and philosopher Ayn Rand has certainly been a historical favorite among those who enjoy reading in the ‘individualist anarchist’ vein of thought (although I don’t know of her ever technically self-identifying as an anarchist). Emma Goldman is probably one of the most well-known historical anarchist names in American labor movements. Leo Tolstoy left an undeniable legacy of anarchism within America’s most widely practiced faith tradition. There are ‘Austrian economists’ who openly call themselves anarchists currently, and who have even testified before the U.S. Congress on economic matters. Noam Chomsky seems to be a celebrity favorite of many anarchists today, and even a President of the United States can sound much like an anarchist when they say things like, “Government isn’t the solution to our problems, government is the problem,” as Ronald Reagan did.

Words actually have definitions. One might think the president would know the definitions of the terms he speaks publicly and would want to use those words correctly.

Or, maybe there’s another agenda afoot.

If someone has awoken the spirit of Eugene McCarthy, I’ve got a few questions for them.

Kru Adam G. “Brick” House is an Afghanistan war veteran and former licensed minister (UPCI), who has become an outspoken skeptic, peace advocate, and libertarian activist. He currently resides in Leander, Texas, where he is a licensed Muay Thai Kru and owner of Peaceful Warrior Muay Thai Academy.

Over the course of the past century, a number of truly awe-inspiring heists have been carried out by con artists, whose modus operandi is to exploit human frailties such as credulity, insecurity and greed. Con is short for confidence, for the con artist must first...

END_OF_DOCUMENT_TOKEN_TO_BE_REPLACED

Just when you thought our wise overlords in government couldn’t make our economic situation any worse, Joe Biden dares to dream the impossible dream, and endorses legislation to stick it to freelance contractors called: The PRO Act. This is nearly identical to the...