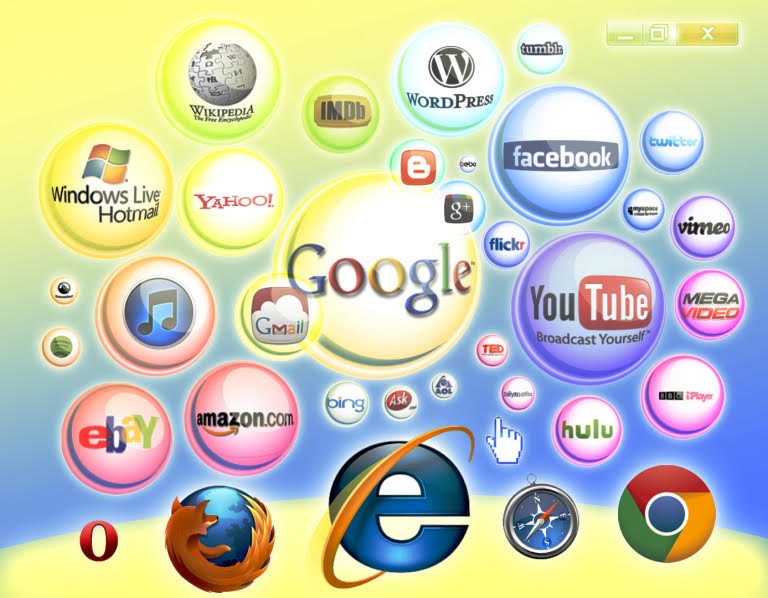 How’s this for irony? While progressivism and socialism promise free goods and services but never deliver, markets deliver all the time.

Free stuff in the marketplace? It sounds counterintuitive, and we’ve heard that “there ain’t no such thing as a free lunch.” But in the internet age, free stuff abounds. We often overlook the commonplace; however, just a few moments’ thought will show we all have access to immensely useful free services thanks to the internet and its associated technology.

As The Economist pointed out, “Measuring the economic impact of all the ways the internet has changed people’s lives is devilishly difficult because so much of it has no price.… This problem is an old one in economics. GDP measures monetary transactions, not welfare.”

The benefits of the internet come at some cost, of course. We subscribe to an internet service provider and buy a device, ranging from a desktop computer to a smartphone. But once those relatively small expenditures are made, the door opens to an endless treasure trove of free (or nearly free) services that can serve many purposes, from the trivial to the important (keeping in touch with family and friends) to the life-saving. To appreciate how much money these services can save us, think, for example, of the publishing opportunities now available to amateur writers, photographers, and artists, who can potentially reach a global audience at no cost. Now think of the free access to information, beginning — but hardly ending — with Wikipedia. What would roughly similar (though often inferior) services have cost a few decades ago?

We would be wrong, however, to think this cornucopia is purely a phenomenon of the internet age. In fact, it’s an intrinsic feature of the marketplace — so long as competition is substantially free. The freebies are not as obvious as the internet’s, but they are ubiquitous nonetheless. And to the extent the government interferes with free competition, it hampers the market’s delivery of these free goods and services. Guess who that harms most of all?

In his unfinished magnum opus, Economic Harmonies (1850), the great French liberal economist Frédéric Bastiat (1801–50) explained how free and competitive markets relentlessly “transform onerous utility into gratuitous utility.” He meant that useful things that previously required labor to obtain become increasingly available without the need for labor. How can that be?

Bastiat explained the process in chapter 8, “Private Property and Common Wealth.” “Thus it is that habit,” he wrote, “that veil which is spread before the eyes of the ordinary man, which even the attentive observer does not always succeed in casting aside, prevents us from seeing the most marvelous of all social phenomena: real wealth constantly passing from the domain of private property into the communal domain.”

Free market advocates don’t often write like this, but for Bastiat, the communal domain — which, remember, is produced by the market process — is where useful things are available to all at no cost. He explained:

It is characteristic of progress (and, indeed, this is what we mean by progress) to transform onerous utility into gratuitous utility; to decrease value [i.e., price] without decreasing utility; and to enable all men, for fewer pains or at smaller cost, to obtain the same satisfactions. Thus, the total number of things owned in common is constantly increased; and their enjoyment, distributed more uniformly to all, gradually eliminates inequalities resulting from differences in the amount of property owned.

The key to the phenomenon is technology, or as Bastiat put it, “production … in large measure … turned over to Nature.” To acquire more useful things with less effort, people “incorporate in their labor a constantly increasing proportion of the forces of Nature.… They invent tools or machines, they enlist the chemical and mechanical forces of the elements, they divide their labors, and they unite their efforts.”

When the forces of nature replace human exertion, part of the utility that buyers once had to pay for becomes free. For example, when technology enables firms to produce cars at lower cost (hence requiring less labor from buyers), some of the car’s utility that buyers previously had to pay for is now free. When the cars are not only cheaper but better, the gratuitous utility is an even greater component.

While technology makes this possible, something else is needed to make it actual: competition. If a producer substituted the forces of nature for human labor, he no doubt would prefer to charge the higher, pre-innovation price. If he did so, he would reap a return on what nature contributed for free, but it would enable a competitor using the same production process to undercut the first producer’s price by forgoing some of the return on nature’s services. Eventually, that return would be competed away entirely, and the new, lower price would deliver gratuitous utility to consumers.

For obvious reasons, Bastiat wrote, the innovator would try to keep his process secret, but “when a new process is invented, it does not remain a secret for long.” In his chapter on competition, Bastiat elaborated: “Excessive compensations by their very nature arouse covetousness. The new process spreads, the price of x steadily drops, and the remuneration also declines, more and more rapidly as the time interval between the invention and its imitations lengthens, that is, as it becomes easier and easier, and less and less risky, to copy the invention.”

This suggests that Bastiat thought patents harmed consumers by prohibiting imitation and keeping prices from falling. As he wrote in an 1848 letter: “But has the person who invented and built a plough an exclusive right, not only over this plough but even over the very concept of this plough, so that nobody is able to build something similar? If this is the case, imitation is excluded from this world, and I must admit that I attach an immense and extremely beneficial importance to imitation.”

Bastiat’s lesson is clear: if you value greater economic equality, you ought to champion the free market.

Originally published at the American Institute for Economic Research.