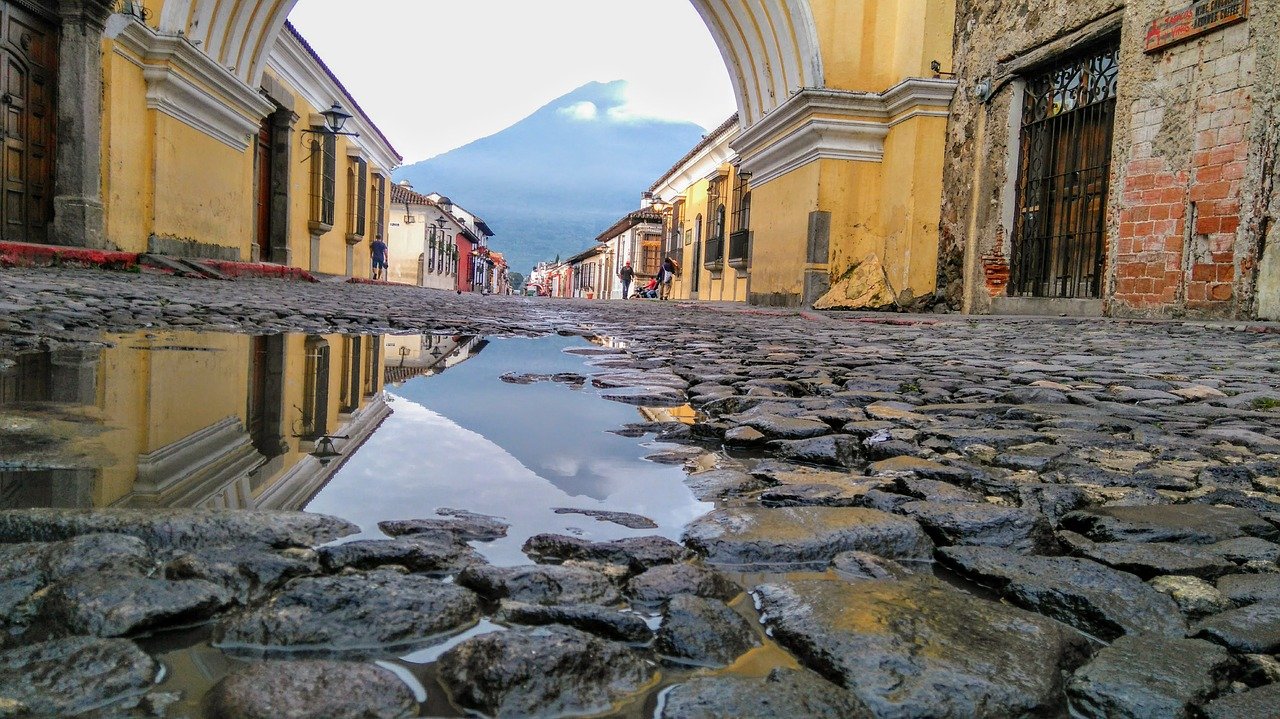 Vice President Kamala Harris visited Guatemala earlier this week to bestow millions of dollars in new foreign aid on that government. The Biden administration is pretending that giving more US tax dollars to Central American governments will miraculously reduce the surge of illegal immigrants that Biden’s appointees are welcoming in Arizona, Texas, and elsewhere. The purpose of Harris’s trip and the new handouts is not to solve that problem but simply to make the Biden administration appear to give a damn about the issue.

In her official statements during the visit, Harris included no admission of how the U.S. drug war has been a pox on Guatemala. Her silence was no surprise considering Joe Biden’s nearly half century of fanaticism for that pointless crusade.

I learned about the wreckage of U.S. drug policies when I visited Guatemala in 1992. I had been writing articles bashing drug prohibition for almost a decade at that point. But before that trip, I had only vague notions of the ravages being inflicted on hapless foreigners.

I went to Guatemala to give a couple speeches on the follies of protectionist trade policy, spurred by the publication the previous year of my book The Fair Trade Fraud (St. Martin’s Press). I was hosted by the president of Francisco Marroquín University, Manuel Ayau, a genial yet fearless fighter for free markets. I didn’t realize until I arrived that Ayau had recently been the presidential candidate of the “party of organized violence” and was on several left-wing “death lists.” Guatemala had shortages of almost everything except political assassinations. Ayau, a compact dynamo, was hepped up because he’d just gotten a laser sighting attachment for his Clint Eastwood/Dirty Harry caliber .44 Magnum. As his chauffeur-bodyguard drove us around the capital city, Ayau trained that red dot on all sorts of targets. I was happy I was sitting behind him.

Guatemala was a struggling Third World nation striving to overcome decades of genocide and civil strife. Unfortunately, it was also increasingly victimized by chemical warfare. To blight any suspected marijuana or poppy plants, the U.S. government was dousing broad swaths of Guatemala with toxins to preemptively destroy anything growing below. The year before I visited, a group of Guatemalan beekeepers sued the Drug Enforcement Administration (DEA), claiming that the spraying had destroyed half of their industry. Herbicides had contaminated local drinking water and many residents had required hospitalization after exposure to the chemicals. A Guatemalan human rights commission asserted that the spraying had destroyed so many farmers’ corn and bean crops that serious food shortages could result.

U.S. policymakers presumed that the solution was to further militarize the drug war. After farmers began shooting at the planes, the U.S. government sent in Black Hawk helicopter gunships to accompany the crop dusters and suppress peasant revolts. I called the U.S. embassy to ask about the controversy and was told that the complaints came from “illiterate Indians” and were nothing but “drug war disinformation.”

Outside of Guatemala City, I met farmers and small businessmen and pumped them for information on the U.S. drug war. A manager of a large farm in central Guatemala told me that many of his shipments of yucca cane to Europe were rejected because they arrived in Rotterdam and were rotting as a result of DEA’s drug spraying. Another farmer bewailed how his harvests exported to the United States were routinely destroyed during Customs Service searches for illicit drugs (he never received compensation even though no drugs were found). A Guatemalan banker told me that the DEA was involved in shooting down or forcing crash landings of small planes suspected of carrying drugs. A prominent Guatemalan politician told me, “If you criticize the Drug Enforcement Agency, you might lose your visa” and be banned from visiting the U.S. Guatemalans were outraged when the U.S. ambassador revoked the visa of a Guatemalan judge who refused to vigorously prosecute an alleged drug smuggler.

After I returned to Washington, I hounded drug policy activists, human rights groups, and environmentalists to learn more about the U.S. drug war run amok south of the border. A Peace Corps volunteer who had spent eighteen months working with Guatemalan farmers told me that the pilots were spraying much more toxic concentrations than the US embassy admitted. No wonder crops were dying.

I flogged the Guatemalan debacle in a Washington Times op-ed: “U.S. anti-drug activities are wrecking the environment, terrorizing the people, and subverting the market economies that the United States loves to champion.” U.S. antidrug money was pouring into the coffers of a military perennially notorious for committing genocide against the Mayans and other minorities. I observed: “Giving the Guatemalan army more weapons to fight marijuana growers is like giving bazookas to the Mafia to combat jaywalking in New York City.”

The piece also highlighted the imperious behavior of U.S. government agents throughout Central America: “DEA agents have often behaved acted as if the drug war gives them a right to impose martial law on foreign nations. In Bolivia, DEA agents have donned black masks and gone out and destroyed newly paved roads in the jungle in order to prevent drug traffickers from utilizing them. In Mexico, Guatemala, and elsewhere, DEA agents have kidnapped those accused of drug crimes and taken them to the United States.” The article concluded: “Exporting our drug war to Guatemala and other Latin American nations is Yankee Imperialism at its worst.”

My article enraged DEA chief Robert Bonner. “Columnist Sprays Tons of Misinformation over Your Pages” was the headline the Washington Times used for his response to my piece. Bonner claimed that I had done “a great disservice to your readers” and declared: “We certainly are not behaving as if the ‘drug war gives us the right to impose martial law on foreign nations,’ as Mr. Bovard contends.” (Bonner became a top Homeland Security honcho after 9/11.) Bonner insisted that the herbicide the DEA was using—Roundup—was practically harmless unless adults were consuming ten ounces per day. Since that time, Roundup has been recognized as a carcinogen and more than twenty nations have restricted or banned its use.

Bonner’s denials did not deter the DEA from wreaking havoc throughout Central America in the following decades. But U.S. policy “had no impact on the amount of drugs” shipped from Guatemala to the U.S., the General Accounting Office concluded the following year. Guatemala has “become the transshipment point for more than 75 percent of the cocaine smuggled into the United States,” the Boston Globe reported in 2005. Massive US aid for the Guatemalan military became a propellant for drug smuggling, which became spearheaded by top generals and elite special forces units.

It would be naïve to expect the Biden administration to embrace any solution to a problem that involves decreasing U.S. government power. But giving more money to Central American regimes will do nothing to compensate farmers, businessmen, and others still victimized by the U.S. war on drugs. Unfortunately, the vast majority of Americans will continue to ignore the carnage that is inflicted abroad in their name.