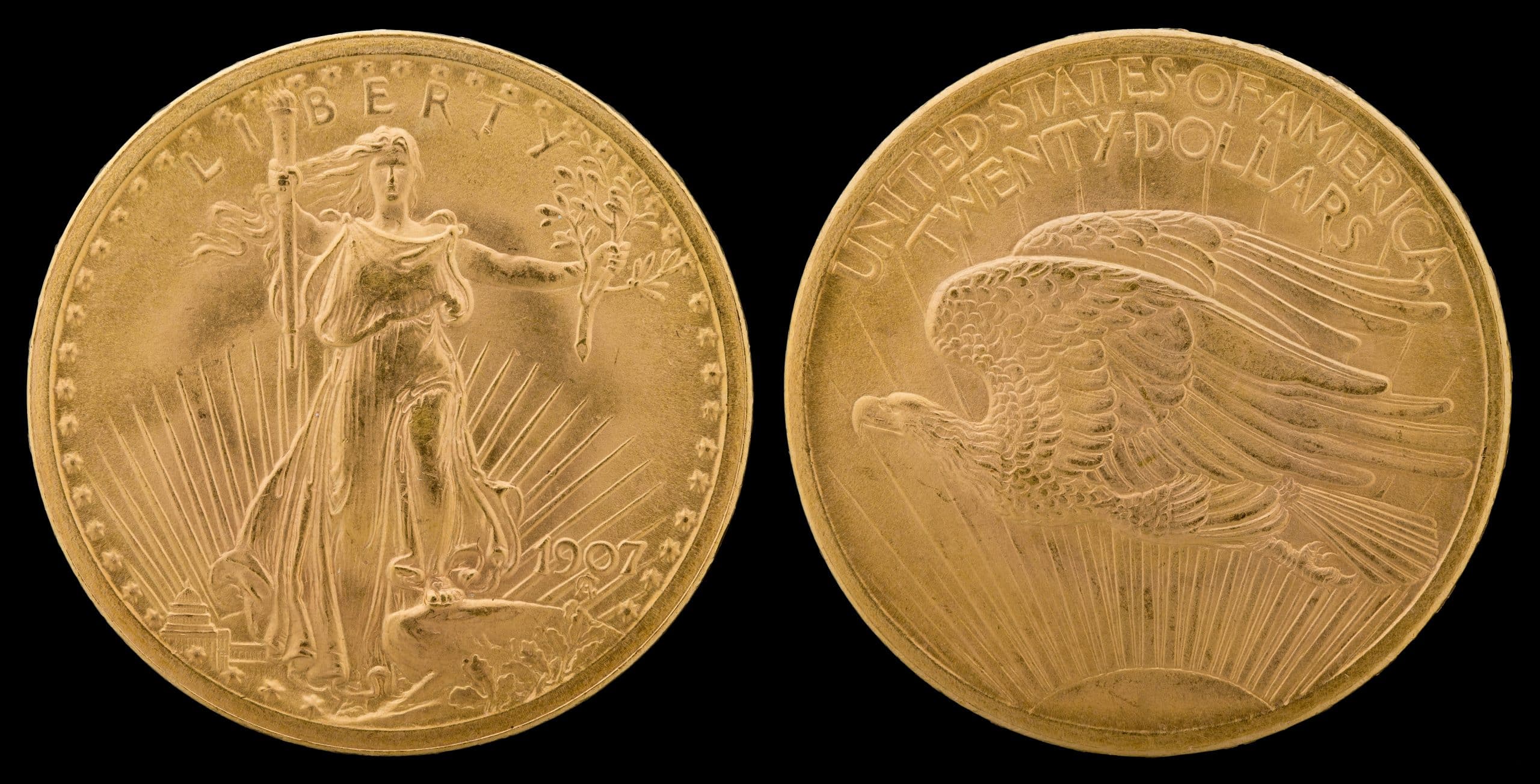 Old coins vaccinated me against trusting politicians long before I grew my first scruffy beard. I began collecting coins when I was eight years old in 1965, the year President Lyndon Johnson began eliminating all the silver in new dimes, quarters, and half dollars. LBJ swore that there would be no profit in “hoarding” earlier coins “for the value of their silver content.” Wrong, dude: silver coins are now worth roughly fifteen times their face value.

History had always enthralled me, and handling old coins was like shaking hands with the pioneers who built this country. I wondered if the double dented 1853 quarter I bought at a coin show was ever involved in Huckleberry Finn–type adventures when “two bits” could buy a zesty time. I had a battered copper two-cent piece from 1864, the same year that Union general Phil Sheridan burned down the Shenandoah Valley where I was raised. Some of the coins I collected might now be banned as hate symbols, such as Indian Head pennies and Buffalo nickels (with an Indian portrait engraved on the front).

In the era of this nation’s birth, currency was often recognized as a character issue—specifically, the contemptible character of politicians. Shortly before the 1787 Constitutional Convention, George Washington warned that unsecured paper money would “ruin commerce, oppress the honest, and open the door to every species of fraud and injustice.”

But as time passed, Americans forgot the peril of letting politicians ravage their currency. In 1933, the US had the largest gold reserves of any nation in the world. But fear of devaluation spurred a panic, which President Franklin Roosevelt invoked to justify seizing people’s gold to give himself “freedom of action” to lower the dollar’s value. FDR denounced anyone who refused to turn in their gold as a “hoarder” who faced ten years in prison and a $250,000 fine.

FDR’s prohibition effectively banished from circulation the most glorious coin design in American history—the twenty-dollar Saint-Gaudens Double Eagle gold piece. I was captivated by early American coin designs, especially those featuring idealized female images emblazoned with the word liberty. I was unaware that George Washington refused to allow his own image on the nation’s coins because it would be too “monarchical.” Until 1909, there was an unwritten law that no portrait appear on any American coin in circulation. That changed with the hundredth anniversary of the birth of Abraham Lincoln, whom the Republican Party found profitable to canonize on pennies.

By the mid-twentieth century, American coinage had degenerated into paeans to dead politicians. Portraits of Franklin Roosevelt, John F. Kennedy, and Dwight Eisenhower were slapped onto coins almost as soon as their pulses stopped. This reflected a sea change in values as Americans were encouraged to expect more from their leaders than from their own freedom.

Coin dealing helped me recognize early on that a government promise is not worth a plug nickel. From 1878 onwards, the US Mint printed silver certificates, a form of paper currency. My 1935 silver certificate stated: “This certifies that there is on deposit in the Treasury of the United States of America One Dollar in Silver Payable to the Bearer on Demand.” But in the 1960s, that became inconvenient so the government simply nullified the promise.

On August 15, 1971, President Richard Nixon announced that the US would cease paying gold to redeem the dollars held by foreign central banks. The dollar thus became a fiat currency—something which possessed value solely because politicians said so. Nixon assured Americans that his default would “help us snap out of the self-doubt, the self-disparagement that saps our energy and erodes our confidence in ourselves.” Regrettably, this particular treachery was not included on the list of indictable offenses that the House Judiciary Committee enacted a few years later.

After Nixon’s declaration of economic martial law, I lost my enthusiasm for squirreling away one memento from each mint and each year in the Whitman blue coin folders that permeated many 1960s childhoods. I shifted from collecting to investing, hoping that old coins would be a good defense against Nixon’s “New Economics.” Prices for pristine coin specimens were far higher and more volatile than the value of some of the barely legible slabs of metal I previously amassed. A single blemish could slash the value of a rare coin by 80 percent (same problem I had with some manuscripts I’ve submitted over the years).

Coin values were pump primed by the Federal Reserve’s deluge of paper dollars to create an artificial boom to boost Nixon’s reelection campaign and supplemented by wage and price controls that wreaked havoc. Inflation almost quadrupled between 1972 and 1974, and I soaked up the cynicism and outrage prevailing in coin investment and hard money newsletters. I poured most of the money from the jobs I did during high school into rare coins. Because rare coins were appreciating almost across the board, it was difficult not to be lucky in a rising market. The biggest peril was the endless scam artists seeking to fleece people with false promises of lofty gains or fraudulent grading of rare coins—a pox that continues to this day.

After graduating high school in 1974, I began working a construction job. When I got laid off, I saw it as a sign from God (or at least from the market) to buy gold. Investment newsletters and political debacles convinced me the dollar was heading for a crash. I sold most of my rare coins and plunked all my available cash into gold and also took out a consumer finance loan at 18 percent to purchase even more. That interest rate was the gauge of my blind confidence. Nixon’s resignation in August 1974 did wonders to redeem my gamble.

My coin and gold speculations helped pay for my brief stints in college, with some greenbacks left over to cover living expenses during my first literary strikeouts. I eventually shifted into journalism and migrated to the Washington area.

Two weeks after I moved into a shabby group house in the District of Columbia in 1983, I pawned the last gem of my coin collection—the 1885 five-dollar gold piece that my Irish American grandmother had given me fifteen years earlier. She was a dear sweet lady who would have appreciated that her gift helped cover the rent for a few more weeks until I finally consistently hit solid paydirt later that year. (Thanks, Reader’s Digest!)

Wheeling and dealing with coins inoculated me against Beltway-style agoraphobia—a pathological dread of any unregulated market. The market set the price for 1950 Jefferson nickels coined in Denver based on the relatively small mintage chased by growing legions of young collectors. Nixon boosted the price of milk after the dairy lobby pledged $2 million in illegal contributions. It was nuts to permit politicians to control prices when there was no way to control politicians. Having watched coin values whipsaw over the prior decade, I recognized that value was subjective. The test of a fair price is the voluntary consent of each party to the bargain, “the free will which constitutes fair exchanges,” as Senator John Taylor wrote in 1822. Seven years ago, President Barack Obama, talking about how the government was losing money minting the lowest denomination coin, declared, “The penny, I think, ends up being a good metaphor for some of the larger problems we got.” Actually, the collapse of our currency’s value is a curse, not a metaphor. The dollar has lost 85 percent of its purchasing power since Nixon closed the gold window.

For a century, American coinage and currency policies have veered between “government as a damn rascal” and “government as a village idiot.” I remain mystified how anyone continues trusting their rulers after the government formally repudiates its promises. But I still appreciate old coins with beautiful designs that incarnated the American creed that no man has a right to be enshrined above anyone else.