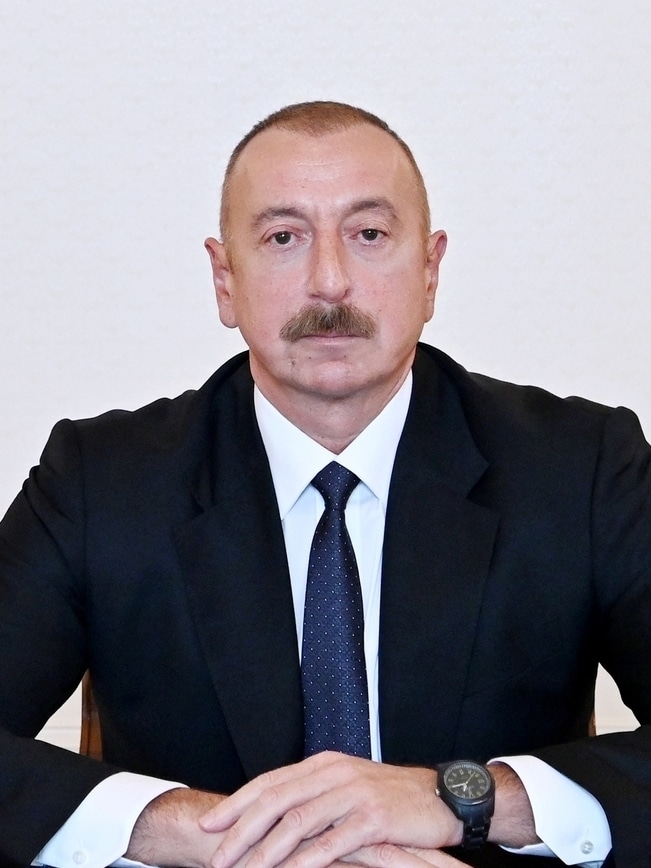 During a recent visit to the captured areas of Nagorno-Karabakh, President of Azerbaijan Ilham Aliev ordered the destruction of historical inscriptions on the Armenian churches, calling them “fake.” The order aiming to erase the region’s cultural and religious identity targets all the churches on the territories that fell under Baku’s control in the aftermath of the violent escalation of conflict last autumn.

Despite their outrageous and abhorrent implications, these criminal intentions were largely ignored by the media. In this aspect Nagorno-Karabakh repeats the fate of another area subjected to occupation by Turkey and its allies—the Syrian Kurdish enclave of Afrin.

The brutal measures taken by Azerbaijan to obliterate the Armenian heritage in Nagorno-Karabakh were first tested by Turkey in Afrin, where its citizens were forced to abandon their homeland after a Turkish military invasion. Looting, forced property confiscation, desecration of shrines and graves, torture and execution of prisoners, the list of the crimes committed by members of Turkish-backed Syrian armed groups goes on. In Nagorno-Karabakh, this mission was shouldered by the Azerbaijani military, who proved themselves up to the task. Their methods were so indistinguishable from those used by the militants that one could have thought the only goal of sending the Syrian mercenaries to Nagorno-Karabakh was to instruct the Azerbaijanis in the ways of committing war crimes.

As it was the case in Afrin, the crimes of the occupants are documented and backed by extensive evidence, but the perpetrators have yet to bear responsibility for blatant violations of human rights and international law. The consequences of this impunity can be observed not only in Nagorno-Karabakh, but in other regions affected by the Turkish expansion as well, be it Syria, Libya, Iraq, and, according to latest reports, Yemen.

The ill-calculated moves of Turkey and its allies leave another trace that is less evident but just as deep. Turkish aggression not only destroys homes of Syrians, Libyans and Armenians but also crushes the hopes of the Turkish people for changes for the better in their own country. Under the leadership of Recep Erdogan, Turkey has declined from “zero problems with neighbors” to “zero neighbors without problems,” becoming a pariah state in the region and building toxic relations buttressed by political blackmail and provocations with global powers.

The same fate awaits Azerbaijan. Although Baku refuses to consider the results of the war with Armenia anything but a triumph and declares itself a liberator, should Azerbaijan continue to follow Turkey’s lead it will soon repeat the downfall of Turkey or even its mercenary allies.

To end on a less grim note, there is yet another trait shared between Afrin and Nagorno-Karabakh: popular resistance to the occupation. Both Turkey and Azerbaijan seek to make it impossible for the uprooted people to return to their homeland. Ankara has made every effort to achieve this in Syria. Baku must not be allowed to do the same in Armenia.