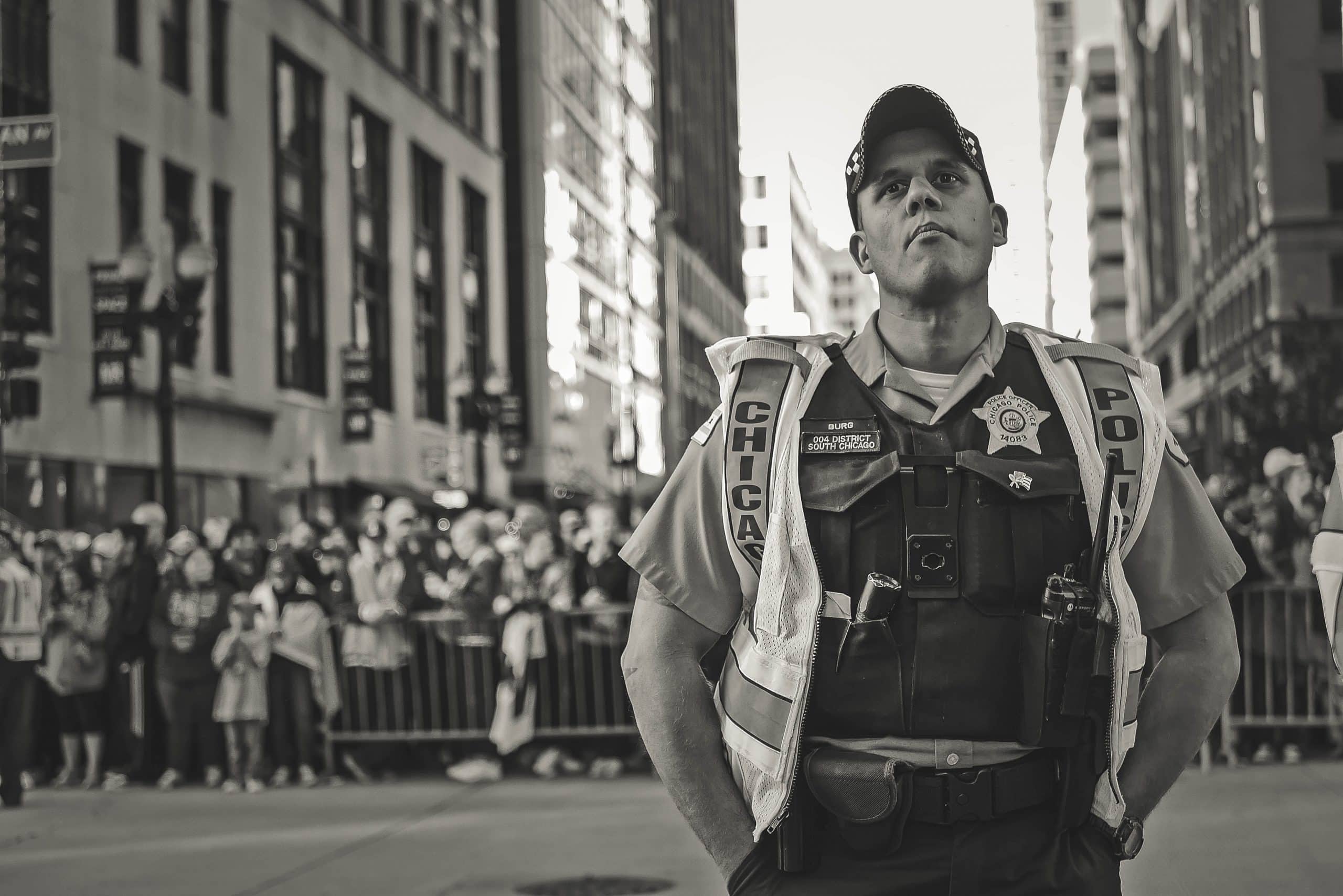 In a previous post, I discussed how fired police officers are often able to get their jobs back by appealing their termination to independent arbitration and thus how only time will tell if the officers involved in the arrest and death of George Floyd will remain fired. Even if they are unable to return to their jobs as Minneapolis police officers, this does not mean that their law enforcement careers are over. There is growing recognition of the phenomenon of the “wandering officer,” or, as the great journalist of law enforcement abuse William Norman Grigg called it, the “gypsy cop.”

The wandering officer is one who is fired or “voluntarily resigns” in lieu of being fired and obtains employment with another law enforcement agency. Although many anecdotes about such officers exist, a recently published Yale Law Journal article by Ben Grunwald and John Rappaport presents the first systematic analysis of the wandering officer. Before discussing their data, Grunwald and Rappaport list a number of examples of wandering officers, including the following:

● Cleveland officer Tim Loehmann, who shot and killed twelve-year-old Tamir Rice, previously worked for the police department in Independence, Ohio, for five months. The Independence deputy police chief wrote a memo noting that Loehmann had resigned rather than face certain termination due to his dangerous loss of composure during firearms training. His supervisors expected that he would be unable to cope or make good decisions under stressful conditions. After being fired for failing to disclose this work history when he applied to the Cleveland Police Department, Loehmann was still able to obtain employment as a law enforcement officer for Belaire, Ohio.

● “New Orleans Police Department officer Carey Dykes was ‘sued for alleged brutality, accused of having sex with a prostitute while on duty and caught sleeping in his patrol car instead of responding to a shooting.’ An internal affairs investigation found seventeen violations of department rules. New Orleans fired Dykes in 2001. Later the same year, Dykes found police work at the Delgado Community College in New Orleans and then the Orleans Parish Sheriff’s Office.”

● “Nicholas Hogan, an officer with the Tukwila Police Department in Washington, pepper-sprayed a suspect who was restrained on a gurney in a hospital in 2011. Hogan was federally indicted for the act and Tukwila fired him. In 2012, the police department in nearby Snoqualmie hired him only to fire him later for having an affair with the wife of a fellow officer. He was also subsequently incarcerated for the pepperspray incident.”

Grunwald and Rappaport were able to obtain employment data on all police officers in the state of Florida from 1988 to 2017, including the reasons for their firing and whether they resigned in lieu of being fired. They found that in any given year of their study, an average of just under one thousand wandering officers were working as agents of law enforcement in the state of Florida, making up 3-4 percent of all law enforcement officers in the state.1Grunwald and Rappaport believe that, if anything, this is a lowball estimate of the number of wandering officers, since it does not include officers who moved across state lines and those who successfully lied about their employment history. Further, it should not be considered nationally representative, since Florida is relatively strict in terms of decertifying officers and requiring certain background checks for new hires. This may not sound like a lot, but police misconduct is not evenly distributed. Research of the Chicago Police Department by Kyle Rozema and Max Schanzenbach, for example, found that the worst one percent of officers, as measured by civilian complaints, generate nearly five times the number of payouts and more than four times the total damage payouts in civil rights litigation compared to the average officer. In Florida, Grunwald and Rappaport found that compared to new recruits or experienced hires who have never been fired, the wandering officers were much more likely to be fired again and more likely to be fired for engaging in misconduct. Clearly, then, focusing on terminating and preventing the rehire of officers with a demonstrated history of misconduct would disproportionately reduce the amount of misconduct that occurs.

So why isn’t this happening, or at least not to a greater degree than it has? Why would departments even consider hiring an officer who has been fired from another law enforcement agency? There are a number of reasons for this. One is that such job candidates are financially attractive, at least in the short run, compared to new recruits who have to be paid while they undergo training at the police academy and cannot be deployed to the street right away. But, in some cases, hiring police agencies do not know the history of the person they’re hiring.

This was the case with two hires of the West Palm Beach Police Department. One of them had worked for six different departments in Tennessee and Georgia in five years. He resigned from the department in Chattanooga after two complaints of brutality and after his drug problem with marijuana became known. He promised the police commissioner in Chattanooga that he would no longer work in Georgia, Tennessee, or Alabama but would go to southern Florida, disclosing none of these issues to the West Palm Beach Police Department. The other hired officer, while employed by the Riviera Beach Police Department, had beaten an arrested man, blinding him in one eye, resulting in an $80,000 judgment. When the department in West Palm Beach asked the department in Riviera Beach whether there was any derogatory information regarding this applicant, they had reported that they were not aware of any such information even though the beating had occurred five months prior. In 1990, these two officers stopped Robert Jewett for attempting to hitchhike. A struggle ensued, and Jewett was beaten to death. Although both officers were cleared of any wrongdoing by an internal investigation, the Commissioner of the Florida Department of Law Enforcement reported that had the West Palm Beach Police Department been aware of these officers’ histories, they would never have been hired and Jewett might still be alive.

Roger Goldman and Steven Puro note that “At the time of the Jewett killing, Florida law did require chiefs to send the Criminal Justice Standards and Training Commission (CJSTC) a report where they had cause to suspect the officer had committed decertifiable conduct.” Although they had been legally required to do so, the Riviera Beach Police Department did not notify the CJSTC of their officer’s beating and blinding of a suspect. Regarding the officer who had previously worked in Chattanooga, Tennessee law allowed the state Peace Officer Standards and Training (POST) Commission to revoke the certificate of an officer who had been suspended or terminated for disciplinary reasons, but the regulations did not cover those who had resigned.

Currently, in forty-five states, to become a law enforcement officer requires a certification—essentially an occupational license—from a state-level entity.2According to Roger L. Goldman, the five states in which a police officer cannot be decertified require that barbers have an occupational license. See “A Model Decertification Law,” Saint Louis University Public Law Review 32, no. 1 (2012): 147–56. In most states, this body is called the POST. The rules for decertifying officers vary widely by state, and some standards are rather low. For example, twenty states require a criminal conviction before an officer can be decertified.3See Loren T. Atherley and Matthew J. Hickman “Officer Decertification and the National Decertification Index,” Police Quarterly 16, no. 4 (December 2013): 420–37 for a good summary. Note, however, that since its publication more states allow for decertification, making it dated in some respects. There exists a National Decertification Index (NDI), a database containing the names of decertified officers that can be referenced by POSTs (or their equivalent) and some law enforcement agencies. Reporting decertified officers to the NDI is voluntary, however, and not every agency does it. Further, only twenty-eight POSTs say that they “always” or “frequently” query the NDI. Despite the President’s Task Force on 21st Century Policing recommending that the Office of Community Oriented Policing Services partner with the International Association of Directors of Law Enforcement Standards and Training “to expand its National Decertification Index to serve as the National Register of Decertified Officers with the goal of covering all agencies within the United States and its territories,” this recommendation has not been implemented, and wandering officers are able to make it through the cracks.

Compared to other proposed police reforms, making sure that police agencies report decertified officers to the NDI and reference it in making their hiring decisions does not face a hard tradeoff4For example, reforms that reduce police protections would require that officers be paid higher wages and might encourage officers to engage in “depolicing.” and there is no clear concentrated interest group to oppose it (e.g., police unions have little interest in expending resources to aid wandering officers who are not paying dues). Roger Goldman considers such a coordinated reform between states “an opportunity for cooperative federalism.” Given the fact that he wrote that back in 2003 and the law enforcement entities who could implement it have dragged their feet on such an obvious, seemingly noncontroversial reform leads one to question how interested they are in reducing misconduct.

Tate Fegley is a Postdoctoral Associate at the Center for Governance and Markets at the University of Pittsburgh. This article was originally featured at the Ludwig von Mises Institute and is republished with permission.