Is Your State Destroying Your Money?

Is Your State Destroying Your Money? 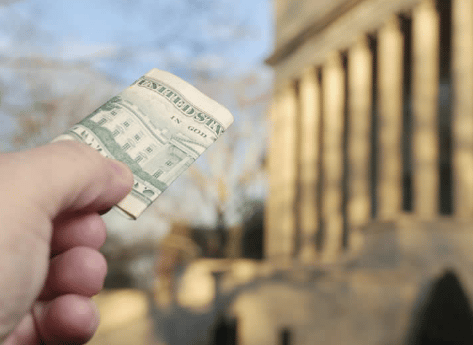 Is your state destroying your money?

Most states are, but several have taken action in the last few years to support sound money. You can find out how your state ranks in the 2019 Sound Money Index compiled and published by the Sound Money Defense League and Money Metals Exchange.

The Sound Money Index is the first of its kind, ranking all 50 states using 12 different criteria to determine which states maintain the most pro- and anti-sound money policies in the country.

Wyoming, Texas, and Utah emerged as the best states on sound money in the nation. with South Dakota, Alaska, Arizona, New Hampshire, and Washington not far behind. These states have implemented policies that repeal taxes on gold and silver, established gold and silver as legal tender and, make it easier to transact business with sound money. Texas has established a state Bullion Depository.

“Federal policy and the privately-owned banking cartel known as the Federal Reserve System are the root causes of inflation, instability, and currency devaluation,”  Sound Money Defense League  Policy Director Jp Cortez said. “However, there are steps states can take to protect their citizens from the ill effects of America’s unbacked paper money system, and many of them are taking those steps.”

One of the most important steps to support sound money is repealing taxes on gold and silver.

Imagine if you asked a grocery clerk to break a $5 bill and he charged you a 35 cent tax. Silly, right? After all, you were only exchanging one form of money for another. But that’s essentially what Virginia’s sales tax on gold and silver did. By removing the sales tax on the exchange of gold and silver, Virginia will treat precious metal specie as money instead of a commodity. This represents a small step toward reestablishing gold and silver as legal tender, and breaking down the Fed’s monopoly on money.

“We ought not to tax money – and that’s a good idea. It makes no sense to tax money,” former U.S. Rep. Ron Paul said during testimony in support an Arizona bill that repealed capital gains taxes on gold and silver in that state. “Paper is not money, it’s fraud,” he continued.

Practically speaking, eliminating taxes on the sale of gold and silver cracks open the door for people to begin using precious metals in regular business transactions. This would mark an important small step toward currency competition. If sound money gains a foothold in the marketplace against Federal Reserve notes, people would be able to choose the time-tested stability of gold and silver over the central bank’s rapidly-depreciating paper currency.

During the 2020 legislative session, South Carolina could become the fourth state to recognize gold and silver as legal tender. Utah led the way, reestablishing constitutional money in 2011. Wyoming and Oklahoma have since joined.

The effect has been most dramatic in Utah where United Precious Metals Association (UMPA) was established after the passage of the Utah Specie Legal Tender Act and the elimination of all taxes on gold and silver. UPMA offers accounts denominated in U.S. minted gold and silver dollars. The company also recently released the “Utah Goldback.” UPMA describes it as “the first local, voluntary currency to be made of a spendable, beautiful, physical gold.”

The United States Constitution states in Article I, Section 10, “No State shall…make any Thing but gold and silver Coin a Tender in Payment of Debts.” Currently, all debts and taxes in South Carolina are either paid with Federal Reserve Notes (dollars) which were authorized as legal tender by Congress or with coins issued by the U.S. Treasury — very few of which have gold or silver in them.

Once things get to that point, Federal Reserve notes would become largely unwanted and irrelevant for ordinary people. Nullifying the Fed on a state by state level is what will get us there.

Wyoming has also taken steps to encourage and facilitate the use of cryptocurrency and to support the development of blockchain businesses. Cryptocurrencies open up another pathway to this same goal of creating currency competition and undermining the Federal Reserve’s monopoly on money.