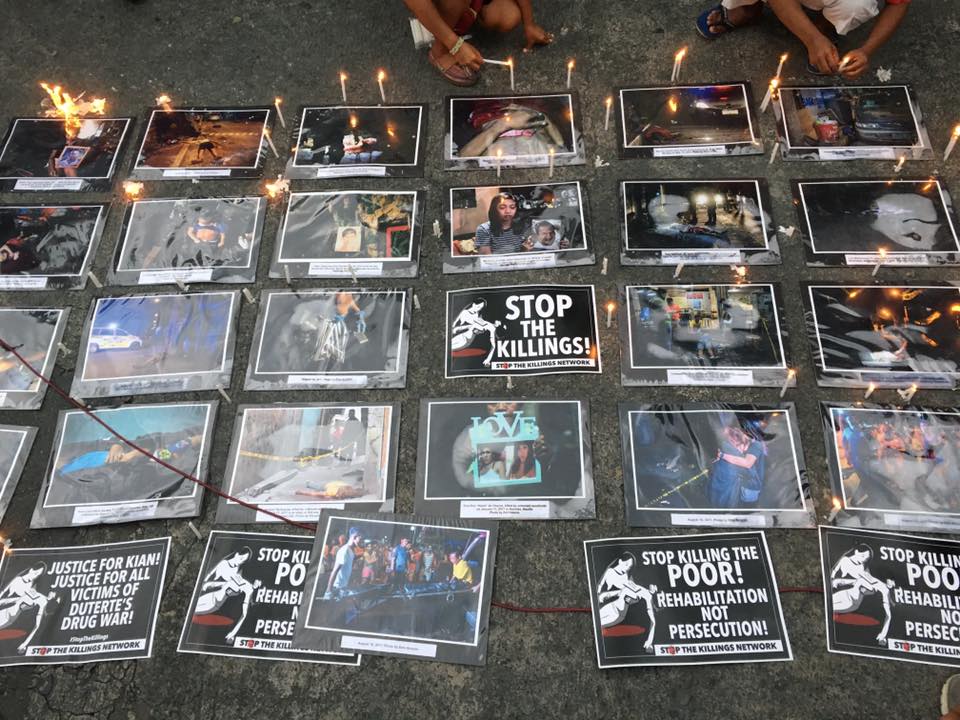 When the Philippine drug was brought back this March it wasn’t supposed to be like this. Supposedly the police hoped the second stage of the resurrected drug war would be all but bloodless.

After all Duterte had already fulfilled his promise of a lethal drug war. The campaign that lasted from his inauguration in mid 2016 through January 2017 had produced some 2,500 bodies (the oft-cited 7,000 figure is an exaggeration), overwhelmingly shot by police while “resisting arrest”. There was no urgent political need for more bodies.

It was not to be. Instead the new campaign gradually broke new records in slaughter. But while the June 30th police killing of a privileged mayor of a city of 150,000 people, left people shrugging — or cheering, the name of the latest victim to splash onto newspapers front pages has even some supporters of the drug war taking a step back.

There have been “innocents” who had nothing to do with the drug trade or use killed before, but this time it’s different. This time there are witnesses and video footage that tell brutal details of the killing of Kian Loyd Delos Santos.

As told by witnesses, the police apprehended Kian, then gave him a gun and told him to run for his life. The 17-year-old student begged them for his life, frantically telling them he had a school test the next day.

What is more, there is CCTV footage, which has now been seen almost ten million times on Facebook, of plainclothes police dragging Kian to the back alley where his body was later found — with a gun in his non-dominant left hand.

The police has admitted Kian Delos Santos was not on their list of “drug personalities”, but now the relieved local police chief bizarrely claims they have now ascertained Kian had a drug connection from posts floating on social media.

That is highly unlikely seeing Kian was a Duterte supporter who was taught to fear drug addicts, albeit his father now says he regrets his support for the drug war. Witnesses say Kian was actually pointed out to the cops by the civilian informant they had tagging along.

Since the killing Kian, his family, and the witnesses to the murder have been subject to all manner of character assassination by various officials, but so far it has all been in vain. The three friends of Kian who witnessed the murder, two of whom are minors aged 13 and 16, went from the protective custody of an opposition Senator to custody of the Senate itself, and are expected to testify in a Senate inquiry this week. Ostensibly such custody is needed due to death threats they have received from drug war supporters, but it also keeps them away from police which could influence them to change their story before the hearing.

Duterte who previously vowed to protect police from judicial persecution, has himself thought it wise to distance himself from the policemen, and has said if found guilty of homicide they will be jailed. Heck, the public outcry even has him distancing from officials who have tried to smear the slain boy.

The three policemen involved have been suspended and the family is pursuing murder charges against them. Police’s own autopsy has confirmed Kian was shot while already lying on the ground. In a Philippine drug war first a extrajudicial killing is headed to court with a decent chance of the police executioners being held accountable.

Keep in mind that while Duterte openly boasts of killing drug dealers and users as a matter of policy, the Philippine police has always balked at such a total embrace of lawlessness. Supposedly the police does not go out to shoot “drug personalities” dead but to apprehend them — then kills them by the score as they “resist arrest”. In this way a whisp of lawfulness is maintained should political winds ever change.

Clearly the police never thought the drug war made them entirely untouchable and fortunately they are slowly being proven right.

The drug war establishment will claim Kian’s killing was an “isolated incident” that should not damped the wider drug war, but it’s difficult to see how it won’t leave a dent. The national public has been made aware of one completely innocent and sympathetic victim, the police have seen the drug war establishment does not always dares protect them, and despite police harassment the opponents of the killings have been galvanized into action.

The biggest danger of the momentum petering out comes due to Duterte’s charm offensive and his relationship with the Chief Public Attorney, Persida Acosta who is pursuing the charges against the policemen on behalf of Kian’s family.

Despite having been appointed by his predecessor, Acosta has maintained cordial relations with Duterte, and it’s an open secret that after sixteen years in her current office, she has her sights set on a Supreme Court slot. There is fear among opponents of the drug war she will intentionally sabotage or water down Kian’s case as part of a backroom deal.

Also, demonstrating his acute political senses, rather than join in the smears against Kian, Duterte actually arranged for a face-to-face meeting with the victim’s parents. What that will mean for the case and the drug war is anyone’s guess. Perhaps at least a temporary easing up is in the cards. One police official has pointed out that since the bloody August 15-18 action in Manila there have been no new victims.

Bizarrely the response to “rallies for Kian” by drug war supporters and at least one official—the justice minister—has been to ask why there are not likewise popular demonstrations when shabu addicts murder someone. While the challenge is absurd it shows where support for the drug war comes from. To its supporters the drug terror is the long-overdue fightback by normal society against (the very real, but also considerably hyped-up) addict and other drug-related violence—during which unfortunately sometimes there is “collateral damage“.

Opinion polls show strong support for the drug war at some 75-85 percent, but that does not necessarily equal support for extrajudicial executions, as over 90 percent also say they do not favor indiscriminate killing of suspects in police operations.

Additionally, three quarters of the killing takes place in just two cities, Manila and Cebu, which combined are home to just 12 percent of the population. The reality is that the vast majority of the population of the 7,000-island archipelago does not see the drug war and is not affected by it. A poll limited to the shanty towns of the two largest cities where the drug war actually takes place might give a different result — even if these places are also the most affected by addict crime.

Heck, polls way back in December already showed that nationwide 75 percent feared they, or someone they know, might be killed in the government’s drug war.