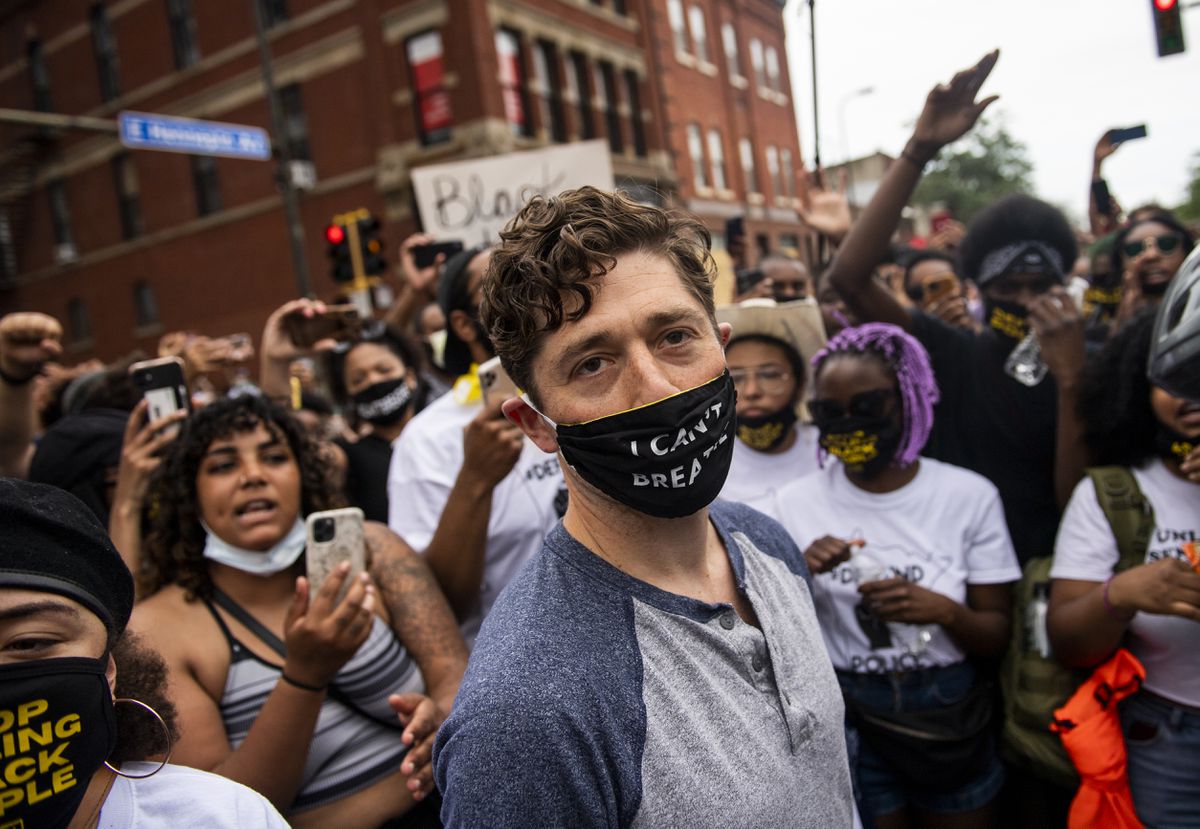 The protests in response to the murder of George Floyd have brought more mainstream exposure to a radical libertarian position than any other other political movement since Ron Paul’s presidential run. A number of hashtags calling for the defunding, disbanding and outright abolition of local police have propelled the topic into mainstream discourse. Over the past few days, The Star Tribune, Time magazine and today, the NYT have all run articles exploring the notion. A notion for which libertarians have devoted considerable effort, over the course of many decades, towards providing a theoretical and intellectual unpinning.

Due to the cultural development of the libertarian movement since the elder Paul’s presidential bid, however, some high profile libertarians have found it difficult to find fraternity with or even support such calls from urban minority community activists who have recently stolen the attention of the 24 hour news cycle. This is true for many reasons. Questions of the coherency of the narrative (who will enforce leftist laws???), over emphasis on racial issues instead of a focus on the institution of the police, and just the overwhelming growth of power of PC culture in just the last decade has made such libertarians regard this recent development as somewhat dubious.

Even on their own terms, it’s not clear that these views are justified.

First, its unclear as to whether or not this movement even qualifies as leftist, at least in the sense the term is used. If the position itself is leftist, than libertarians need to just accept that they hold leftist views. If by leftist they mean that *every* protester and voice in favor of abolition *also* holds socialist and anti-capitalist views, well that is immediately falsified. A number of libertarians have come out in support of the protests, a number even participated. How many people have to be libertarian for the movement to be libertarian? a plurality? a majority? Are we just going to say those people don’t count? Ok, so *most* protesters, right? What about the hundreds of thousands of participants who hold a complex set of political views that cant be easily summed up in a pithy way?  If what matters is the majority, than the movement has no political affiliation at all. What about the fact that ideas are transmitted through a sophisticated network over a variety of media, and people form their opinions based on a variety of influences. That political movements take on a life of their own, and calls to abolish are potentially as much to do with libertarian yammering as anything else?

Fine. Perhaps then, its the organizers that qualify the movement as leftist. I would accept that if they were calling for the platitudes and fashionable leftist rhetoric of yesteryear, These protesters have one goal. End the reign of terror that police have inflicted on the communities they are supposed to be serving and protecting.

“But it doesn’t make sense! How will they collect their revenue?”

Next we hear the following objection. “They don’t really want abolition, because then they couldn’t enforce their laws”. A slightly more coherent version of this rebuttal is “They haven’t really thought it through.” There is still *so* much wrong with this. Not only is it incredibly patronizing, but it homogenizes the entire movement. Libertarians are supposed to be methodological individualists. Not every protester is uniformly in favor of occupational licensing, zoning laws, business licenses, etc… In fact, most of these people don’t even consider these to be related issues, never mind having overwhelming support for them. Those who are familiar, have probably been victimized by such institutions themselves. What you really mean is that the political class wont let it happen. Uh, ok. Aren’t we all fighting the political class?

“But it shouldn’t all/only be about race”.

Yeah, well it is. At least for the people engaging in meaningful political activism right now. In the United States, urban minorities have a sense of the world in which their “class” such as it is, is perpetually victimized by a political establishment concerned with social control and exploitation. Is that not demonstrably true? Libertarians have historically never disputed that narrative. Our’s has always been a position that urban minorities are not focusing on appropriate causal factors… Which factors may i ask? … THE CRIMINAL JUSTICE INFRASTRUCTURE!!! Leftist are finally dialed in on the exact issue that libertarians have been saying lies at the heart of racial disparity, and now we cant support it because they see themselves as a class.

“What if they replace it with something worse?”

What  if they were screaming End the Fed? Would you be saying “What if they put in something worse?”. Sorry, guys. End the Fed is cancelled cuz there are greenbackers and conspiracy kooks. What if they were saying “End the empire”? It’s a callow angle. It certainly isn’t a priori true that replacing police with social programs would be less libertarian, and certainly reasonable that such programs could be more so. It’s a question of particulars. Each would have to be looked at on a case by case basis and evaluated on its own merit. Oppose those things when they happen. And what the hell can be worse than armed enforcement wing of the state? At worst, a replacement would be everything police already are, minus the guns. But again, nobody is saying you need to support that. Just oppose what you know is wrong. And for those suggesting that the market will not fill the void left by an absence of armed security forces in major cities… That people wont spontaneously organize to solve complex social problems. I have a few books i’d recommend. Starting with this one.

Here I would offer that somebody can see this movement as something bigger than looting and remain consistent with libertarianism. You don’t have to abandon a value for property rights to support activists protesting transgressions against property (such as all actions of the police on behalf of the state necessarily are). And by the way, it takes as little moral courage to decry looting as it does to decry racism. Not to mention the perfectly reasonable argument (which is born out by the evidence btw) that police response to the protests has done more to cause the looting than anything else.

“If they take power, they will betray us.”

Who? Leftists? Aside from the fact that i remain unsold on the idea that this is a homogeneous leftist movement, I am constantly bombarded with the narrative that they already have all of the power. How does them doing something we agree with put us at more risk than we would be otherwise?

So there it is. My case for embracing this movement. And my frustration at the state of libertarianism today. We should all agree, as we once had, Defund, Disband, Abolish. And if you don’t agree, well than get out of the way, cuz its happening.