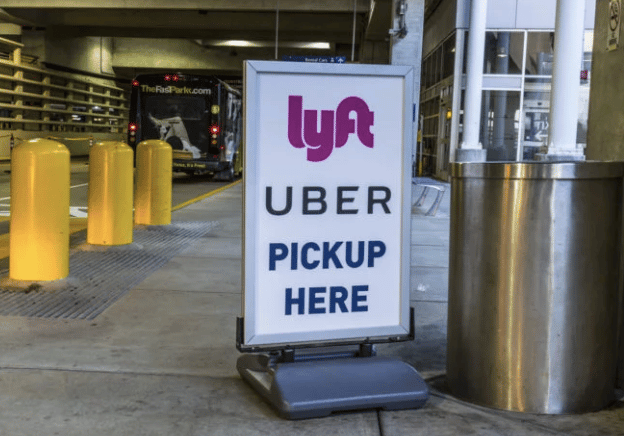 A new initiative launched by Lyft is helping people in low-income communities find jobs, highlighting the main difference between private and government-backed charity.

The Jobs Access Program, a partnership between the ride-share company and other organizations such as the charitable group United Way and the National Down Syndrome Society, a private nonprofit that educates the general public about Down syndrome, is present in 35 states in the United States and Canada. And according to Lyft, it will offer free or discounted rides to job interviews.

More than giving the unemployed access to reliable transportation, Lyft is also encouraging the newly hired to dedicate themselves to keeping their jobs, as the program will also help them get to work until their first paycheck arrives.

In its official campaign announcement, Lyft expressed excitement in being “committed to expanding transportation access to those who need it most,” adding that the program is part of its “$50M annual commitment to improve…cities through transportation infrastructure, donated transportation, and sustainability initiatives.”

In a statement issued to the press, the company added that reliable transportation to a job interview is of extreme importance for the unemployed, and that help in the first few weeks of work can also make a huge difference, giving the newly employed a chance at obtaining long-term employment.

While the program is financially backed by the ride-share company in partnership with a series of nonprofits, individual contributors can also help by personally donating to the cause.

In a study published by the Oxford University Press in 2018, researchers found that children are more likely to grow socioeconomically if they are in “better” neighborhoods. In other words, when children grow up in neighborhoods where the average household income is higher, they, too, tend to do better as adults.

Taking inspiration from this realization, Lyft carried out its own study, which looked at the racial and socioeconomic make-up of its users and drivers. According to the ride-sharing company, 41% of app users are minorities, while at least 44% of its rides either start or end in low-income areas.

Realizing that the ride-sharing app already had a great appeal among people in disadvantaged communities, Lyft took a step further.

Despite seeing unemployment fall to 3.5%, the lowest rate since December 1969, companies aren’t hiring as much as they did in the past. That’s, in part, what made Lyft come up with this initiative.

Part of the program includes working with groups that help connect workers and employers. This allows Lyft to find those in need of free or discounted rides more effectively.

And as individuals make their way to job interviews and training sessions, Lyft has promised to be there, offering rides to and from job training programs and interviews, and then offering the same service for the first three weeks of employment, until employees get their first paycheck.

Instead of simply giving the unemployed or under-employed means to purchase basic needs, Lyft is doing more than most government agencies have done since the inception of welfare programs as it’s encouraging people to find a job and stick with it. And in order to see success in their effort, they are seeing riders through the process by giving them access to reliable transportation when it matters the most.

It is this kind of initiative that distinguishes private parties and enterprises from government “charity.”

Whereas in the private sector companies, individuals, and charities focus on lifting people up and giving them a chance to recover, the government allocates money from taxpayers to provide a “safety net” that fails to encourage recipients to get back on their feet.

Furthermore, the government ends up creating another unwanted outcome by having to raise taxes to keep paying for these benefits.

As taxes increase, they discourage workers and companies from making more money. After all, the more they work, the more taxes they will have to pay.

If Lyft is taking upon this effort as it is, imagine how much more money private enterprise would have available to invest in campaigns such as The Jobs Access Program if they didn’t have to give so much of their earnings to Uncle Sam. Unfortunately, the vast majority of young Americans believe that taxpayer-backed “charity” is the answer to all of our problems.

Republished from the American Institute for Economic Research.