At the end of its annual summit in Madrid in late June, NATO adopted a new strategic concept. The guidance document is the eighth of its kind since the founding of the alliance in 1949. It radically breaks with the three previous post-Cold War security briefs, however, which observed that “the Euro-Atlantic area is at peace” because “the threat of a conventional attack against NATO territory is low.” In the eyes of NATO, Russia’s invasion of Ukraine has changed that calculus, claiming that the military organization can no longer discount the possibility of an assault on sovereign NATO states. Continuing the same cryptic language, the new strategic concept concludes that the Euro-Atlantic area now is “not at peace,” in spite of no NATO member being in a state of war with Russia.

Behind this word play, a more dangerous policy change has been codified in the document. Since the adoption of the Harmel Report in 1967, NATO has always officially included diplomacy in one form or another (with political dialogue and strategic partnership being interchangeable labels) as one of its “core” or “fundamental” tasks. The “NATO 2030” report from November 2020, for instance, unequivocally stated that “NATO should continue the dual-track approach of deterrence and dialogue with Russia.”

In the new strategic concept, the core tasks have been purged of the need for diplomacy, except for one or two throw-away lines about “meaningful and reciprocal political dialogue” about arms control issues buried in the middle of the text. Rather, in addition to its original function of deterrence and defense, NATO now fully embraces “crisis prevention and management,” which it has spearheaded since the 1990s with its legally dubious and morally questionable interventions in the Balkans, Afghanistan, and Libya; and “cooperative security,” referring to NATO’s enlargement in Eastern Europe and its Partnership for Peace cooperation with countries in ever further-away regions, including the Black Sea, the Middle East, North Africa, and even the Indo-Pacific, which the British have been pushing to include in a “global NATO.”

Russia was the first country to sign up for the Partnership for Peace program back in 1994. The new NATO doctrine, however, states that Russia can no longer be considered a partner “in light of its hostile policies and actions.” The strategic concept ignores the fact that NATO’s enlargement and new core tasks, which the alliance adopted after the Cold War in an effort to justify its continued existence, have likewise long been seen as hostile in Moscow, nor does it offer any reflection on how the new policies might have contributed to the current unpeaceful “strategic environment.” Instead, it hails the “historic success” of NATO’s expansion in terms of space and substance and insists that the alliance “does not seek confrontation and poses no threat to the Russian federation.”

The logic behind this reasoning is that NATO’s enlargement, or its Partnership for Peace program for that matter, is an outflow of the West’s innocent and well-meant efforts to spread its values of liberal democracy around the world. New member states joined the alliance in a voluntary capacity, after all. In a sense, this logic holds true. It is difficult to see how extending a war guarantee to East European and Balkan nations contribute to the security of Western Europe, let alone the United States. And from Clinton to Bush and Obama, NATO’s Open Door policy has been couched in a Wilsonian rhetoric of the United States as a benign hegemon. Joe Biden, too, steered last year’s NATO conference in Brussels in the direction of proclaiming a global fight between democracy and authoritarianism.

What proponents of this Wilsonian liberalism fail to realize, however, is that their benevolent actions might antagonize other nations. Now, NATO apologists, like Ukrainian President Volodymyr Zelensky, argue that if the alliance had not expanded eastward, Vladimir Putin would have been even bolder in his imperial ambitions. But as John Mearsheimer pointed out back in 2014, there is virtually no evidence that Putin aimed to incorporate Crimea before the Maidan coup. Rather, his offensive foreign policy in Ukraine since 2014, culminating in the 2022 invasion, is one of reaction to NATO creeping up to Russia’s borders. Bringing Ukraine into the NATO fold has long been a big fat redline for Russia, and we crossed it.

First of all, West-European officials promised the Soviets after the fall of the Berlin Wall that NATO’s borders would not move “one inch” eastward. But then all former Warsaw Pact countries and even some former Soviet Republics were incorporated in the 1990s and early 2000s. In addition to the evidence the National Security Archive assembled on this issue a few years ago, recent archival research has once again confirmed these broken promises.

Next, in 2008, Russian Foreign Minister Sergei Lavrov warned American diplomats that further NATO enlargement, particularly to Ukraine, would constitute a “potential military threat.” William J. Burns, who is now the CIA chief but at the time served as the U.S. ambassador to Russia, translated Lavrov’s message succinctly in a diplomatic cable: “Nyet means nyet: Russia’s NATO enlargement redlines.” He further gave voice to the opinion of State Department experts, who warned that “the strong division in Ukraine over NATO membership, with much of the ethnic-Russian community against membership, could lead to a major split, involving violence or at worst, civil war.” The Bush administration ignored these warnings and pushed for the inclusion of Georgia and Ukraine at a summit in Bucharest, where the alliance codified that “these countries will become members of NATO.” Ultimately, war followed in both countries, in Georgia in 2008, and in Ukraine in 2014. In the process, Russia annexed Crimea and supported a separatist war in the Donbass, which dragged on in protracted fashion until the 2022 invasion.

After 2014, Ukraine started to become a de facto member of NATO, which bolstered the Ukrainian regime to take a tough stance against Russia. In 2017, Trump decided to sell “defensive weapons” to Kyiv. Other NATO countries got in on the act, shipping weapons to Ukraine, training its military and teaming up with it in joint air and naval exercises. In June 2021, a British destroyer sailed through the Black Sea in an effort to shore up support for Ukraine, precipitating a diplomatic stand-off with Russia. NATO was undeterred, however, because a total of 32 countries participated in a major naval exercise in the Black Sea one month later.

In response, Russia decided to engage in coercive diplomacy, much like the Obama administration had done to get Iran to sign on to the 2015 nuclear deal. Putin amassed troops on the Ukrainian border, demanding guarantees that no offensive missiles would be installed in Eastern Europe and Ukraine not to join NATO. When the crisis was not solved diplomatically, Russia invaded Ukraine. Up until recently, there was hardly any diplomatic intercourse between Washington and Moscow in order to resolve the conflict. The UK’s Boris Johnson, too, “urged against negotiations” during a trip to Kyiv in April. Other NATO members, such as France, Germany, Italy and Hungary, have warmed to negotiations. But as long as there is no bigger push to re-establish diplomacy as a core task of the military alliance, Wilsonian rhetoric is likely to continue to make the world unsafe. 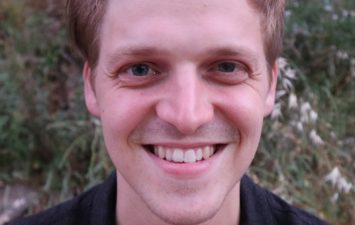 Bas Spliet is a historian and PhD candidate at the University of Antwerp in Belgium. He writes about a variety of topics from a historical angle. He is also on Twitter @BSpliet. You can e-mail him at Bas.Spliet@UAntwerpen.be.