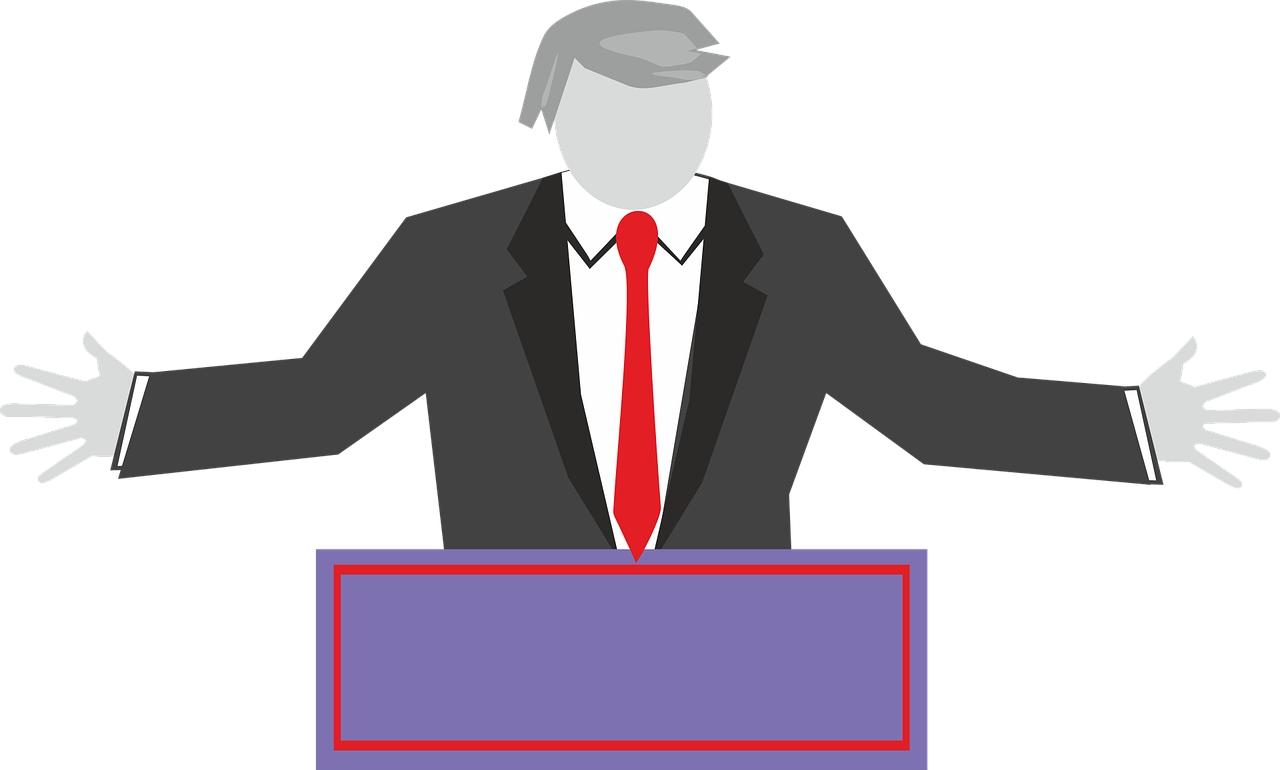 President Donald Trump seems uninterested in ending any “endless wars.” Before leaving office, he could and should do so in Afghanistan, for example, where U.S. forces—while losing the longest war in our history—have led a brutal occupation for nearly 20 years.

Afghanistan is just one of the places where Donald Trump has set records for the numbers of bombs dropped, in yet another country sadistically and ceaselessly attacked by the U.S. This goes for the unconstitutional, illegal, genocidal wars in Yemen and Somalia as well. Of course, none of these countries, nor their long-suffering populations pose any threat whatsoever to the American people.

In a previous column, this author covered the appointment of the antiwar, retired Col. Douglas Macgregor as senior adviser to Christopher Miller, the new acting Secretary of Defense. Many were cautiously optimistic that the recent Pentagon personnel shake up, that included the appointment of both aforementioned men, could herald an era of genuine last minute ‘America First’ foreign policy decisions. Namely, full U.S. exits from not only Afghanistan, but potentially Iraq and Somalia too.

Last month, the news arrived that after all the rosy predictions by some and the mainstream media pearl clutching over the appointments, Trump delivered virtually nothing.

The War Department announced that troop levels would be down to 2,500 in both Iraq and Afghanistan by January 15.

But under the U.S./Taliban peace plan, the timeline already established was to have troop levels down to 2,500 in Afghanistan by early January.

Due to the previous troop withdrawals from Iraq, which were initiated by Trump to his credit, there are approximately 3,000 soldiers deployed there now. So, all this amounted to was essentially that Trump made plans to take a token 500 troops out of Iraq. The Iraqis have been bombed and savaged by the U.S. military for nearly 30 years, including with chemical weapons such as white phosphorous and depleted uranium. Successive administrations have killed upwards of 2 million people there.

The president has ordered the removal of nearly all ground troops from Somalia, whom were mostly sent there by Trump himself. Even if he withdraws all the boots on the ground, if he doesn’t end America’s air war in Somalia based out of Kenya and Djibouti, where thousands of U.S. troops are stationed, and where these ground troops will largely be relocated, this does not constitute ending the war at all. This is a cynical, empty gesture. It is all too transparent that he is not “bringing troops home from Africa” as Rand Paul claims, this is just optics.

Unfortunately, the likelihood is that Joe Biden will not change his stance on Afghanistan and will use that number, 2,500, as a floor not a ceiling for future deployments. He will probably keep US forces there indefinitely. Biden has said he will also maintain the troop presence in Syria and Iraq, without any plans for extrication, because its ‘complicated.’

With Trump, the people thought they voted for something different, but what they received was more of the same. Like Obama and Bush II, Trump was lying to his base, despicably pretending to be opposed to unnecessary wars in faraway lands. Trump made snide comments about the military industrial complex, etc. while looting the American people to pay for it all. He carried on with his “antiwar” façade while bombing to smithereens the same far flung countries that Bush and Obama nearly destroyed. At the same time, he was starving some of the poorest people in the world, from Venezuela to North Korea, with “maximum pressure” sanctions. He prioritized satiating the Israel first crowd first, and set the stage for brinkmanship with Beijing, as well as Moscow, while ensuring ever higher military budgets.

Like Obama’s, his administration is synonymous with America’s six year Yemen war, the worst thing happening in the world today. This conflict provides an instructive case of Trump’s shameless duplicity on the war issue. Trump has gladly continued U.S. diplomatic, intelligence, logistical, and military support for the Saudis’ total war and siege on Yemen, deliberately slaughtering and starving the civilian population. The majority of which live in areas controlled by the Houthi rebels, the enemies of not just the US/Saudi coalition but al Qaeda as well. And why are we still bombing the Houthis after all this time? Over six years ago, the Houthis overthrew the American/Saudi installed sock puppet President, Abdrabbuh Mansur Hadi. Hadi was “elected” in a U.S. managed plebiscite where his name was the ballot’s only option. The empire holds grudges. Ironically, Trump’s administration, with Israel, is provoking Iran now, and might even start a war, partially because, more than forty years ago, the Shi’ite revolutionary government overthrew their U.S.-installed dictator.

Cholera, along with the coronavirus pandemic, has further devastated the country as a result of the strategic deprivation of the civilians there. Yemen has seen the greatest cholera epidemic in recorded history, with over 2 million cases and thousands of deaths.

In the waning days of his administration, Trump is not shutting down this moral catastrophe he has forever bylined. Experts agree, the U.S. has the power to end the war but Trump has refused to many times before. This is a president, after all, who infamously celebrated U.S.-Saudi arms sales with Mohammed bin Salman, the Saudi Crown Prince and butcher of Yemen, in his oval office as a great boon for the weapons industry. No instead, his administration is working to designate the Houthis as a terrorist group, further thwarting the delivery of what little aid is able to get through the U.S./Saudi blockade and reach Houthi controlled areas. This measure is designed to prevent Biden from ending the war and further tighten the blockade strangling Yemen. He has also threatened to veto resolutions opposing new arms sales to the UAE including reaper drones, thousands of munitions, and F-35 fighter jets. Trump has previously used his veto powers to block bills that attempted to end the war, including War Powers resolutions. The UAE is allied with al Qaeda on the ground in Yemen, and have been for years, Trump can read about it in the Associated Press. In Yemen, there is little to no distinction between the Islamic State fighters and al Qaeda in the Arabian Peninsula. This reminds one of Trump’s “bomb the shit” out of ISIS quote. He is, in effect, selling them weapons instead. In the end, Trump did not even have to veto the above efforts, tragically the Senate voted against all the endeavors to block the arms sales.

Trump’s foreign policy was brutal. The UN has said nearly a quarter of a million people have been killed in the treasonous Yemen genocide alone. His trademark sanctions, for instance, have killed more than one hundred thousand Venezuelans.

The president has let his base down. And his base encouraged this by rallying to his defense repeatedly, without ever pressuring him to follow through on his myriad unfulfilled “antiwar” promises. For one thing, maybe they could have used their power to force him to leave Syria, the war he ran most against in 2016. Instead, Trump illegally occupies the country with ground troops ostensibly to take Syria’s oil, further hobbling their recovery after the war.

The antiwar movement knows the hawks will not give up their wars and the loot of said wars easily. The powers that be understand their wars are growing unpopular and have learned to accept that, going forward, the usual, overt John McCain/Hillary Clinton style, across the board jingoism may not win elections. Trump is part of a larger pattern. In the last several years, we have seen a stream of “anti-establishment,” so called “outsiders” who market themselves as “antiwar” by comparison with the former, but who have their own hawkish foreign policies: Steve Bannon, Bernie Sanders, and Tulsi Gabbard to name a few. Furthermore, Ilhan Omar opposed Trump’s talk of withdrawals from Syria, saying it would empower, among others, Russia. Astoundingly, she even put her signature on an AIPAC circulated, anti-Iran letter. The letter supported an extension of the now lifted, imperialist, UN arms embargo.

The silver lining here is that that Trump has cynically, and for his own nefarious reasons, convinced his base that they are “antiwar.” Thus, he has substantially enlarged the already sizeable ranks of many on the broad right who consider themselves “antiwar.” Perhaps this can be exploited by non-interventionists and the antiwar movement during the coming Biden years. His base may have been too reluctant to call out Trump’s hypocrisy and mass murder. However, they should have no qualms full throatily opposing Biden and his trigger-happy cabinet, insisting they listen up and do what we say.

The American people have grown tired of trillion dollar, “endless wars” but they must cease being placated with mere rhetoric and persona. We must begin demanding, everywhere, that the US immediately get “out now.”