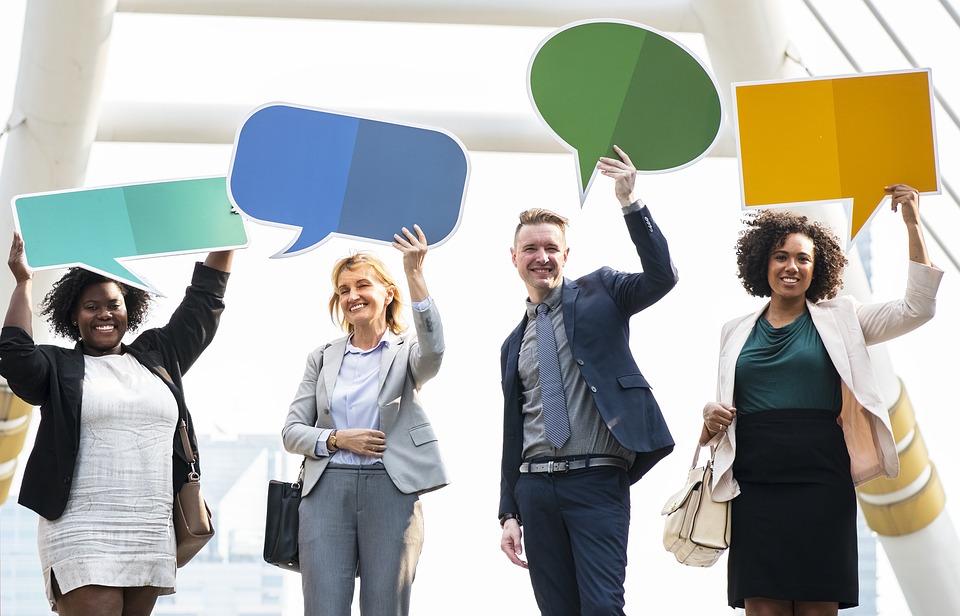 If one takes the anarcho-libertarian concept of private property seriously, then there is no ‘freedom of speech’ in any fundamental sense. Rather, the only genuine rights are private property rights.1 Owners of private property may allow or forbid whatever speech they so choose on their property. On the other hand, the degree to which free expression of ideas is valued by individuals is a matter of culture. Failure to distinguish between property rights and the value of free expression of ideas results in nationwide confusion on the issue of free speech. This is manifest in the examples of universities and online platforms. To the degree that these institutions are private—here I must exclude public schools—they may allow or forbid any ideas to be discussed that they so choose. The market demand determines which speech policy will outcompete its competitive variants. This market demand is the contemporary cultural value of free speech.

Because I will take private property rights as given (an argument for another essay), I hereby focus on the cultural value of free speech, and why it is a moral good for college campuses to uphold.

The most fundamental reason for valuing a free exchange of ideas is that one cannot know a priori which ideas are correct. The only path by which we discover Truth is by rational criticism. I shall call this assertion ‘Truth-by-argument.’ In fact, rational criticism is comprised of numerous methods, which are themselves cognitive tools that Civilization has continued to create and refine over centuries. For example, science was once considered to be inductive (and is still, by many).2 However, better arguments have since been presented, and many now rightly regard science as a series of conjectures and refutations.3 So, even the methods by which we debate and judge claims about Reality are ever-evolving. Scientists Giordano Bruno and Galileo Galilei were pressured by the Catholic Church to renounce their then-heretical ideas. One of the first proponents of Truth-by-argument, Socrates, was sentenced to death for, among other things, impiety and corrupting the minds of Athens’ youth. Whether any of these three precursors were correct is besides the point. In all cases, Truth-by-argument was resisted with its only alternative—violence.

To forbid some particular ideas from being heard is subtly contradictory. Whether such a stricture on ideas is by fiat or cultural norms, Truth-by-argument is supplanted by authority. In the case of a fiat—say, a rule determined by a university bureaucracy—the implication is that he who erects the law knows better than the subjects of the law. But how is such an assertion justified? As soon as the lawmaker begins to defend his fiat, he is necessarily engaging in Truth-by-argument, and so the fiat refutes itself! The cultural norm equivalent implies that only bad, unintelligent, or ignorant people would dare think such things. Again, how do we know this to be the case? The same paradox emerges. In either case, colleges would do well to cut out the middle man of authority and allow the free exchange of ideas.

An (often unconsidered) consequence of the prohibition of ideas is that it weakens, rather than strengthens, students. Proponents of the restriction of platforms from holding ‘toxic’ ideas (an impressive semantic trick, to confuse verbal expression with physical harm) claim that to give air to such ideas is to validate them. But they rarely consider the costs of forcing these ideas into the shadows, which are twofold. Firstly, the would-be audience of the ‘toxic’ ideas miss an opportunity to hear their strongest defense. This is partly why many college students regard expositors of ideas that have been deemed ‘toxic’ as either ignorant or evil people. Not only have said ideas have been robbed of a fair hearing, but the students have lost an opportunity to understand the arguments behind such ideas. Every such missed opportunity incrementally infantilizes students, atrophying their Minds like unused muscle. The other cost of banning ‘toxic ideas’ is that they do not disappear upon banishment. Rather, absent the harsh light of criticism to which those ideas may have been exposed if they were not forbidden, they fester underground. They will inevitably return to the surface with more adherents than there would have been had the ideas been publicly exposed to criticism.

We have seen the paradoxes and unforeseen costs of banning particular ideas from receiving an audience. But what are the benefits of receiving them earnestly, facing their arguments square in the face? J.S. Mill expressed such benefits over 150 years ago in his brilliant book, On Liberty.4 If a person is correct in his argument, then engaging with someone of another opinion still exposes him to a “livelier impression of the truth”. The truth remains vivified by “collision with error”. Our most cherished opinions, and our most confident theories, ossify into dogma absent exposure to criticism, be it mockery, scrutiny, or testing. If an opinion is incorrect, of course, the benefit of rational discourse is to not only reveal the belief for its falsity, but, just as importantly, to reveal why it is wrong. Thomas Kuhn, in The Structure of Scientific Revolutions, describes a crisis in science as a period during which enough paradoxes in the accepted paradigm have been found such that new ideas must be discovered in order to resolve them.5 The successful and innovative theories are those that make sense of the previous paradigm’s contradictions. But this cycle applies to all domains in which rational criticism applies; through criticism we discover paradoxes and anomalies, and only then do we know in which directions to search for deeper Truths. To assume one’s opinion—or idea, or theory—is correct beyond further debate is to close the Truth off from further improvement.

Absent authoritative rules against offensive speech or ideas, college students must learn how to refute arguments, rather than to merely moralize their opponents away. Given that only the former leads to Truth, students will come to recognize that absolute Truth is a chimera—all assertions about Reality require argument. Humbled by the impossibility of absolute certainty, one may ask how to deal with arguments in practice. One common mistake is to impugn the interlocutor’s motive. It is the mark of the immature to assume the best in oneself but the worst in everyone else. For example, atheism does not imply nihilism, libertarianism does not imply callousness, nor does a pro-life stance imply misogyny. Sanctimony may satisfy the heart, but the Mind is done a disservice. A helpful technique is to ‘steelman’—to express the opposing position in such a way that the holder of said position would strongly approve. It is a stunningly revealing exercise into one’s misunderstandings of other positions, and college students will grow stronger by doing so.

To be sure, there is a difference between debating in real time and exploring the Truth on one’s own. Given that time is a scarce resource, one can only spend so much of it arguing with someone else. Thus, one must have a criterion for deciding when discourse ought to end. This will vary from person to person, but broadly speaking, one will cease to engage when the time spent outweighs the benefits gained from the discussion. Such a cost-benefit analysis in turn depends on an array of factors, such as whether the dialogue is public or private, etc. But this subjective criterion is besides the point. What matters is that even after discussion has ended, one must remain vigilant in one’s own Mind. Absolute certainty is a chimera, as we have seen. Understanding why one holds a particular view is—or should be—an active process that requires constant criticism and revision, even if no one is privy to the process. More so than any particular position, this commitment to the process of Truth-by-argument is what college students should value.

If we exclude violence as legitimate means to bring forth change, then conversation is all we have. Personal attacks, moralizing, and violence simply will not do. We are better than that, and our society deserves as much. Young people are our future. Only by valuing the process of Truth-by-argument may they distinguish Truth from falsehoods both pernicious and naïve. May we bless them with the opportunity to think for themselves.