Police Stole $225K in Cash and Coins, and the Court Said “Okay”

Police Stole $225K in Cash and Coins, and the Court Said “Okay” 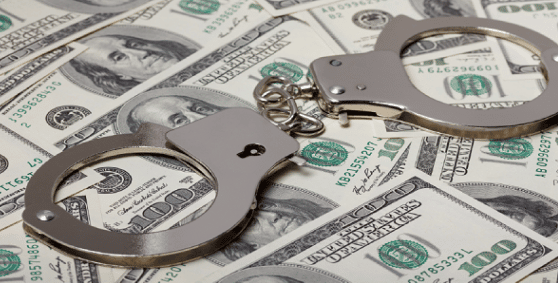 Arlington, Va.—Seven years ago, police officers in Fresno, California, executed search warrants on the homes and business of Micah Jessop and Brittan Ashjian, who owned a business operating and servicing ATMs. Police were investigating a report of illegal gambling. Although neither was ever charged with a crime, police seized nearly $275,000 in rare coins the men owned and cash they used to restock their business’ ATMs. When the investigation was over, police said they’d seized only approximately $50,000 in cash; they kept the remaining cash and the coins for themselves.

Most Americans would say this was a clear-cut case of theft, but when Jessop and Ashjian sued the police, the federal courts threw out their case, citing a controversial legal doctrine called “qualified immunity.” Now, the U.S. Supreme Court will soon decide whether to hear their case, and the Institute for Justice (IJ), as part of its recently launched Project on Immunity and Accountability, has filed an amicus brief urging the Court to take up the case and put an end to this dangerous doctrine once and for all.

“No one should be above the law, least of all those who are supposed to be enforcing it,” said IJ attorney Patrick Jaicomo. “And yet, according to the federal courts, police officers who steal money from people cannot be held accountable because the courts have never ruled that it is unconstitutional for the police to steal from someone. No one really believes that theft is a reasonable seizure permitted by the Constitution. The Ninth Circuit’s decision shows how absurd qualified immunity has become.”

After the search, Jessop and Ashjian filed a lawsuit, claiming that government theft violates the Fourth Amendment right against unreasonable seizures. But both the trial court and the Ninth Circuit held that they did not need to address the issue because—even if the theft was a constitutional violation—the officers were immune under the qualified immunity doctrine.

Qualified immunity traces back to 1982, when the U.S. Supreme Court announced a rule that government officials would be liable only if their specific actions had already been held unconstitutional in an earlier court case. They called the new rule “qualified immunity.” The Court’s decision was a drastic departure from the historical standards of government accountability. At the founding and throughout the nineteenth and earlier twentieth centuries, courts simply decided whether a government official’s actions were unlawful and, if they were, ordered a remedy. It was up to the other branches of government to decide whether the official should be reimbursed (if he had acted justifiably) or not (if he had acted in bad faith).

Unfortunately, Jessop and Ashjian’s case is not an outlier. It is the result of forty years’ worth of Supreme Court decisions that make it effectively impossible to hold government officials accountable, even when they intentionally break the law. The courts are so concerned with protecting the government that they are willing to shield even those officers who act in bad faith.

“It’s time for the Supreme Court to end the failed experiment of qualified immunity,” said IJ Attorney Anya Bidwell. “The fundamental purpose of the Constitution and the Bill of Rights is to protect Americans from government abuses. But thanks to qualified immunity, police can literally come into your home and steal from you, and the courts will shield them from liability. In the brief we filed today, IJ is urging the Court to reconsider the entire doctrine of qualified immunity and revoke the license to lawless conduct it provides.”

The Institute for Justice’s Project on Immunity and Accountability is devoted to the simple idea that government officials are not above the law; if citizens must follow the law, the government must follow the Constitution. In addition to filing amicus briefs, like this one, IJ has also filed three petitions with the Supreme Court on behalf of Americans whose rights were violated by police but were barred from seeking redress due to governmental immunity. Those cases are all pending with the Court.

Reprinted from The Institute For Justice.