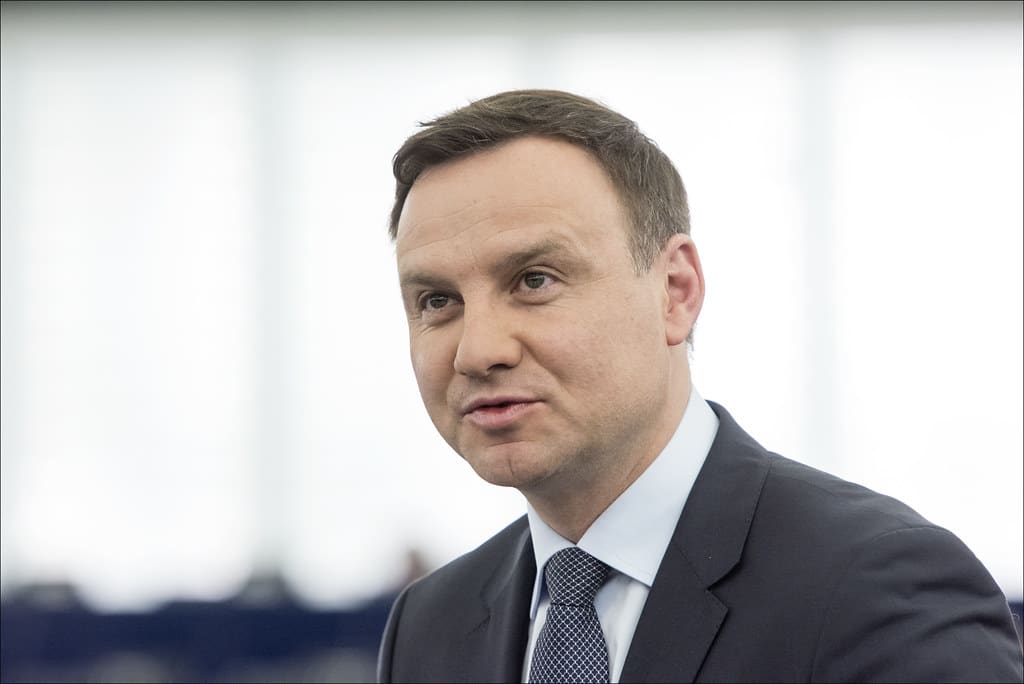 Polish President Andrzej Duda said in an interview published Wednesday that Poland is open to hosting US nuclear weapons and has approached Washington about the idea.

Currently, NATO members Belgium, Germany, Italy, the Netherlands, and Turkey host US nuclear weapons under NATO’s nuclear sharing program. The US and NATO have previously said that they wouldn’t place nuclear weapons in countries that joined the alliance after the Cold War, but Duda said discussions on the issue are happening.

“There is always a potential opportunity to participate in the nuclear sharing program,” Duda told the newspaper Gazeta Polska. “We have spoken with American leaders about whether the United States is considering such a possibility. The issue is open.”

The provocative statements from Duda come amid soaring tensions between the US and Russia that largely stem from NATO expansion east of Germany since the end of the Cold War and the alliance’s promise to eventually absorb Ukraine.

The US recently announced it was building a permanent military base in Poland, breaking from an agreement with Russia known as the 1997 NATO-Russia Founding Act. Under the act, the US and NATO agreed not to establish permanent bases east of Germany.

The US argues that the base in Poland doesn’t violate the act because troops will be deployed to the facility on a rotational basis, but it’s unlikely Moscow will see it that way.