The United States is amidst a full-blown moral panic concerning the authenticity and proliferation of online discourse. This latest culture of information anxiety over “misinformation” is an example of what one preeminent scholar called “conspiracy panics.” This panic is similar to an earlier fear of the “ultraright,” which helped define American politics throughout the 1960s. A quick history of one “ultraright” figure and his unlikely influence upon a New Left academic offers us valuable warnings and a possible path forward in our time of information anxiety.

Dan Smoot was an “ultraconservative,” self-described constitutionalist, and former FBI agent. He was one figure in a burgeoning postwar conservative media environment. Smoot used his newsletters, radio, television program, and speaking engagements to espouse his views on limited government, anticommunism, and noninterventionism. Despite his loathing for communism, Smoot opposed many trappings of the Cold War state. Like his Old Right forebears, Smoot opposed overseas military basing, multilateral security agreements, conscription, and foreign aid.

In 1962, Smoot published his first full-length book, The Invisible Government. Like his other work, his book was a mixture of revisionist history, constitutionalist political philosophy, and conspiracism. He argued that U.S. entry into World War I proved a monumental folly that helped usher in the rise of Hitler and Stalin, thereby guaranteeing a disastrous World War II. For Smoot, American foreign policy was not merely reactive nor apolitical, but rather an outgrowth of a distinct and cloistered political culture. Similarly, he affirmed his opposition to foreign aid and his antagonism towards American involvement in NATO and the U.N. He asserted that these entangling alliances would mean “perpetual war for perpetual peace.”

The eponymous antagonist of The Invisible Government was a web of Atlanticist-born but globally inclined think tanks and other nonprofits, with the Council on Foreign Relations at its center. However, like much of his analysis, Smoot’s book talked past the sale. Instead of focusing on the failings of U.S. foreign policy and its relationship to domestic policy, Smoot asserted, “I am convinced that the objective of this invisible government is to convert America into a socialist state and then make it a unit in a one-world socialist system.” The intensity of Smoot’s conspiratorial foreign policy views, coupled with his opposition to the civil rights movement, immigration, and Great Society programs, drew constant ire from liberals and the Left, ultimately leading to his downfall as a broadcaster.

While Smoot was at the height of his popularity, New Left scholars like Dr. G. William Domhoff echoed many of his sentiments. Trained in psychology and sociology, Domhoff drew his scholarly analysis from academic figures like C. Wright Mills, author of the Power Elite (and ironically, a high school friend of Dan Smoot).

Domhoff also drew insight from another seemingly unlikely source: Dan Smoot himself. Throughout the late 1960s, Domhoff repeatedly cited Smoot’s programming as an inspiration and wellspring of valid social critique. Despite seeing value in the ultraconservative broadcaster, he critically engaged with Smoot’s worldview and urged others to do the same. Despite those reservations, however, Domhoff asserted that Smoot’s conspiratorial opus, The Invisible Government, “led me to a study of the power elite’s discussion and policy-forming organizations.”

In a speech and later a pamphlet entitled How to Commit Revolution in Corporate America, he told listeners that few individuals accurately understood the American political economy in the mid-20th century. Domhoff encouraged listeners to follow a “handful of Leftists who are academic outcasts” and “listen to and read Dan Smoot.” In a section entitled “The Pleasures of Smoot,” he cautioned that his work needed to be “properly translated,” but once done, Domhoff emphasized that the ultraconservative broadcaster possessed a greater grasp on the workings of the American power elite than the blinkered corporate media.

According to Domhoff, one of Smoot’s key insights was that the power of insular nongovernmental organizations served as a conduit for elite ideas while undercutting popular sovereignty. Domhoff credited Smoot for understanding that in postwar America, power was not merely impersonal, meritocratic, nor democratic. Domhoff further informed his readers that, unlike the corporate press, “Smoot is keeping up with the activities of the richest, most powerful, and, most internationally oriented of American big businessmen, the vanguard of corporation feudalism.”

He juxtaposed Smoot’s critiques of the status quo with the account of his detractors and asserted that the former was a better approximation of reality than the latter. Domhoff contended that Smoot’s liberal critics lambasted the broadcaster’s conspiracism and failed to engage with his ideas. Domhoff summarized the liberal account of power as not dark conspiracy or open collusion but instead as the result of a bottom-up gathering of authority through displays of competence. This “pluralistic theory” held that power centers in America were too diverse and disparate to be collusive. Domhoff dissented from this theory and took issue with one of its leading proponents, American historian Richard Hofstadter. Domhoff contended that Hofstadter’s thesis of the “paranoid style” of American politics dismissed the critiques of figures like Smoot out of hand. He further argued that it was a “clinical characterization” designed to pathologize analytical methods rather than engage with them.

Domhoff did not, however, engage with Smoot’s analysis uncritically. Among Domhoff’s “translations” was to challenge some of Smoot’s more conspiratorial conclusions and assertions that the power elite was motivated exclusively by malignant intent. Rather than an elite who were inspired by a desire for world socialism or similar goals, Domhoff believed that those who ruled America created and responded to incentives. He dismissed the notion of grand international cabals or secret relations between the Western powers and the Soviet Bloc.

Instead, Domhoff posited that corporations tended to pursue profits, and politicians chased votes. The real fault of the power elite was not their motivations but the outcome of a merger of these two sets of actors into what he called “corporate capitalism.” The result insulated American elites from critique, correction, or popular influence. On Smoot and other ultraconservatives, he said, “they really had a psychological theory. We had a sociological theory.” Domhoff added, “these are not secret organizations. People are in their proper roles: the capitalists are trying to make money; the politicians are trying to get elected.”

Domhoff did what the liberal establishment refused to do, entertain radical ideas. Rather than seeking to silence Smoot and his ilk, Domhoff parsed the wheat from the chaff and created an intellectual synthesis. The work of New Left academic G. William Domhoff kept alive the work of Old Right broadcaster Dan Smoot. Smoot’s analysis inspired Domhoff’s first book, a New York Times bestseller, Who Rules America? which has been revised and reprinted eight times since its first edition in 1967. Additionally, Domhoff cited Smoot’s work in his 1970 book The Higher Circles: The Governing Class in America.

Domhoff power elite analysis was enthusiastically embraced by other scholars interested in the inner workings of power in America. One such academic was libertarian polymath, Murray Rothbard. In his posthumously released, Betrayal of the American Right Rothbard noted that Domhoff possessed “an appreciative attitude toward right-wing muckraking” during the New Deal era and cited The Higher Circles: The Governing Class in America. The New Leftist Domhoff and the Old Rightist Rothbard, collaborated well beyond the turmoil of the late 1960s.

Despite the dialectical efforts of men like Domhoff, the federal government’s politicized use of the FCC’s Fairness Doctrine and the IRS’s auditing system took their toll on “ultraright” broadcasters like Smoot. Throughout the 1960s, coupled with a matrix of Democratically aligned nonprofits and labor organizations, these government agencies saddled the first generation of conservative talk radio with the selective application of regulatory burden and enforcement of tax law. These shackles helped to sink conservative talk radio and voices like Smoot, who, despite his staunch and often conspiratorial anticommunism, held on to many antistatist and noninterventionist ideas.

In addition to these liberal institutions, for every New Left radical like Domhoff, there was another willing to serve a liberal censorship regime. While right-wingers like Smoot certainly did not align with much of the New Left’s political agenda, their mode of seeing the world was considerably closer to that of 1960s radicals and that of the liberal establishment. However, the regulatory weight of the Fairness Doctrine, coupled with the stigmatization of power elite theory, narrowed the Overton Window. These moves incentivized the creation of even more outlandish conspiracy theories, left key pillars of the liberal political order unchallenged for a generation, and fueled the collapse of American faith in its institutions.

As with the wake of Vietnam, the postwar liberal order is once again under strain. Dissidents have again emerged from both the left and the right to level critiques of an opaque and unresponsive political order. And, as with earlier periods of strife, establishment figures are calling for government and private censorship to battle “disinformation.” As individuals who care about politics, debate, and the freedom of information we must resist these efforts, if only in our own minds and actions. For it is within our power to live an intellectual life like that of G. William Domhoff. 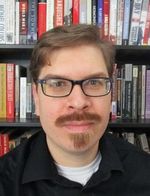