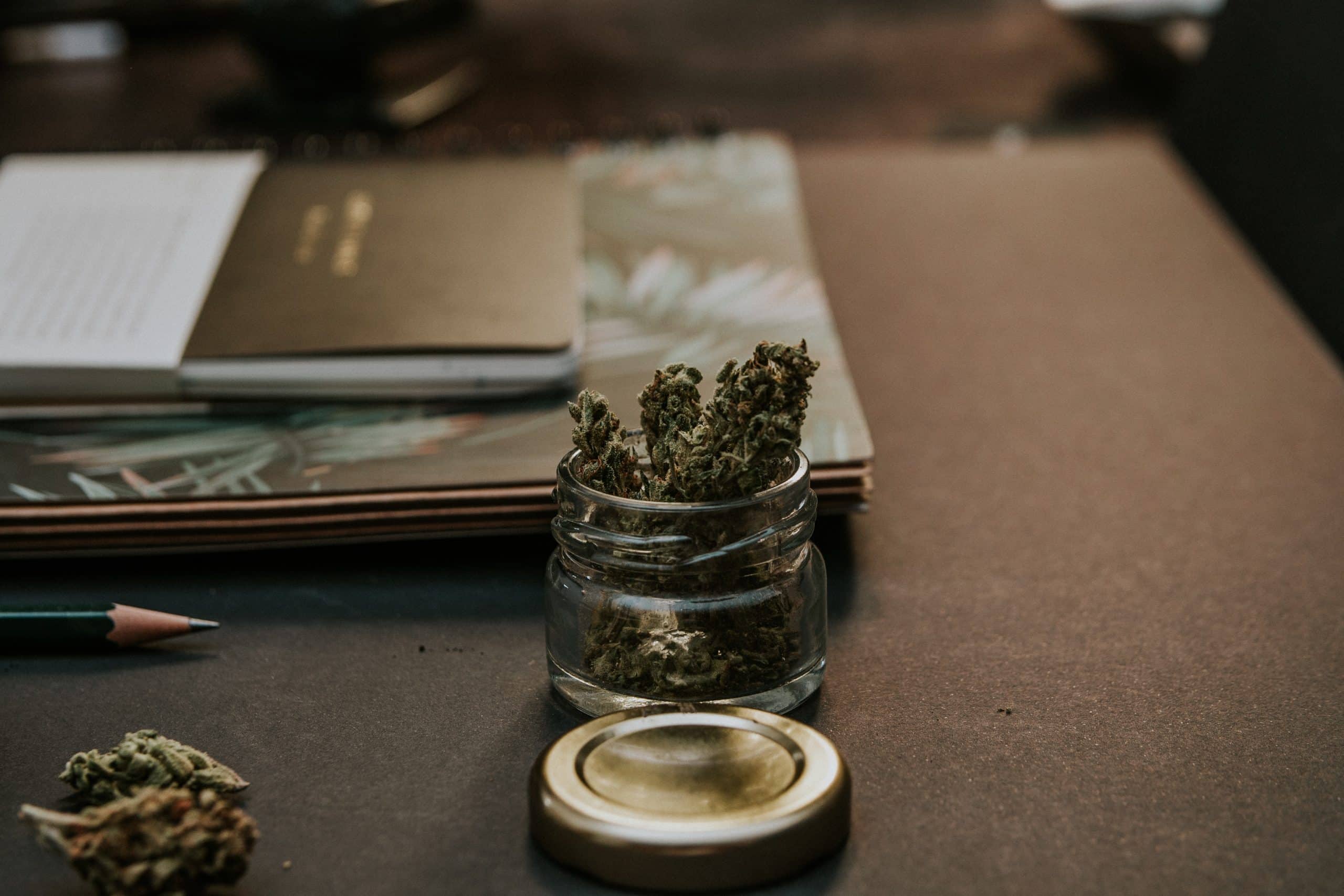 The organization formerly known as Law Enforcement Against Prohibition (LEAP), now known as Law Enforcement Action Partnership, along with the National Black Police Association, and Fair and Just Prosecution have signed onto a revolutionary letter to Congress urging the federal government to legalize marijuana and expunge all past convictions relating to marijuana. In addition to the three major groups signing on to the letter, dozens of current and former prosecutors, judges and police officers. Cook County State Attorney Kim Foxx and Minnesota Attorney General Keith Ellison (D) also signed on.

I'm proud to join these law enforcement officials in saying we need to right the wrongs of the failed war on drugs.

We remain focused on combating violent crime, and the work we've done clearing cannabis records is opening doors for thousands and strengthening our communities. https://t.co/gRITyvZYDV

The letter went out last month and is addressed to Speaker Nancy Pelosi (D-Calif.) and House Majority Leader Steny Hoyer (D-Md.). It calls on House lawmakers to “swiftly bring” the bill, dubbed the Marijuana Opportunity Reinvestment and Expungement (MORE) Act, to the floor for a vote this month.

The group accurately portrays the problem created by the war on marijuana and how it degrades trust in police.

A significant driver of public distrust in law enforcement is our focus on low-level marijuana arrests. As the most visible part of the justice system, we police are already met with animosity every day. Our effectiveness and morale should not suffer unnecessarily. If marijuana had never been criminalized, many more Americans would greet us with warmth and cooperation rather than fear and malice. Without the trust of the people we serve, we lose a valuable crime-fighting resource. When community members refuse to talk to us, fail to present evidence or even to report crime, our jobs become much more difficult. Legalizing marijuana will help alleviate this tension and allow us to focus on our shared priorities: responding to emergencies and curbing serious crime.

The resources used to enforce marijuana law violations could be shifted and used to more effectively tackle serious and violent crimes. Americans were arrested for marijuana seven million times between 2001 and 2010, the vast majority of which were just for possession. Even as more states legalize marijuana, police made more than 663,000 marijuana arrests—92% of them for possession—last year alone. Meanwhile, homicide and sex crimes units struggle to get evidence examined in a timely manner. While that evidence sits in storage for years collecting dust, predators roam free to harm more innocent people. This misallocation of resources is disgraceful. By legalizing marijuana at the federal level, we will send a message to every police department in this country about our real priorities. Our allegiance lies with crime survivors and would-be victims, not with marijuana prohibition. By focusing on serious crime and creating safe neighborhoods—rather than arresting people for a drug most Americans think should be legal—we will be able to solve more crimes and earn back the trust of our communities.

This letter contains no new information. However, the fact that it is receiving coverage in the mainstream and is directed at Congress is encouraging. This conversation is long overdue and it needs to change now as the war on drugs fosters a violent and criminal society.

It should go further, however, and move to decriminalize all substances, not just marijuana.

As readers of TFTP know, America has the largest prison population in the world. It is estimated that victimless crime constitutes 86% of the federal prison population. That means the only reason that these individuals are incarcerated is because the state deemed their non-violent personal choices, “illegal.” The majority of that 86% is for illegal drugs only.

Most of the people who are thrown in prison are non-violent. However, when they are locked in cages with society’s worst and treated like cattle in a factory farm, they come out forever changed. America is breeding a torturous and violent environment, and they have the audacity to call this the “justice system.”

This system—whether or not the right wants to admit it—disproportionately targets minorities, fostering a violent and tyrannical environment. The research cited in the letter also points this fact out.

If you honestly believe that black lives matter, it is your duty to call for an end to the drug war. Ending the drug war would have profound effects on police interactions in black communities.

No longer would cops be able to launch fishing expeditions in an attempt to catch black people with a substance deemed illegal by the state. This would drastically reduce the amount of police interactions as a whole. What’s more, as the letter points out, it would decrease crime by eliminating the monopoly on drug sales held by organized criminal gangs. It would defund the gangs and remove much of the incentive to wage violence in their community.

To understand why this would have such a drastic effect, you have to realize that when the government makes certain substances illegal, it does not remove the demand. Instead, the state creates crime by pushing the sale and control of these substances into the illegal black markets—usually monopolized by gang members in poor communities. All the while, demand remains constant. Because this market is not regulated by free market principals, safety and child possession fall to the wayside. The authors of the letter understand this and point out how legalization would curb this problem.

Regulation reduces youth access and keeps adult consumers safe. Criminalizing marijuana has been a boon to the illegal market where there are no regulations, product testing, etc. Resourceful teenagers do not usually have trouble accessing marijuana when it is illegal. Underground sellers do not have to obtain age verification before making a sale and may sell
other far more dangerous substances. Legalizing marijuana shrinks the size of the market available to teens, which simultaneously reduces their exposure to criminal activity in general.

A profitable underground market supports the high demand for marijuana, much as it did during the prohibition of alcohol in the 1920s and ‘30s. Calling marijuana a “controlled” substance is illusory; where it is illegal, we have no control. We cannot ensure the purity of the product, require the use of childproof containers, or determine who can buy and sell it. Over time, marijuana legalization will drive out the underground market, just as alcohol bootleggers disappeared after repealing alcohol prohibition. Right now, the underground market still flourishes because marijuana is legal in some places and not others. The most impactful way to take marijuana profits away from criminal organizations and reduce youth access is to regulate marijuana similarly to how we regulate alcohol and cigarettes.

The illegality of drug possession and use is what keeps the low-level users and dealers in and out of the court systems, and most of these people are poor black men. Black people are more likely to receive a harsher punishment for the same drug crime as a white person.

This revolving door of creating and processing criminals fosters the phenomenon known as Recidivism which is the tendency of those who are processed into the system and the likelihood of future criminal behavior.

The War on Drugs takes good people and turns them into criminals every single minute of every single day. The system is set up in such a way that it fans the flames of violent crime by essentially building a factory that turns out violent criminals.

The system knows this too!

As stated by the law enforcement experts in their letter, when drugs are legalized, gang violence drops—drastically. Not only does it have a huge effect on the localized gangs in America, but the legalization of drugs is crippling to the violent foreign drug cartels too.

Until Americans educate themselves on the causeof this violence, uninformed and corrupt lawmakers will continue to focus on controlling the symptoms.

We will see more senseless killings and more innocent lives stripped of opportunity by getting entangled in the system. We must end the drug war now.

Matt Agorist is an honorably discharged veteran of the USMC and former intelligence operator directly tasked by the NSA. This prior experience gives him unique insight into the world of government corruption and the American police state. Agorist has been an independent journalist for over a decade and has been featured on mainstream networks around the world. Agorist is also the Editor-at-Large at the Free Thought Project. Follow @MattAgorist on Twitter, Steemit, and now on Minds. This article was originally featured at the Free Thought Project and is republished with permission.