The Real Question of Justice in Billy Budd

The Real Question of Justice in Billy Budd 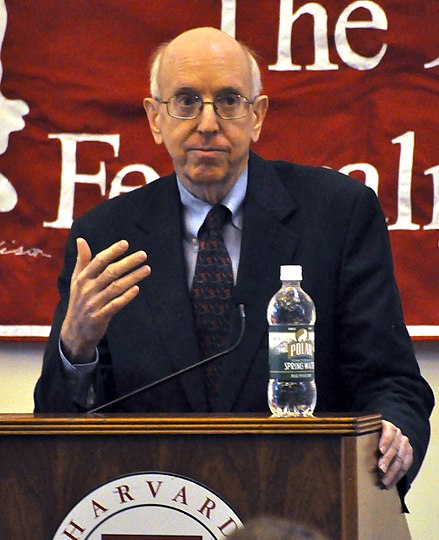 I just finished watching Django Unchained this weekend and I highly recommend it. One of the things that helped me enjoy it fully is the idea that anything a slave does to those who enslave him, even up to killing  the enslavers and the enablers of the enslavers, is justified. That’s a view I’m quite comfortable with. If you’re not comfortable with it, you probably will not get the pleasure out of Django Unchained that I did.

Thinking about the movie got me thinking about former federal judge and law/econ scholar Richard Posner’s views on Herman Melville’s novel Billy Budd. If you don’t want spoilers, don’t read on. Here’s the short version of the novel. Billy Budd is impressed, that is, conscripted, into the British Navy. He is very popular with the crew but the ship’s master-of-arms, John Claggart, falsely accuses Billy Budd of conspiracy to mutiny. Captain Vere summons Claggart and Budd to his quarters. Claggart makes his case, but Budd has a big problem: a stutter that gets worse when he’s under pressure. Rather than defend himself verbally, Budd strikes Claggart, killing him instantly. Budd is court-martialed and found guilty of a capital crime. He is hanged shortly thereafter.

I’ve heard people discuss Billy Budd over the years and disagree about whether it was right to hang him. What I find missing in the discussion–and certainly it is missing in Richard Posner’s discussion in his book Law and Literature–is the importance of the fact that Budd was conscripted. Budd is held in that position by Captain Vere, by master-of-arms John Claggart, and by many others.

Interestingly, Posner recognizes the fact that Billy Budd was conscripted. He writes:

The eponymous hero of the novella is a young seaman impressed into a British man-of-war during the war between Britain and the French Directory (the interregnum between the Revolutionary regime and Napoleon.)

The fact of his being held against his will does not even enter into Posner’s evaluation. Posner writes:

[Richard H.] Weisberg [a law professor currently visiting at UCLA] makes light of the fact that Billy Budd struck a lethal blow to a superior officer in wartime.

Posner goes on to say:

Weisberg argues that in any event the death penalty is excessive for Billy Budd’s offense, but he misreads the historical record. Seaman John Gumming was tried in 1784 for striking the boatswain of his ship and found guilty  and sentenced to be hanged, with no recommendation for mercy, even though there is no indication that the boatswain died.

I think it does matter.

Just as I favor Django’s right to kill those who try to enslave him and keep his wife enslaved [I’m not commenting on the wisdom of doing so], so I favor Billy Budd’s right to kill John Claggart. Indeed, I think Billy had a right to kill Captain Vere and anyone else on the ship who tried to keep him on that ship against his will.

I think Posner would have trouble with my view at least in part because he doesn’t see conscription as a moral issue. The rest of this postscript, though, is about the fact that in the late 1970s, Posner got the economics wrong. My friend Tom Nagle, who was an untenured assistant professor at the University of Chicago Business School in the late 1970s and early 1980s, occasionally had lunch with the econ faculty at Chicago. In 1979, there was a serious attempt by Senator Sam Nunn to reinstate the draft. I had been writing about that issue and had testified against it before Senator Nunn’s subcommittee of the Senate Armed Services Committee, and Tom and I had been discussing it. At lunch one day, the issue came up and Posner said, “I think conscription is an efficient tax.” Tom responded, “You’ve got to be kidding. How could it be efficient to conscript someone who’s say, getting an economics Ph.D. at a leading graduate school, and give him a gun in the Army for two years?” [Of course, Tom’s memory of both Posner’s and Tom’s exact wording is almost certainly off, but that was the gist.]