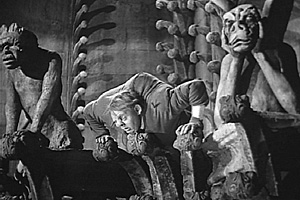 During Barack Obama’s first term, invocations of the Tenth Amendment and the reserved powers of the states by Tea Party activists provoked some left-leaning commentators to accuse them of “sedition.” With Donald Trump now occupying the Oval Office, those roles have been reversed, with erstwhile Tea Party agitators championing centralized executive power, and the Left taking up the “states’ rights” refrain. Some self-styled progressives are even rediscovering the wisdom of “interposition,” which the bien-pensants have long insisted was a constitutional heresy favored by white supremacists.

“In a twist of history,” observes the New Republic, “California’s leftist leaders are now embracing state’s rights, decrying Washington as a threat to a local way of life. San Francisco’s lawsuit [against the Trump administration], for example, takes a page from Reagan’s playbook, accusing Trump of `striking at the heart of federalism.’ Brown has warned members of the new administration to `keep their hands off,’ while state Senate President Kevin de Leon is vowing `to protect the values of the people of California.’”

“Could a political strategy, devised long ago by California conservatives, be harnessed to defend the state’s progressive values?” asks a publication founded more than a century ago by champions of the unitary state.

However intolerable “sanctuary” cities and counties may be to Trumpians, they are the outgrowth of a constitutional tradition going back to 1798. The concept of “interposition” or “nullification” was employed by state and local governments to defy the Alien and Sedition Acts, which were widely understood to be tyrannical and constitutionally indefensible enactments. The moral and legal basis for that defiance was expressed in the Virginia and Kentucky Resolves, which were written by James Madison and Thomas Jefferson, who invoked the principles of un-enumerated rights and reserved state powers found in the Ninth and Tenth Amendments.

The individual states of the union had both the right and the duty to nullify federal policies that would “consolidate the states by degrees, into one sovereignty, the obvious tendency and inevitable consequence of which would be, to transform the present republican system of the United States, into an absolute, or at best a mixed monarchy,” wrote Madison in the Virginia Resolution. In his Kentucky Resolution, Jefferson warned that “if those who administer the general government be permitted to transgress the limits fixed by that compact, by a total disregard to the special delegations of power therein contained, annihilation of the state governments, and the erection upon their ruins, of a general consolidated government, will be the inevitable consequence[.]”

Jefferson explicitly urged state officials to defy federal orders targeting immigrants who had been designated enemy aliens by the President of the United States:

“Resolved: That the imprisonment of a person under the protection of the laws of this commonwealth, on his failure to obey a simple order of the President to depart out of the United States, as is undertaken by said act entitled `An Act concerning aliens’ is contrary to the Constitution….”

Unlike many contemporary conservatives, and a surprising number of libertarians, Jefferson understood that Congress could not properly authorize the president to exercise such powers, and that matters related to immigration fell within the powers reserved to the separate states. Were he among us today, Jefferson would most likely see the designation of “sanctuary” jurisdictions as a righteous exertion of those reserved powers — and find himself execrated as a “globalist,” “cultural Marxist,” or “Soros stooge” by the contemporary Right Wing.

There is at least one small conservative cohort that has decided to co-opt the “sanctuary” concept for its own worthy purposes. Residents of counties in eastern Oregon, a culturally conservative population ruled by one of the most aggressively leftist state governments in the soyuz, are acting to pre-empt state laws restricting firearms ownership.

Following passage of the Oregon Firearms Safety Act in 2015, which purports to regulate gun transfers between private parties, four counties have adopted Second Amendment Preservation ordinances citing the authority of counties, municipalities, and cities to disregard laws that are manifestly unconstitutional. Coos County resident Rob Taylor explains that such ordinances create “sanctuary counties” for gun owners in “the same way Oregon has become a sanctuary state for immigration.”

There is nobody more receptive to the idea of nullification that someone who seeking sanctuary from the exercise of state power. It is to be hoped that people willing to entertain heretical thoughts about interposition would give their transgressive impulses free rein to consider the possibility that the state itself is an illegitimate construct. 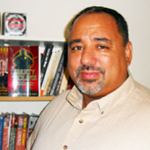