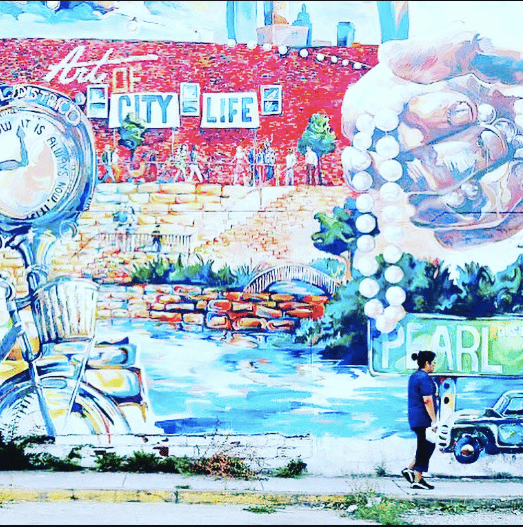 Tulsa, Okla.—Today, residents and supporters of Tulsa’s Pearl District announced the formation of a new group, Save the Pearl Coalition. The new group is dedicated to stopping the city and Tulsa Development Authority (TDA) from taking residents’ homes against their will for the purpose of redevelopment. While the TDA has publicized the plans as a drainage project to improve public safety, the city’s plans show that the Pearl District project is actually meant to make the neighborhood look different by bulldozing existing homes and engaging in redevelopment. Save the Pearl Coalition seeks to protect Pearl District residents and won’t stop its campaign against Tulsa’s landgrab until the city abandons the use of eminent domain in pursuit of its redevelopment plans.

Rather than respect the limits the Oklahoma Constitution places on its power, the city chose to hand its so-called flood control project to the TDA years ago and it is now being used for one purpose: economic development. Tulsa has left a paper trail over the course of several years that shows that “flood prevention” is merely a pretext for the TDA’s redevelopment vision for the Pearl District.

Back in 2010, the Pearl District detention pond project was described in Tulsa’s Elm Creek Master Drainage Plan. That document stated that drainage ponds “have tremendous potential to become catalysts that will accelerate the revitalization of the Pearl District and surrounding neighborhoods.” In a document from the city from 2018 titled “Final Plans for Elm Creek West Pond,” Tulsa makes clear that the purpose of the pond is “to allow for redevelopment and revitalize the Pearl District.” And the 2019 Pearl District Small Area Plan concedes that the flood control facilities “were intended to serve as a catalyst for new, large-scale, urban infill development to be produced through public-private partnerships.”

In other words, according to Tulsa’s own descriptions spanning a decade, this pond is not tailored to address drainage for Tulsa. It is perfectly tailored to help Tulsa and the TDA take over a neighborhood where families are currently living because it wants to redevelop the area.

“We welcome progress to the Pearl District, but not giving up our homes and this neighborhood for others to develop on,” said Gabriela Tarvin, whose home is being targeted for the TDA’s redevelopment plans. “We as private citizens have put our effort and money into making the dream of having a home in the city come true. And here we are, fighting for our home.”

Gaby loves her home because it lets her live near the city. Growing up, she loved that her grandmother lived in Guatemala City, and she always wanted to live in a city herself. Despite the poor condition of the property when she and her husband bought it, they were willing to take a risk to renovate it into a beautiful home because of the tremendous view of the Tulsa skyline. That is now the view from her kitchen window, and she does not want to lose the home in a city that she’s always dreamed of.

“My greatest hope is that the city recognizes this plan is unnecessary and has no real energy of its own. If you take a closer look at the city’s explanation for why it’s doing this, it simply doesn’t make sense. We hope the city makes a better choice” said John Dawson, whose home the Tulsa government plans to take through eminent domain.

Save the Pearl Coalition has created a Facebook group, https://www.facebook.com/PearlDistrictTulsa/, to educate and gather support for residents like Gaby and John.

The group is working with the Institute for Justice (IJ), a national public interest, civil liberties law firm dedicated to stopping the abuse of eminent domain. IJ represented Susette Kelo and her neighbors before the U.S. Supreme Court in Kelo v. City of New London and has successfully litigated on behalf of property owners throughout the country. IJ has helped save over 20,000 homes and small businesses from eminent domain abuse through grassroots activism.

“This is an economic redevelopment issue hiding behind a flood mitigation pond in order to give it the veneer of public use,” said Chad Reese, an activism policy manager with the Institute for Justice. “The Tulsa city government is offending the Oklahoma Constitution and our intelligence with this plan. Tulsa must abandon it once and for all.”