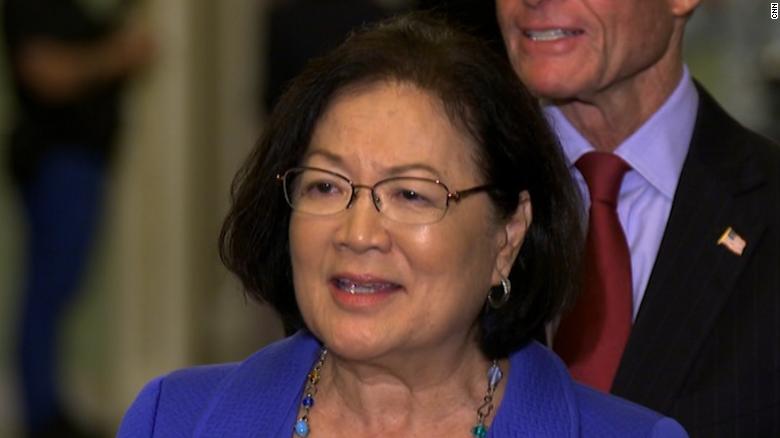 Have you ever heard this: “only white people can be racist” or “men need to learn that they aren’t allowed to say whatever they want anymore” or “some speech just can’t be allowed”.  Even the Kavanaugh hearing revealed the idea that when it comes to gender politics, traditional concepts of justice don’t apply.

I’ve recently realized the root cause of all this.  Contemporary politics is derived from applying Marxian ideas about class to identity politics.  In reality, the real world’s class politics follow more closely to the ideas of classical liberal class theory.  What does this mean?

In classical liberal class theory, groups realize that by finding somewhat arbitrary features by which they can define themselves as a group, and also define who the group outsiders would be, these groups can lobby for advantages in society.  In this more original and accurate version of class theory, there are dozens of such groups, they overlap, and more often than not they are defined by discrete common interest rather than something like skin color or socioeconomic status.  For example, doctors represent a professional class with discrete strategic power in the marketplace.  They perform a service for which there isn’t a terrible amount of elasticity of demand.  They are able to act as a class, and lobby society’s rules, laws, and customs to gain certain class advantages.

In Marxian class theory, things are much less nuanced.  Marx proposes that class competition will inevitably result in the formation of two broad groups: the haves and the have-nots.  Because of this consolidation, the natural power outcome is for the haves (the minority) to enforce a scheme of exploitation on the have-nots.  Any understanding of sociology derived strictly from Marx will frame all social interaction as a prelude to systematic exploitation.

It could be the case that racist or sexist attitudes pertain to social power plays, sometimes.  And that’s no good.  However, this does not necessarily mean that white men are engaged in a vast, coordinated effort to intimidate, and then exploit, women and minorities.

When someone says, “men need to learn to shut up and listen,” they’re invoking a very specific and technical point of ideology.  Leftists operate in a Marxian paradigm.  Every single action is political, to them, and either supports exploitation, or works to end it.  There is no neutrality, there is no non-political environment, there is no gray area.  In a sense, their ideology is almost Calvinistic.

To leftists, open debate is not a liberal good.  Instead, all speech is power projection, because every act and every word is political.  Thus, only speech which opposes exploitation can be allowed.

Do you see, it’s a rather technical point, but it explains why they act the way they do.

Leftists need to study classical liberal class theory.  They need to understand that Marx was discredited, that his theory of history is bunk, and that his economics are laughably wrong.

Yet, social power plays do exist.  In the South during the 1960s, segregation was partially related to economic exploitation.  Slavery, too, was a form of economic exploitation.  You can see features of Marxian class theory here.  There are differences, however.  Black Americans were never a majority except in a couple of states.  In the North, where blacks were a distinct minority, the racism may have been even fiercer than in the South.  So is this about haves enforcing exploitation over have-nots?  Yes, but only a little bit.

Black skin color was not merely an arbitrary token of difference.  There’s a direct connection between people who came from Africa, and its cultures, and dark skin tones.  Slavery exacerbated cultural differences between blacks and whites in America.

When free blacks adopted and fit into white culture completely, it’s not necessarily a case of exploitation that they were mistreated.  The culture of black slaves led many whites to create mental stereotypes, which they applied, unfortunately, to all blacks.  This is not a case of trying to maintain a power advantage, but rather simply how the human mind works.  Of course, understanding the fallacious thinking we’re prone to as humans is important, and we want to correct our mistakes.  Stereotyping is a horrible thing to do to someone.  That doesn’t make stereotyping an inherently political act.

Other political concerns governed race relations.  Slave uprisings in Haiti led to mass slaughters of whites.  A number of Southerners legitimately feared the wrath of the large slave populations, and so in many cases the working conditions of slaves were improved while the prospect of their political rights severely clamped down upon.  In the segregationist South, black political power corresponded exactly with federal political power.  Yes, here’s a case of racism used for political and social power purposes.  However, the context was not a strict haves/have-nots situation.  Other issues were at play.

All of this is only to say that social power politics is not always a stark matter of have and have-not exploitation.  Not everything is political.

To the leftist, even open debate can be exploitation, because speech is a tool – in their view – to reinforce existing power and privilege.  However, in classical liberal terms, speech is absolutely necessary.  Speech is how you determine where social power politics is, in fact, being exploitative, and where it’s something else.

Racism can be used in particular situation to exploit, or otherwise racism might simply be a hold-over, a residual mental fallacy.  When these issues are debated openly, and speech isn’t self-policed, then the difference between exploitative racism and unintended racism becomes clear.  Open debate tends to cast a very unfavorable light on real exploitation, and it can’t often stand up to scrutiny.

On the other hand, open debate also minimizes the importance of hurt feelings.  That is unfortunate, but it’s also the reality of a society full of conflicting interests and conflicting feelings.

Leftists should ask themselves: do you care more about hurt feelings, or stopping exploitation?

In the end, the leftist emphasis on feelings, and self-policed thought crimes just goes to show that they aren’t actually interested in stopping exploitation.  The left is more concerned with having their grand social revolution, which will result in an absolutist society where everything which once wasn’t all political, becomes political.  Where every word has a political connotation, and every citizen is made to pay for their words.  A society of total, central control.

So when Senator Mazie Hirono says men need to “shut up and step up”, I say that I will step up, but I won’t shut up.  Senator Hirono, your words are highly political and ideological, whether you know it or not.  They represent a very dangerous political trend in history, and educated people have a responsibility to speak out against you.  Finally, injecting your politics into the pain and trauma of female victims is itself a disservice to those victims.  She could have said, “When there’s a victim, everyone needs to listen, because often people don’t.”  That’s different than “Men need to shut up, and step up.”  The Senator’s words, however, are highly in vogue.

Of course, to the left, all I just did was “mansplain” and exploit the US Senator through my position of privilege.

In conclusion, not all social action is necessarily exploitative, not in the least within a strict spectrum of haves and have-nots.  Therefore, not everything is political.  Therefore, we don’t need to police thought and speech.  Social action is, in a sense, too complicated to fit Marx’s neat paradigm.