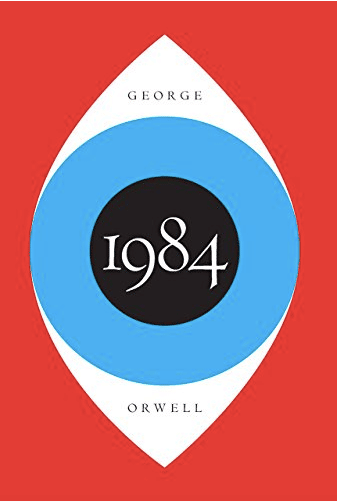 I’ve often joked that George Orwell’s novel 1984 was meant to be a warning, not an instruction manual. And yet every day the U.S. marches closer and closer to making Orwell’s dystopian nightmare a reality.

Nobody wants this. So, why is it happening? Because way too many people do want the intermediate steps that necessarily lead to Orwell’s vision.

In the opening chapter of the book, Orwell drops the reader into a fully functioning, all-encompassing surveillance state. He hints at the path society took leading up to the omnipresent gaze of Big Brother, but the reader doesn’t experience the slow erosion of privacy and the gradual expansion of government power that eventually developed into the society we experience in 1984.

Consider this: at some point in the past, Orwell’s fictional world would have probably looked a lot like ours. Big Brother wasn’t watching every citizen’s every move. There weren’t cameras on every corner and microphones in every building. It wasn’t like the people of that society woke up one day and found Big Brother peering into their living rooms. Step-by-step, over time, society and the government evolved into the totalitarian surveillance state we experience in the novel.

Are we on a similar path right here in the good ol’ US of A?

I’ve never heard anybody say they would like to live in an absolute surveillance state like the one described by Orwell. Nobody reads the book and says, “That’s the kind of future I want!” Readers generally recoil in horror at the prospect of ever-present government eavesdropping and totalitarian control over their every utterance and even their thoughts.

The problem is that a lot of people are perfectly fine with the incremental steps that eventually lead to that point.

They want ICE to use facial recognition technology to “ferret out illegal immigrants.” They want the NSA to vacuum up cellphone calls and emails to “protect them from the terrorists.” They want police to use stingray devices to track down “dangerous criminals and drug dealers.”

Eventually, you end up with Big Brother in your living room. When you get to that point, it’s too late.

You may think, I don’t want Big Brother. I just want the government to protect me. Well, I doubt the people living in Orwell’s fictional world wanted Big Brother either. But they got Big Brother. When you start walking down a path, you’re eventually going to get to the destination.

The Fourth Amendment was intended to serve as a line in the sand that the federal government must not cross, no matter what. But when we allow politicians to put even one toe across that line, it will almost certainly lead to bigger violations of your rights down the road.

Writing as “A Farmer in Pennsylvania” in the years leading up to the American Revolution, John Dickinson warned about the gradual, step-by-step encroachment of government power.

“All artful rulers, who strive to extend their power beyond its just limits, endeavor to give to their attempts as much semblance of legality as possible. Those who succeed them may venture to go a little further; for each new encroachment will be strengthened by a former. ‘That which is now supported by examples, growing old, will become an example itself,’ and thus support fresh usurpations.”

The BIll of Rights in general and the Fourth Amendment specifically, were intended to prevent fear-driven infringements of your basic right to privacy during a crisis. It doesn’t allow for exceptions and it doesn’t care whether or not you have something to hide. When you erase that line, it’s gone forever.