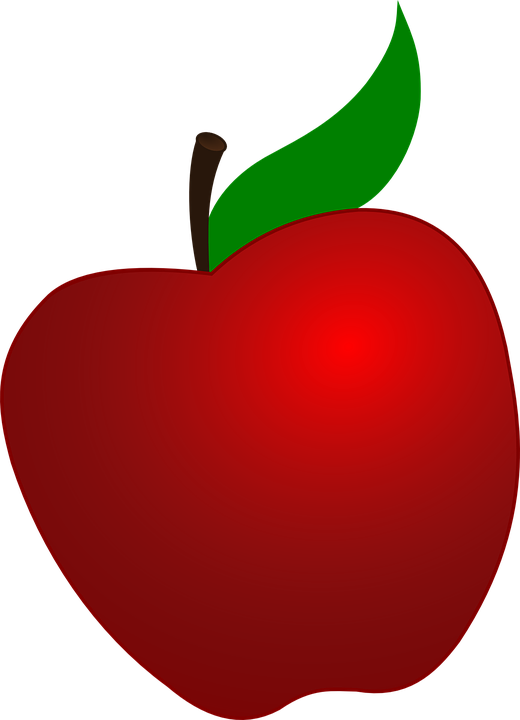 CNN is running a house commercial that on its face is a plea for respect for demonstrable facts. “This is an apple,” a voice says over an image of a bright red apple. “Some people might try to tell you that it’s a banana. They might scream, “Banana, banana, banana,” over and over and over again. They might put “BANANA” in all caps. You might even start to believe that this is a banana. But it’s not. This … is an apple.”

The commercial closes with the text “Facts First” and the CNN logo. CNN has aired several variations of this commercial, all with the theme that someone is trying to make you think an apple is not an apple. In one commercial we’re told that whether we view the apple from the right or left, it’s still an apple.

Well, sure: apples are apples; we should respect demonstrable facts and be wary of those who tell us to doubt our own eyes. We might point out, of course, that what CNN shows us on the television screen might or might not really an apple. I can’t pick it up, smell it, or cut into it. It could be a sculpture or a painting or a computer-generated image. CNN implicitly asks us to trust its word on this. Has it earned that trust?

But let’s leave that difficulty aside and take CNN’s word that it is a real apple.

If the commercial is alluding to Donald Trump’s prodigious capacity to evade demonstrable facts, like the size of inauguration crowds or electoral-college margins, it is on firm ground. Trump is remarkably unconstrained by reality. He lies even when the benefits seem small and the truth is easily ascertained. Trump is the consummate bullshit artist.

But the commercial is also deceptively self-serving because CNN, like other news outlets, doesn’t merely show or describe fruit to its audience. Most of what CNN talks about is more complicated. The commercial oversimplifies things to the point of being misleading (which is not to say, I hasten to add, that Trump isn’t the consummate bullshit artist).

So let’s imagine a different CNN commercial. On the screen we see a curtain the screen, and a voice says:

The 17 agencies of the U.S. intelligence community unanimously say there’s an apple behind this curtain. Some people might try to tell you that it’s a banana. They might scream, “Banana, banana, banana over,” and over and over again. They might put “BANANA” in all caps. You might even start to believe that a banana is behind the curtain. But there’s no banana behind it. There’s … an apple. The American intelligence community unanimously says so, and we believe what the government says. You should too. All good Americans do.

Would you be impressed? Probably not, but this imagined commercial more accurately captures the sort of “facts” the media routinely present as undeniable. They pretend they’re delivering hard facts when they’re actually delivering someone’s assertion with the assurance that evidence, which often must be kept secret in national-security matters, exists. You and I are expected to take the truth of the assertion on faith. Its source, which is regarded as virtuously disinterested, is thought to be evidence enough. The media treat the assertion as unquestionable fact from that point onward. If others question it, they are accused of trafficking in conspiracy theories. They won’t be invited to present their cases or to debate their opponents. They will be marginalized and ridiculed. Or ignored.

The list of so-called facts which are really assertions that have been seriously challenged if not refuted is long and includes those regarding Russian hacking and other “threats to our democracy,” catastrophic man-made global warming, the necessity of national-security/surveillance state, the imperative of a U.S. global military, the benefits of the minimum wage, the sustainability of entitlement programs, the soundness of Obamacare, the effectiveness of gun control, the danger of trade deficits, the benign nature of budget deficits, the public interest in high taxes on business, and government officials’ unselfish commitment to the general welfare.

In all these cases the establishment media hold that since the assertions they report are facts (like apples), there is no controversy that merits acknowledgment, much less debate. To question the official narrative is to be branded a “denier,” a smear that is intended to make listeners lump all dissenters with Holocaust deniers.

CNN can show us an apple, but it can’t show us Russian election meddling or global warming or people being made safe by gun control. Unlike apples, these are complex things not amenable to depiction. Talking about them entails suppositions — usually unspoken and unacknowledged — that may themselves be controversial and in need of justification. To assert such “facts” is to assert many others things that typically do not get the attention they require.

Does this mean the truth is beyond our reach? Of course not. It means that discovering the truth about complicated matters is a continuing arduous process of discussion and debate. And that means dissenting views should not be lightly dismissed merely by declaring that a government agency or a “consensus” has decided the case. The news media ill-serve the public when they take government or so-called experts assertions on faith without having those assertions tested in public.

I imagine that journalists without exception would claim among their inspirations John Stuart Mill’s defense of open debate in On Liberty. Maybe it’s time they reread Mill’s great little book, where they would find these words:

If the cultivation of the understanding consists in one thing more than in another, it is surely in learning the grounds of one’s own opinions. Whatever people believe, on subjects on which it is of the first importance to believe rightly, they ought to be able to defend against at least the common objections…. [O]n every subject on which difference of opinion is possible, the truth depends on a balance to be struck between two sets of conflicting reasons. Even in natural philosophy, there is always some other explanation possible of the same facts… But when we turn to subjects infinitely more complicated, to morals, religion, politics, social relations, and the business of life, three-fourths of the arguments for every disputed opinion consist in dispelling the appearances which favor some opinion different from it. The greatest orator, save one, of antiquity, has left it on record that he always studied his adversary’s case with as great, if not with still greater, intensity than even his own. What Cicero practiced as the means of forensic success, requires to be imitated by all who study any subject in order to arrive at the truth. He who knows only his own side of the case, knows little of that. [Emphasis added.] His reasons may be good, and no one may have been able to refute them. But if he is equally unable to refute the reasons on the opposite side; if he does not so much as know what they are, he has no ground for preferring either opinion. The rational position for him would be suspension of judgment, and unless he contents himself with that, he is either led by authority, or adopts, like the generality of the world, the side to which he feels most inclination.

Mill goes on to give advice that should be taken to heart by all news producers and editors: don’t waste time tackling straw men.

Nor is it enough that he should hear the arguments of adversaries from his own teachers, presented as they state them, and accompanied by what they offer as refutations. That is not the way to do justice to the arguments, or bring them into real contact with his own mind. He must be able to hear them from persons who actually believe them; who defend them in earnest, and do their very utmost for them. He must know them in their most plausible and persuasive form; he must feel the whole force of the difficulty which the true view of the subject has to encounter and dispose of; else he will never really possess himself of the portion of truth which meets and removes that difficulty. Ninety-nine in a hundred of what are called educated men are in this condition; even of those who can argue fluently for their opinions. Their conclusion may be true, but it might be false for anything they know: they have never thrown themselves into the mental position of those who think differently from them, and considered what such persons may have to say; and consequently they do not, in any proper sense of the word, know the doctrine which they themselves profess…. So essential is this discipline to a real understanding of moral and human subjects, that if opponents of all important truths do not exist, it is indispensable to imagine them, and supply them with the strongest arguments which the most skillful devil’s advocate can conjure up.

I concede that my discussion has a premise of its own that may be controversial and in need of demonstration. I’ve assumed that the news media wish to fairly and competently inform their audiences about what’s going on. But I could be wrong about that. Their mission may be to act like the state’s ministry of information.

But I hope not. I hope that at least some news people really want to uncover important facts and share them with their audiences. If that’s what they want, they should rethink their uncritical willingness to let the state and its cronies determine what counts as a fact.