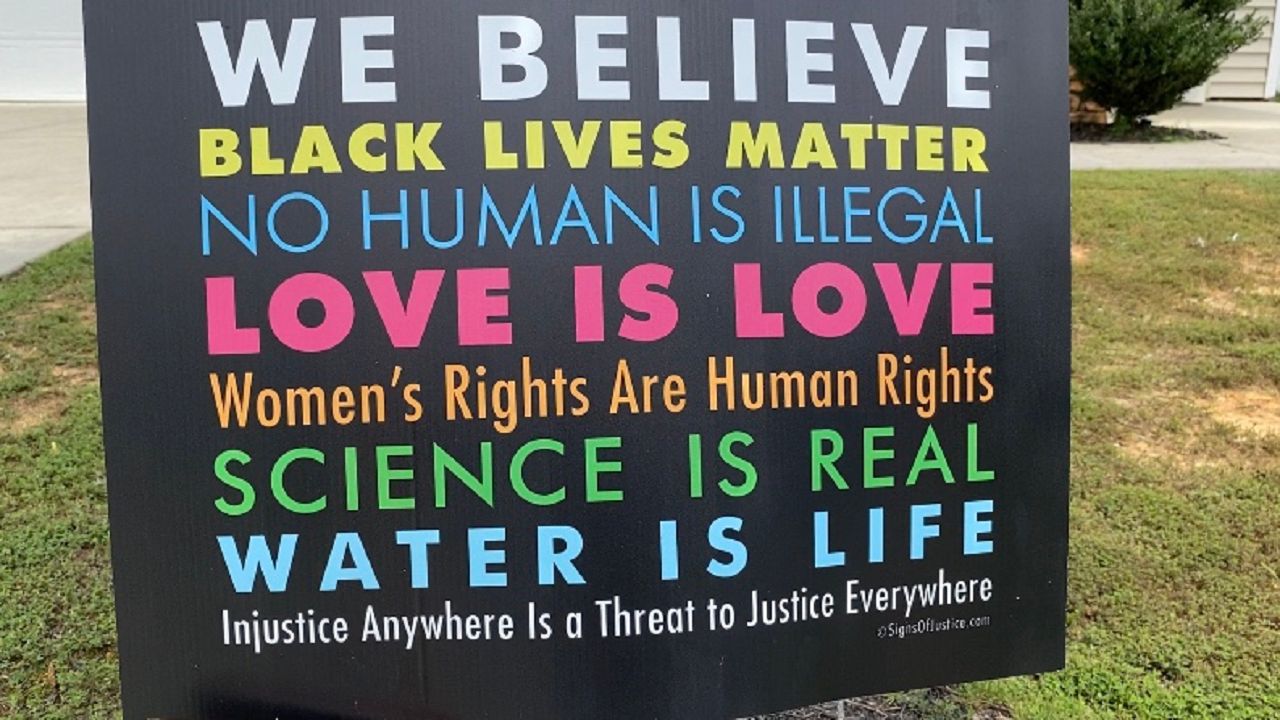 When I see four of those yard signs on my morning walk, I chuckle. If I’m in a mischievous mood I might someday suggest a couple of memes that the owners might add.

I could embrace all of those memes, but not without some qualification and in several cases, a good deal of qualification. But that’s for another day.

Today I want to focus on numbers 5 and 6: “Science Is Real” and “Water Is Life.” I wouldn’t comment on these were it not for their ominous implications for government policy. Some people are ready to spend trillions of other people’s money because of what they suppose those sayings mean.

They are true of course, but they are misleading because they are incomplete. (Would many people actually deny that science per se is real or that water is essential to life?)

My suggestion to the sign owners would be, first, to take a Sharpie and squeeze in these words after “Science Is Real”: “But Scientists Are Human Beings Too.” Not every passerby will get it, but some may interpret it correctly to mean that scientists, despite the white lab coats, are subject to the same imperfections as other people: among them, bias, vanity, greed, insecurity, what Herbert Spencer called “the pressing desire for careers,” and a wish to protect the psychological investment that can result when one spends a good deal of time mastering a subject.

The climate row provides a good example here. If one comes to think of oneself as having mastered climatology, one hardly wants to hear other scientists with impeccable credentials say that “the climate” is too complex a subject to be mastered by anyone. In fact, complex doesn’t even begin to describe it. As the scientists who are climate optimists point out to the alarmists, “the climate” is not a thing but a mind-blowing collection of many moving and interrelated parts, the behavior of which is inherently unpredictable and maybe beyond complete comprehension.

That such a complex phenomenon might boil down–sorry about that–to just the CO2 and (noisy) average-global-temperature records dating back, say, a century is something that even we lay people can balk at. As the climate scientist Patrick Frank of Stanford University–who has demonstrated the error-riddled nature of the IPCC’s computer models, which cannot even predict the past–wrote in Skeptic magazine, “Earth’s climate is warming and no one knows exactly why. But there is no falsifiable scientific basis whatever to assert this warming is caused by human-produced greenhouse gases because current physical theory is too grossly inadequate to establish any cause at all.”

Want to hear it from a physicist who was in Barack Obama’s energy department?  Here’s Steven Koonin, author of the new book Unsettled? What Climate Science Tells Us, What It Doesn’t, and Why It Matters: “[T]he science is insufficient to make useful projections about how the climate will change over the coming decades, much less what effect our actions will have on it.”

Okay, then how about a leftist physicist? Canadian Denis Rancourt: “There are more unknown and unforeseeable CO2 evolution feedback mechanisms [than] there are climate research institutes on the planet.”

Moreover, “CO2 is a vital nutrient used by plants in photosynthesis. Increasing CO2 in the atmosphere ‘greens’ the planet and helps feed the growing human population.” (See this world map illustrating the global greening that the increasing CO2 seems to be producing, much of it in the Amazon rainforest.) Everyone knows that operators of greenhouses pump in CO2 (not “carbon”) to get bigger plants because it isn’t a pollutant–it is plant food.

So which office does CO2 go to to get its reputation back?