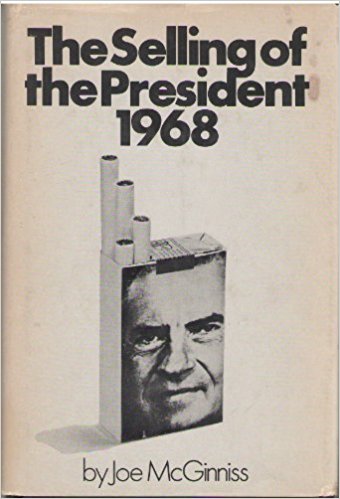 The panic over Cambridge Analytica looks like an acknowledgment that Russiagate is a losing horse.

CA is the latest excuse for Hillary Clinton’s ignominious loss to Donald Trump, following “the Russians” and former FBI Director James Comey. Since those others haven’t exactly carried the day — still no evidence given against Russia and plenty of unflattering stuff came out about Trump when Comey was grandstanding — it must have been time for a new tack. CA’s psychographic microtargeting appeared to fill the bill.

Here’s the story: CA (with billionaire Robert Mercer and Steve Bannon behind it) is said to have used profile data “harvested” from Facebook — that’s right: stuff people revealed about themselves — to predict what people would do when exposed to certain election-related material online. It was all so simple: Profiling data. Prediction. Manipulation. Trump Victory. Next stop the White House.

Swallowing the braggadocio of CA’s principals — unrelated, of course, to their hunt for new clients — people who refuse to believe Trump could possibly have won the election legitimately are screeching that CA’s diabolical methods likely determined the decisive narrow pro-Trump margins in the industrial northern swing states.

Any reasonable person would be skeptical. CA could really predict the behavior of strangers under various calibrated stimuli? Based on what they “liked” on Facebook and other personal tidbits they’ve disclosed?

I don’t know about you, but I “like” posts for any of several reasons: I may agree with the content, or appreciate the posting of a link however much I abhorred the message, or want to keep up with the ensuing discussion. The list could go on. The point is that trying to predict my reaction to ads or apparent news stories on the basis of my “likes” seems like a questionable use of time and money. At the very least, all kinds of problems plague the move from data collection to prediction to manipulation. We’re dealing with human beings, for heaven sakes. (See “Cambridge Analytica’s Facebook Data Abuse Shouldn’t Get Credit For Trump.”)

As Wikipedia puts it (references omitted):

Political scientists have expressed strong skepticism of the claims made by Cambridge Analytica about the effectiveness of its microtargeting of voters (microtargeting refers to the process of “analyzing data to predict the behavior, interests, and opinions held by specific groups of people and then serving them the messages they’re most likely to respond to”). Political scientists note that access to digital data is not going to provide significantly more information than from public voter databases, and the digital data has limited value over time as the preferences of voters change. Political scientists also note that it is hard to infer political values from personality traits, which means that it is easy to mistarget the messages that are sent to voters with specific personality traits. Research discussed by Brendan Nyhan of Dartmouth College showed that it is extremely hard to alter voters’ preferences, because many likely voters are already committed partisans; as a result, it is easier to simply mobilize partisan voters. Tufts University political scientist Eitan Hersh, who has published on microtargeting in campaigns, has expressed strong skepticism about Cambridge Analytica’s methods and their purported effectiveness, saying “Every claim about psychographics etc made by or about [Cambridge Analytica] is BS.” [Emphasis added.]

There are at least two parts to the CA controversy. The first regards alleged improprieties in the access and use of Facebook data. Chris Kavanaugh clarifies this matter; what’s important here is that Facebook was not hacked and no breach of its internal data occurred. However, under Facebook rules since changed, an app developer gathered profile data not only from 270,000 Facebook users who installed the developer’s app, but from their friends as well — 50 million people in all. The developer apparently sold the data to CA in violation of a poorly enforced Facebook policy.

Be that as it may, the second issue in the CA brouhaha is what relates directly to the election: the alleged threat to the political system from psychographic microtargeting. Should we be worried? Here are several considerations:

First, Facebook users know — or should know — that information they give up on the internet is available to advertisers. Being shocked by this is like being shocked that commercial television is not ultimately about entertaining you but about delivering you to people who want to sell you soap, antacids, and beer. (Not that there’s anything wrong with that. Advertising brings goods and services to your attention that you don’t know about but would want to know about.) We need not be happy about this aspect of the world we inhabit, but by now we should understand that apps probably have privacy-compromising default settings and act accordingly.

Second, the poor record of “scientific” psychographic microtargeting should have made CA’s techniques a nonstory. Ted Cruz used CA first in the 2016 presidential primaries. He dropped out. Ben Carson used the firm too. He too dropped out. Marco Rubio and John Kasich used similar firms, and you know how far they got. (Do Barack Obama’s successful campaigns go against this? Maybe not.)

Third, we can’t even be sure CA used the method we’re being spooked about, or if it did, whether the Trump campaign took advantage of it. The campaign reportedly found the standard Republican National Committee data more solid.

Fourth, when Barack Obama’s campaign used profiling data gathered from social media, it won praise for its innovative 21st-century manner of running for president. It’s hard not to conclude that for enlightened people (i.e., Clinton voters), this high-tech tool was just dandy until folks with the wrong political outlook used it.

Fifth, we have an inflated notion of psychology, psychiatry, and their practitioners. It’s as though we’re machines easily understood and easily manipulated by calibrated stimuli administered by data-armed people in white coats holding clipboards. Psychiatrists are notoriously inept at predicting what their own patients — people they are supposed to know well — will do. Reading some Thomas Szasz is the antidote here. As Szasz once aphorized, “There’s no psychology. There is only biography and autobiography.” At any rate, the model of the easily manipulated voter rests uneasily with any robust belief in democracy.

Sixth, people who allow themselves to be unskeptically impressed by what they see on their screens need to grow up. Anyone who believes everything on the internet (or everything they already agree with) apparently missed Abraham Lincoln’s admonition about that. (Perhaps a big dose of H. L. Mencken is also in order.)

Seventh, the hair-on-fire warnings about CA and the Trump campaign are feeding the mounting effort to regulate communication via the internet. Free speech is under threat on several fronts now. (The remarkably named Honest Ads Act is now before Congress.) The recent objectionable restrictions by Facebook and YouTube, to be sure, are actions of private firms. But they were not adopted in a politics-free environment. The heads of those companies know full well that their overlords in Congress have the power to do to them what they won’t do to themselves and the public.

I’m quite sure that nothing I’ve said here will allay the fears of those caught up in the Trump/CA/microtargeting panic. So here’s a solution, one I’ve previously offered in connection with the campaign-finance panic of a few years ago. If we really want to see less money and effort devoted to manipulative campaigning, the simplest solution is to shrink government power. People invest money and effort in politics because such power is regarded as worth having. But just as no one shops at a store with empty shelves, so no one would go to great lengths to be or to elect a politician if government positions were worth no more than a quart of warm spit. You want to shrink the role of money and manipulation? Shrink power.

But here’s the thing: the last thing that people who worry about those things want is the elimination of the root cause. They favor power, if not for themselves, then for those who will do their bidding. So they champion intrusive government “of the people, by the people, and for the people” while detesting the inevitable “packaging [of] voters like they’re consumers” — as if that were something new. Joe McGinniss’s book about Richard Nixon’s first successful presidential campaign was called The Selling of the President 1968. (Roger Ailes was the villain of that piece.) But selling presidents began well before 1968, as William Henry Harrison’s 1840 “log cabin” campaign illustrates. Campaigns are little more than theatrics without the willful suspension of disbelief.

Just as water seeks its own level, attempts at voter manipulation will take place no matter how hard the “good government” types try to prevent it. It’s in the nature of the beast. And since that’s the case and reformers don’t want power shrunk (much less eradicated), they turn to limitations on free speech to achieve their objectives.

Did anyone realistically expect things to turn out otherwise? The quest for democracy without attempts at voter manipulation is like a quest for squares without straight lines and right angles.