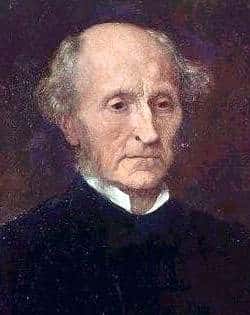 Hard cases make bad law, an adage apparently coined before 1837 tells us. In other words, “an extreme case is a poor basis for a general law that would cover a wider range of less extreme cases.” Not everyone has agreed that this is the case, but we’ll let that go. I just want to point out that easy cases also may make bad law, or at least bad rules.

Take the question of whether social networks should kick people off for saying things that other people find discomfiting, offensive, or “threatening” (with that word being used extremely loosely, having nothing to do with a physical threat). Leave aside that the networks are privately owned, however ominously close they may be to certain powerful politicians. I’m not talking about property rights here. That you have a right to do something does not mean that you ought to do it.

Is it generally desirable that Facebook, Twitter, and the rest don’t operate on a complete “come one, come all” basis?  Many people say yes; they want to be assured that no one will enter their range of vision who will make them uncomfortable in one way or another. True, social-networking participants already can exclude participants they don’t wish to see from their range of vision. But some want more than that: they want to keep everyone else from seeing the “offensive” participants.

But others think that having a very low bar, if any at all, for excluding participants undercuts the very point of social networking, the value of which lies in the easy availability of the widest range of opinions, analyses, and reporting of events. They relish free-wheeling conversation about anything while accepting the trade-off that some real jerks will make their unpleasant presence known. Those who favor a liberal admittance policy are satisfied with being able to block or ignore participants whom they find annoying or worse.

Considering the powerful practical case for free speech that John Stuart Mill put forth in On Liberty, it seems that erring on the side of liberal criteria in the social networks is the best way to go. Even jerks who are wrong about a matter can have something of value to say. A flawed criticism or an overlooked fact may prompt a worthwhile refinement of an already basically sound position.

Mill summed up his views when he wrote, “He who knows only his own side of the case, knows little of that.” He went on:

His reasons may be good, and no one may have been able to refute them. But if he is equally unable to refute the reasons on the opposite side; if he does not so much as know what they are, he has no ground for preferring either opinion. The rational position for him would be suspension of judgment, and unless he contents himself with that, he is either led by authority, or adopts, like the generality of the world, the side to which he feels most inclination. Nor is it enough that he should hear the arguments of adversaries from his own teachers, presented as they state them, and accompanied by what they offer as refutations. That is not the way to do justice to the arguments, or bring them into real contact with his own mind. He must be able to hear them from persons who actually believe them; who defend them in earnest, and do their very utmost for them. He must know them in their most plausible and persuasive form; he must feel the whole force of the difficulty which the true view of the subject has to encounter and dispose of; else he will never really possess himself of the portion of truth which meets and removes that difficulty. [Emphasis added.]

I find that an unanswerable argument, though obviously I am committed to hearing the best arguments against it. Notice that Mill endorsed the principle of charity in writing that we should hear the strongest case from its own advocates and not from critics. That’s called “steel-manning” these days in opposition to “straw-manning.”

Now an obvious problem arises that relates to scarcity. No one has enough time to seek out and consume every bit of criticism of every position they hold. So we each have to pick and choose according to our priorities, doing the best we can with what we have.

However, none of that justifies restrictions on what a free-wheeling forum promises to be. Someone might challenge this view by asking what’s wrong with excluding someone who does little more than threaten people with violence or ladle out disgusting slurs of one kind or another. To which I would respond that I wouldn’t be upset if a person who presents such an easy case were excluded. (The criminal law already addresses specific threats to identifiable persons.) But caution is in order. The slippery slope is real, so it’s not only easy-case people who are at risk. It’s also purveyors of alleged misinformation. Of course some stuff posted deserves that label, but it has also been applied to maverick opinions and factual accounts voiced by qualified people merely because their views clash with the position of government-anointed experts (who have their own agendas). Whether the social-network bigwigs believe in what they are doing or they just want to curry favor with the powerful, who needs that? Easy cases can indeed make bad rules.

At any rate, why should we have confidence that the people in charge of the social networks or their algorithms will confine their expulsions to only the most egregious cases? We already know better. What did Lord Acton say about power again? It goes for private power too.

What we must do is oppose government intervention because the politicians and regulators will likely defer to the corporate incumbents, and that means market entry will become even more difficult than it already is for innovative upstart competitors. The ideal is a wide range of choices so people who want no-holds-barred social networking can find it and those who want tamer environments can also have their way. Since people have different tastes, the market can have many winners.